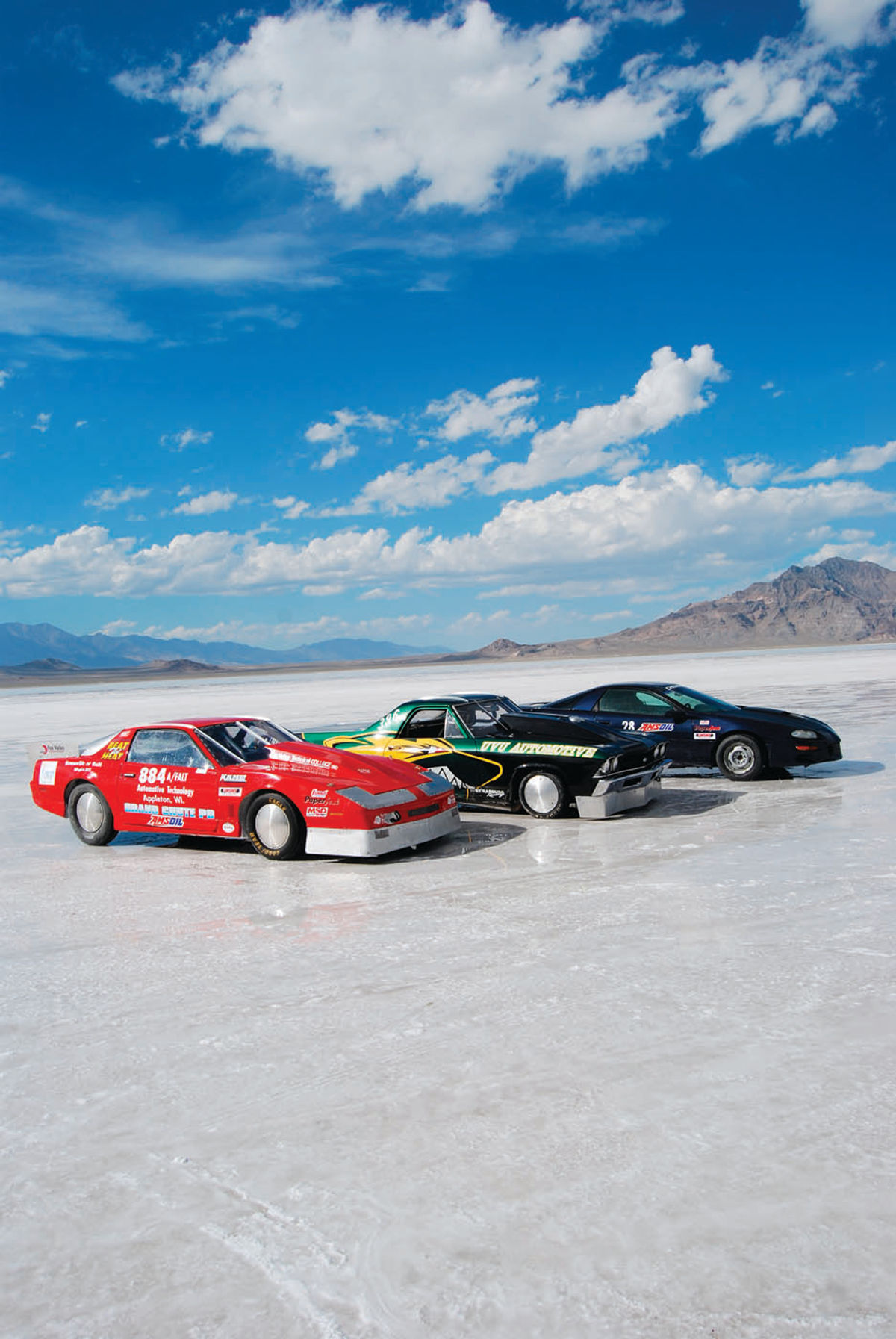 The Camaro Turned Out to Be the Unexpected Star.

THE IDEA BEHIND taking the Fox Valley Technical College 1989 Firebird to Bonneville Speedway was to get it in the 200-mph Club. This was nearly accomplished on its first run last September. A 193-mph speed was recorded — just short of the goal.

The idea of taking a second car — a 1999 Camaro — to Bonneville was to get the six younger members of our 12-man racing team behind the wheel. Instead of just turning wrenches, these under-30 gearheads had the opportunity to drive the Camaro at Bonneville. And those who tried it did quite well. Three of the six—all of the students who tried racing the car—qualified, along with one adult advisor. And a fourth student qualified in his own Gen III Camaro that he and his wife drove from Wisconsin to Bonneville.

Lacking a full roll cage, a fire suppression system, a parachute and a nitrous oxide setup like those found on the Firebird, the Camaro was basically stock. It couldn’t be raced on the Long Course — where speedy, purpose-built racing cars compete — but it performed its 130- to 140-mph Short Course runs perfectly.

The Midnight Blue Camaro originally had a V-6 under its hood, but FVTC team members took that engine out and dropped in a Gen III GM 5.3-liter LS V-8 — an all-aluminum H.O. version. The Camaro was the “new” car for the team last fall and received lots of prep work at “The Tech” (that’s how Fox Valley Technical College is known locally) before it went to Bonneville.

The Camaro then became the highlight of the team’s Bonneville “field trip” because it didn’t have any of the problems that hounded the Firebird. Although the Pontiac went faster at first, problems developed with the rear axle and transmission that took it out of the running. The Camaro, on the other hand, certainly did the job that it was intended to do. In fact, its success on the Salt was particularly amazing when you consider that much of the prep work done on the car at the college’s Automotive Technology Center in Appleton, Wisconsin, was rushed for the long trip to Utah.

When we first started working on the car in August, it was a “roller” that had to be pushed from the parking lot into the college’s shop. The hotter engine needed carb tuning and the ignition system had to be set up for high-speed racing.

As for the car’s body, there were aerodynamic and weight enhancements such as shaping and installing a sheet metal front air dam and removing anything on the car that wasn’t absolutely needed. In addition, some plastic body cladding around the wheel wells had to be cut back to allow space for fatter tires. The wheel well project was a success even if the left and right sides didn’t exactly match up. The cutting was done by hand and whether both sides came out looking the same was low on the list of priorities.

The Camaro’s suspension was chained down to make the car sit lower to the ground for better aerodynamics. Chains were attached to the frame and the suspension arms to compress the coil springs a bit. This did nothing for ride quality, of course, and with that the Camaro’s street driving days were over.

More than likely, the car’s Bonneville racing days are now over, too, as the Camaro is slated to become the FVTC “Beat the Heat” entry in the Friday evening drag races at Wisconsin International Raceway (WIR) in Kaukauna. For those unfamiliar with Beat the Heat, it’s a program found across the U.S. and Canada designed to draw community youths and police officers together through a shared interest in cars and racing.

In other words, the Camaro is not exactly being “put out to pasture.” On the contrary, some of the younger members of the school’s racing team prefer drag racing to land speed racing, so we’re sure we’ll see the Camaro running as successfully in the quarter mile as it did on the Bonneville Salt Flats. 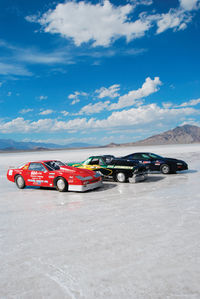