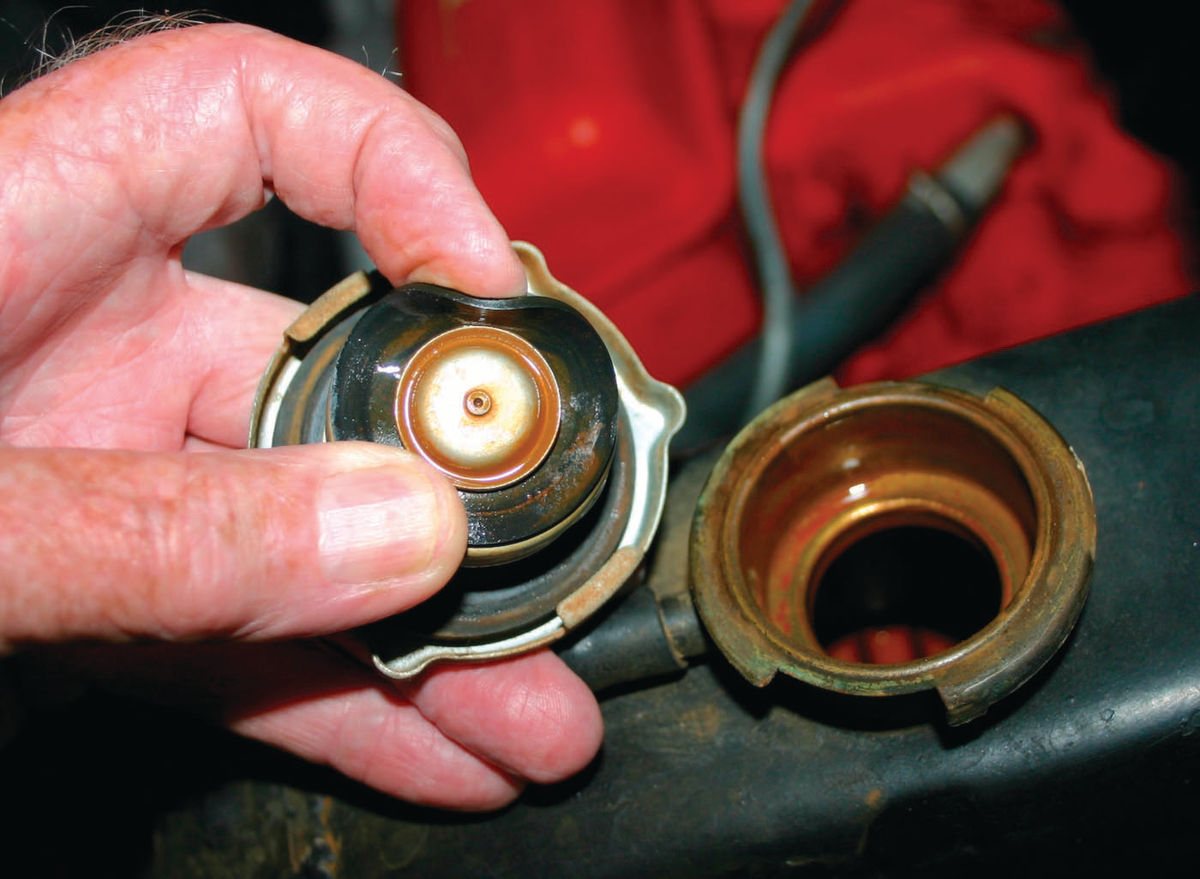 My local vintage car club has recently forwarded the following message they received from a national club newsletter. I always take these warnings with a grain of salt and like to get a second or third, opinion before I rush off and take action with my fleet of six British cars ranging in age from 28 years to 67 years. I recall the hysteria that surrounded the introduction of unleaded gas and the doom and gloom predicted that it would destroy our older cars’ valve seats. Now, having used it for over 40 years, at least for me, none of these predictions have borne out.

The same seems to be true for certain gear oils that were reported to “eat” away at brass or bronze gearbox components. And then there was the 10% ethanol gasoline that was incompatible with our older cars. In my case none of these things have happened.

And now we have the antifreeze warnings. It has been reported that the wrong type will attack gasket material and a local radiator shop says it will eat away at traditional copper radiator solder joints. So what is the truth here? Below is the message my club sent out:

“Under no circumstances should an “Extended Life” antifreeze—which utilizes Organic Additive Technology (OAT, H-OAT, or N-OAT) as one of its chemicals—ever be used in our cars over 10 years old. It attacks the gaskets and gasket cements in our cars, causing major leaks, forcing ultra-expensive repairs. The “Silver Ghost Association” Rolls-Royce people have documented massive cooling system failures apparently caused by these antifreeze products.

“The antifreeze that can be used safely in our cars uses an olderfashioned Inorganic Additive Technology (IAT) additive. You cannot tell by the color of the antifreeze if it’s safe to use. Also, the product may be labeled “Safe for Older Cars”—meaning 10 years old at most. Brands to be avoided are all Prestone lines and Zerex’s G-05 in the Gold container. Avoid any “extendedlife” antifreeze. None of us wants to pull and rebuild our cars’ engines.

“Acceptable brands are Peak, Peak’s HD Product “Sierra,” and Zerex Original Green in the white container. If any of the OAT, H-OAT, or N-OAT products are in your car the cooling system should promptly be drained— radiator and block—the system flushed thoroughly, and IAT antifreeze installed.”

As I have stated before in Mechanic on Duty, I use only GL-1 gear oil in my old cars in order to save the non-ferrous metals in the synchromesh cones and other parts. Modern gear oil can cause damage over the long haul. Also, gasoline with alcohol can cause problems with old hoses and fuel lines that were not designed for it. Alcohol will also damage the lining material that is often used to seal old gas tanks and will cause it to gum up the fuel delivery system. And finally, the alcohol in gasoline attracts and mixes with moisture sucked into your fuel tank through the tank vent, and can cause problems after long storage.

However, if you have an old engine down for an overhaul, it would probably pay to use modern valves and valve seat inserts if you can. It is also the case that lead provided a sort of lubrication for valves in flathead engines, but that was a very minor factor because lead was not added to gasoline in any appreciable quantity until after World War II.

The club information you included about coolants is correct and important for all classic car owners. While the old inorganic ethylene glycol coolants are not a problem in cars made before 1990, the newer coolants with organic additive compounds will damage old soldered brass radiators and eat the gaskets and silicone seals in the engine.

But I am even more old school than that, because I own a couple of cars from the 1940s that will overheat if you run any coolant in them during the summer. I use nothing but straight water in their systems, along with a can of rust inhibitor and water pump lubricant. Nothing cools better than water. “Coolant” of any kind merely raises the boiling point of the water. That is a good thing, but only if the cooling system was designed for it.

The cooling systems in modern cars use 14-17 pound pressure caps and half coolant/half water partly so they can run smaller cooling systems, and partly because aluminum block engines corrode very quickly with water-only in them. On the other hand, cars made in the 1950s and earlier with cast iron blocks and brass radiators were designed for nothing but water, except in the winter, at which time you added antifreeze that you then removed in spring.

I have used nothing but water and rust inhibitor in my restored 1940 110 Packard for over 30 years and have had no problems even on hot days in traffic. I have also done this with a 1938 LaSalle, a 1939 Packard, a 1955 Chevrolet Bel Air, and a 1958 Chevrolet Pickup and none of them have had cooling problems.

In each case the cooling systems were back-flushed when I got the car, the radiator cleaned or replaced, the thermostat replaced, and then again every two or three years thereafter; the hoses have been kept fresh and flexible, and the systems flushed out every year, and none of my cars overheat or are corroded.

On the other hand, if you have made performance modifications to the engine or added air conditioning that was not there originally on a classic from the ’50s on back, you may have added an appreciable heat load on the engine that will need to be dealt with if the car is going to be used in traffic or on hot days.

If you add air conditioning, try to find an original fan that was used on your brand and year of car if it came equipped air conditioning. Those fans were designed for the job and work better than any after-market fan.

You can also go to a more modern triple or quad-core fine-finned radiator to increase cooling capacity. And you can use a thermostatically controlled pusher fan to help the stock mechanical fan when in low-speed traffic or idling at a stop. I would not replace the old original mechanical fan with an electric one though, because it has been proven that mechanical fans cool better than electric, and by the way, it has also been established that pusher fans on the front of the radiator are less efficient than puller fans on the back of it.

Don’t go to an aluminum radiator to try to help cooling problems though. The old brass types do a better job. Racers use aluminum radiators to save weight, but that would be kind of silly on a 3500-pound street machine. Besides, if your classic-era car is designed for water only, an aluminum radiator will have a short life unless you run coolant as well, and that puts you back to running hot.