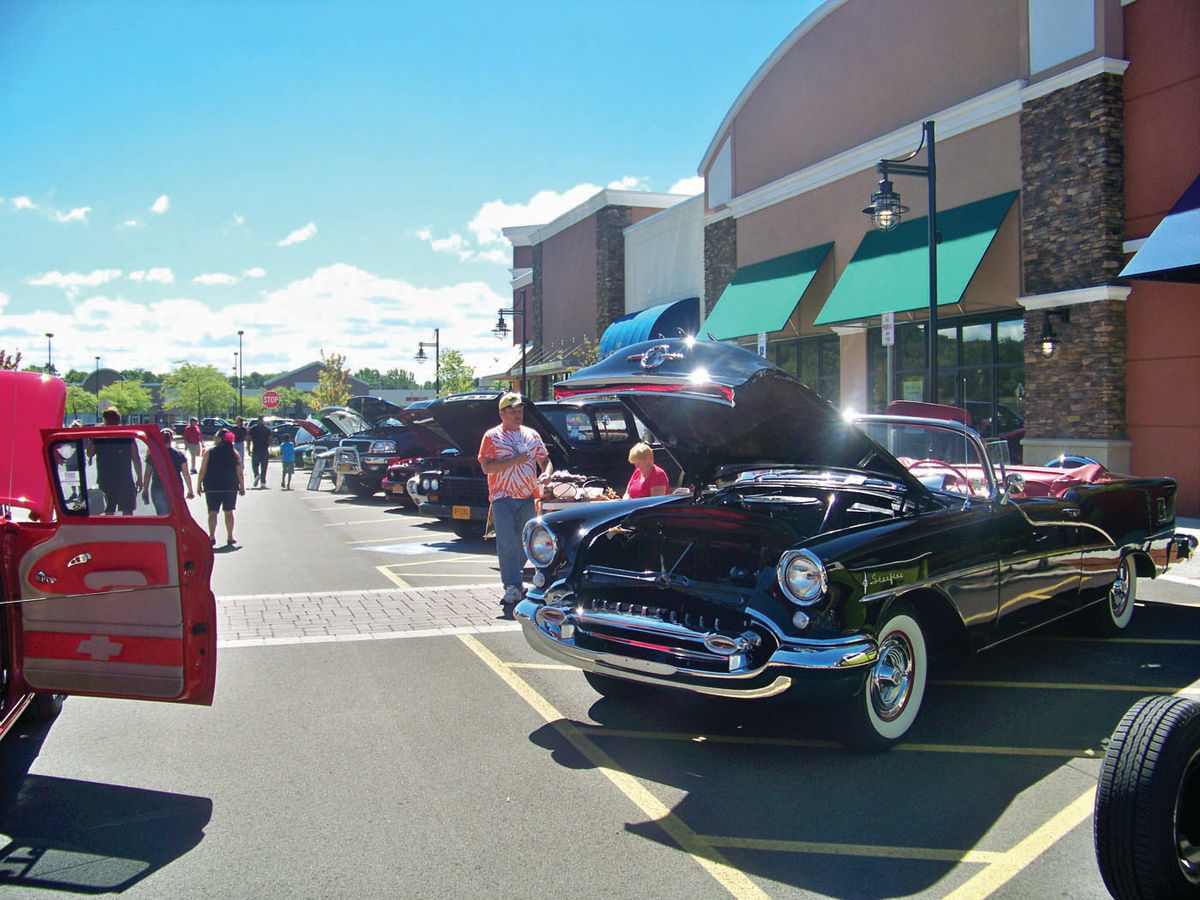 Mixing Vintage Cars With a Worthy Cause

Here’s How One Man’s Bout With Cancer Led to an Annual Fund-Raising Car Show. This Blend of Fun and Purpose Can Be a True Benefit to the Community.

YOU NEVER KNOW what lies down the road of life, just as Patrick Fisher never imagined he would face — and beat — prostate cancer…or that he would found a successful car show based on his cancer experience. But he’s done all of these and feels that he has grown as a person because of them.

After recovering from his bout with cancer, Fisher felt that “no man should face prostate cancer alone,” he said.

So he founded and still leads a local chapter of Us TOO InternationalProstate Cancer Education & Support Network (ustoo.org). The Des Plaines, Illinois-based nonprofit organization is observing its 25th anniversary and offers “support, education, advocacy and awareness for those affected by prostate cancer.”

One Benefit Car Show Led To Another

While attending a classic car show for Vietnam veterans (Fisher and his brother are both Vietnam vets), he thought that a show also could be an ideal way to raise awareness of prostate cancer.

“I realized that many of the owners of these classic cars and trucks look like me, mostly retired men who may be in that risk group for prostate cancer,” Fisher said. (Us Too advises that men without increased risk factors should consider prostate screening starting around age 45. Men with a family history of prostate cancer are at higher risk, as are black men with or without family history. Around age 35, these men should talk with their primary care provider or urologist about when they should begin prostate screening.)

Fisher contacted East Coast Hotrod, which had helped host the veteran’s car show in Canandaigua, New York, and asked if they would help produce a show in the fall of 2014 to promote prostate cancer awareness. They agreed and Fisher had expected about 50 exhibitors for the initial event. So he was more than pleasantly surprised when some 125 showed up to register for “Cars for Cancer — It’s a Guy Thing!”

With that level of success, he quickly determined that the show would become an annual event.

Sometimes Men Need an “Incentive” to Join the Discussion

Fisher felt that the show provided a good forum for talking with participants and used the event to distribute literature on screening and treatments. He believes that this approach not only can help men become better informed regarding sound health decisions, it also can combat misinformation about prostate cancer. Many men, for example, think that if they don’t experience unusual symptoms, they need not worry about their condition. However, the disease often presents no symptoms, he said. Furthermore, some men think that surgery is the only treatment available, but that is only one of the options.

“As for our information table, most men won’t approach unless their wives are dragging them over,” Fisher said. “But once we get talking, it’s amazing how many men have experienced prostate cancer or have questions.”

The car show and other efforts for Us TOO’s Rochester chapter have brought Fisher recognition from the international organization. Last February, for example, he received one of eight Edward C. Kaps Hope Awards from Us TOO International for being “an outstanding leader in an Us TOO support group or chapter, who has shown unselfish, dedicated service to prostate cancer survivors and their families.”

Fisher’s other efforts include participation in events such as Pints for Prostates social gatherings, Summer Retreat for Men with Prostate Cancer, a Prostate Conditions Education Council and a Blue Glove Ball (light blue is the awareness color for prostate cancer, just as pink is symbolic of breast cancer). He has manned prostate cancer education tables at area events and numerous physicians refer patients to his support group.

This year he anticipates 200 participants at the Cars for Cancer show, but won’t turn anyone away. The upcoming event is slated for September 12. Registration begins at 7:30 a.m. at BayTowne, 1900 Empire Boulevard, in Webster, New York. Cars, trucks and motorcycles of all makes and models are welcome. Registration for car exhibitors is $20, judging is at noon with awards at 2 p.m.

Participants can receive dash plaques and have a chance at winning one of 50 trophies. Fisher also has expanded the event’s offerings to make it more of a family affair by including food vendors, balloons and face painters. Participants hail from as far as two hours’ drive away, including Syracuse and Buffalo.

And for more on Us TOO International, visit ustoo.org, email ustoo@ustoo.org.