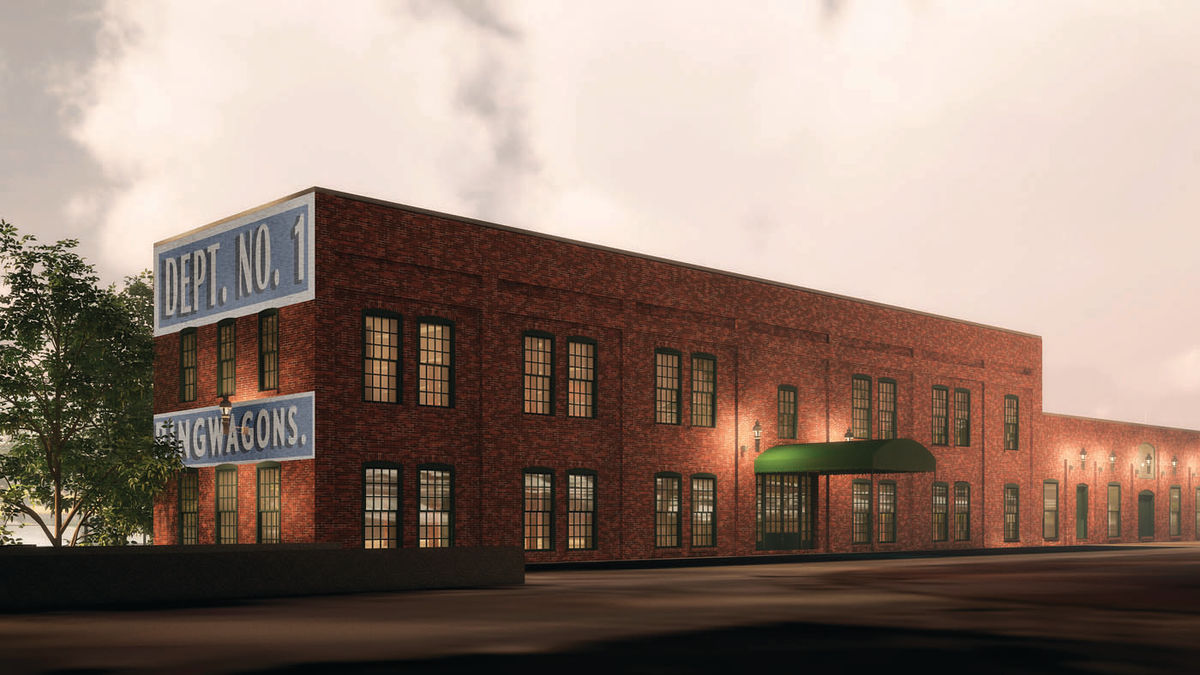 Renovating the “Birthplace” of General Motors

The Automotive Giant Is Converting a Former Carriage Factory in Flint, Michigan, Into a Research and Meeting Center.

GENERAL MOTORS HAS begun a program to restore the building that some consider to be the company’s birthplace and a launching pad for today’s automotive industry.

That building is the historic Durant-Dort Carriage Co. “Factory One” just north of downtown Flint, Michigan. GM purchased the 25,000-squarefoot structure in 2013 and so far has put some $3 million into exterior repairs, new windows and doors, and some new fencing. When the project is completed in 2017, the building will be used as an archive and research center, and will have space for meetings and classes along with a museum containing vintage vehicles and items from the carriage-building era that preceded the age of the automobile.

“Factory One truly is the epicenter of the automotive industry and, as such, it makes sense to create a world-class archive where anybody can learn how carriage builders in Flint launched the global auto industry,” Mark Reuss, GM’s head of global product development, said in announcing the project.

The factory building dates back to 1880 when it was part of the Flint Cotton & Woolen Mills Co. Some six years later William C. Durant went for a ride in a friend’s horse-drawn, spring-suspended two-wheeled road cart and was so impressed with the smooth ride that he decided to go into the cart business.

Durant, who was the head of a successful Flint insurance agency at the time, teamed up with another businessman, J. Dallas Dort, to found the Flint Road Car Co. and they leased the Factory One building to manufacture their vehicles.

The two men acquired other plants and subsidiary companies and in 1895 changed the name of their business to the Durant-Dort Carriage Co. They also built another structure across the street from the factory to house their corporate offices and a carriage showroom.

By 1900 Durant-Dort reportedly was the largest producer of horse-drawn vehicles in the U.S. But as you know, William Durant made a lifestyle out of always seeking new business ventures and in 1904 he turned his attention and funds to the struggling Buick Motor Co. and used Buick as a stepping stone to the founding of GM in 1908. He severed his ties with Durant-Dort in 1913 and Dort used the Factory One building and the Carriage Company offices across the street to produce automobiles under his new Dort Motor Co. (Dort died in 1923 and his company shut down the following year.)

Plans for “Factory One”

When the renovation work is completed, the new archive and research center will house a collection of automotive and carriage history photos, documents and other items from the nearby Kettering University. (That’s right, the university is named for Charles F. “Boss” Kettering, an automotive pioneer, founder of Delco, a head of research for GM and one of the school’s founders.)

The archive center will be on the first floor of the building’s east wing while the west wing will house the classic vehicles and items from the carriage-building era. The second floor will be converted into a meeting area for GM as well as community and educational groups who will use it for seminars, classes and research.

And, you ask, what about the former Durant-Dort Carriage Co. office building across the street from the former factory. That building is owned and occupied by the Genesee County Historical Society and GM has pledged to continue financial support for that historic structure as well. —Ted Kade