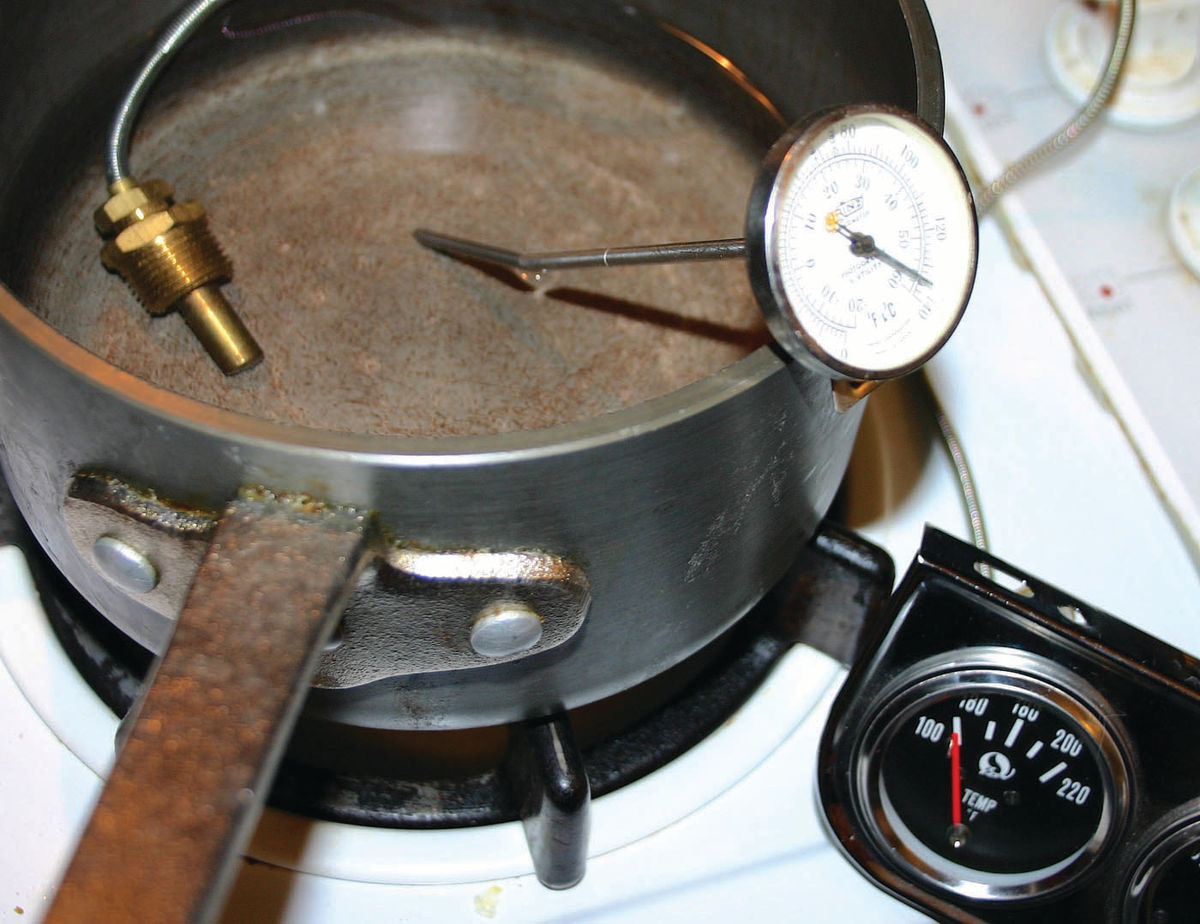 My 1940 Buick appears to be overheating according to the temperature gauge, but it does not leak water or show any signs of problems. I have flushed the system and changed out the thermostat, checked the engine timing, changed the hoses, and adjusted the felt belt, but nothing seems to help. Can you advise me?

First you need to determine if your gauge is telling the truth. You can do that by putting a meat thermometer in the filler neck of your radiator, and then starting the engine and letting it warm up completely. At first nothing will happen, but once the thermostat opens the meat thermometer will tell you the temperature of the circulating water as it rises. Normally the thermometer should read within the range of 160 to 200 degrees depending on the thermostat rating. Meat thermometers are not precise instruments, so the reading could be a couple of degrees high or low, but not more than that.

But then if the gauge reads correctly, your problem may be that the temperature where the gauge is mounted on the engine is higher than elsewhere due to a blockage from built up rust and corrosion. You may be able to back flush such an accumulation out of the system, but you may have to have the block and head hot tanked and cleaned out in order to solve the problem.