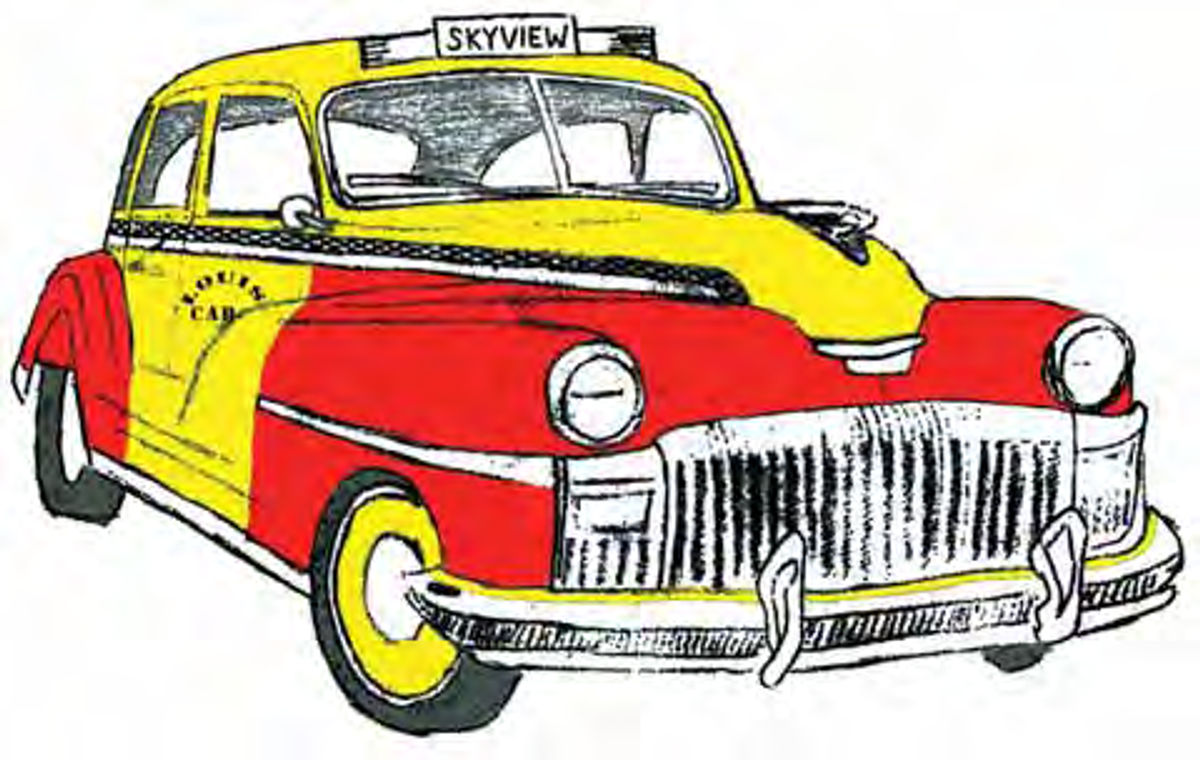 Memories of a ’48 DeSoto Taxi

A Ride to School In an Aging Taxi Was Worth the Penalties. It Also Engendered Some Long-Lasting Family Ties.

Editor’s note: In last December and May’s issues we ran excerpts from Terry Berkson’s book, “Corvette Odyssey,” that followed his search for his stolen ’63 Corvette. This portion of the book shows how a dad’s involvement can truly heighten a boy’s fascination with cars.

Dads (and moms too) might keep this in mind the next time your youngsters express an interest in your special cars and trucks.

ONE Spring MORNING I deliberately made myself late for school so that Dad would have to drive me in his taxi. I knew the teacher would be angry and wouldn’t believe any excuse, resulting in detention during recess—but the ride was worth it.

I ran down the back steps and over to the garage. In order to get the stick out of the hasp on the door, I had to jump up and grab at it a few times. Bugsy came down the driveway as I was dragging the door open. “C’mon!” I called. “Help me!”

He had a tie on and Keds sneakers and his ears were shining. He liked to ride in Dad’s taxi too…even if it meant being late for school.

My father came out of the house and walked up to us. It was late March and the air smelled of thawed earth and decayed dead leaves from the fall. “Bugsy, old man,” he said to my friend who threw his head back revealing his skinny neck and smiling so that his red freckled nose spread across his face.

Dad went into his “It’s nice to get up in the morning” song, his one good eye smiling. He had lost the other in a street lot game of kick-the-wicket when a stick lodged just below his left brow. Years later he had memorized the vision chart in order to pass the chauffeur’s test.

My friend and I jumped in the back and threw down the folding seats while the car was warming up. There was plenty of legroom. Up front, the seat on the passenger side had been removed so that no one could ride there. Only the trip meter occupied that space. Dad flipped the flag shaped handle, which started the meter ticking and wheeled the red and yellow ’48 DeSoto taxicab out into the street. Each front fender stuck out separately, almost like a sidecar on a motorcycle.

A Cab With a View

“Now, don’t touch that crank,” my father warned. “Last time it rained and I had a flood!” He was referring to the handle that operated the Sky View window in the roof. It was no doubt a Detroit brainstorm—people riding in the city cab would be able to see the tops of tall buildings. Dad viewed the innovation as a leaky nuisance and a target for pigeons.

Bugsy took his hand off the crank that would make the glass retract into the roof like a turtle’s head into its shell. Some stragglers watched us go by in the taxi. We stuck our tongues out at them. A bar of sunlight shot between two apartment buildings and through the window in the roof. We stopped on the corner by the school where the crossing guard stood. My father turned the flag on the meter, which made our ride official and sat waiting behind the wheel.

“You forgot something,” I said.

“Oh.” Dad reached for his leather change sack and pulled out one shiny dime, my allowance.

“I thought we were supposed to pay you,” my friend said, looking bug-eyed at the pouch. “Doesn’t that thing ever run out of dimes?”

“Of course it never runs out of dimes. Right Dad?”

We got out of the taxi with our heads cocked and strutted across the street like millionaires. The crossing guard with her white belt, pea coat and cap—and a mouth full of chewing gum yelled, “Wow! A taxi to school!” It made me feel like a celebrity.

“Don’t ya be taking’ any wooden nickels!” my father called to Bugsy’s delight as the transmission ground into first gear.

The DeSoto, with a bow of letters spelling out Sky View on the door, pulled away and headed for Manhattan where it would ferry passengers around town.

About eight in the evening Dad would head home with tomorrow’s dime safely secured in the leather change sack.

As noted, the above story is an excerpt from Terry Berkson’s 200-page book “Corvette Odyssey” that describes his yearlong search for a stolen Corvette. For a custom-signed copy (up to 20 words) contact Terry at T. Berkson, 349 Gulf Rd., Richfield Springs, NY 13439. Paperback $6; hardcover $15 plus $3 postage.

Should I sandblast this car?

I disagree with your vendor recommendation

A LONG JOURNEY WITH A PARTS CAR, PT.

Even "Simple" Projects Have Their Challenges 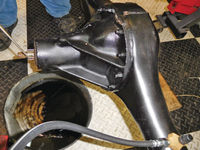 Help me to cast plastic knobs and rubber parts 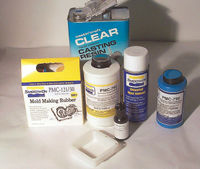 Chevy didn’t have the only “Suburban...”