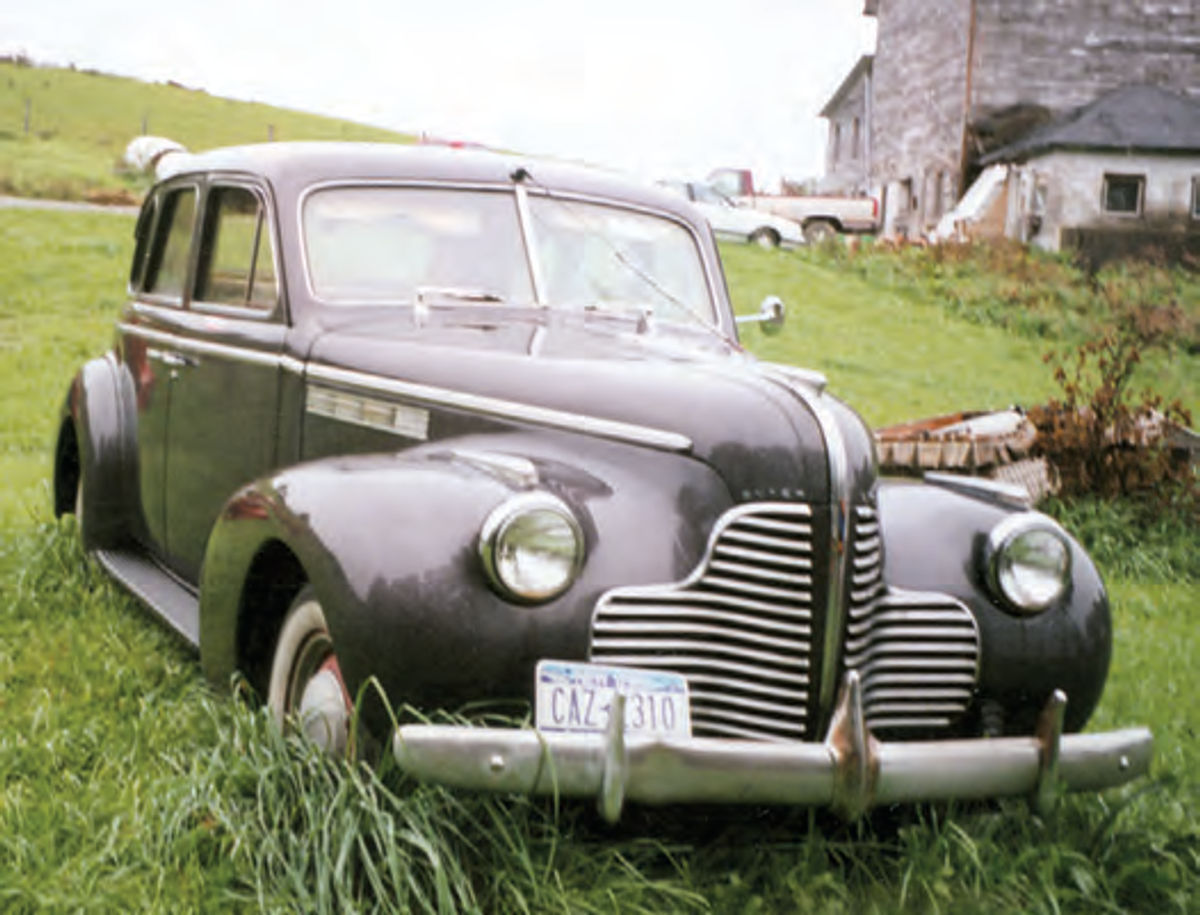 If Only He’d Restored It…

An Aging Buick Was a Favorite Periodic Ride for a Man and His Son. There Was Talk About a Restoration, But Instead…

Editor’s note: Last December we ran an excerpt from Terry Berkson’s book, “Corvette Odyssey,” that followed his search for his stolen ’63 Corvette. This section from that same book sheds some light on how he developed a strong interest in cars as well as his feelings for “the one that got away.”

FOR SEVERAL YEARS, when I was a kid, my father kept this big old black Buick up on blocks in the backyard. He had driven it as a taxi for a time but it had a big engine and used too much gas to be a cab.

There was a spare tire set into the front fender and a partition separating the forward and back compartments. You could slide the glass open horizontally if you wanted to talk to the driver. There were two round folding seats next to the partition wall. The seats and all the upholstery were made of a maroon-dyed leather.

The car had actually been a limousine but, as I said, dad used it as a taxi for a while and the hand-wound trip meter was still mounted up front.

My gang and I logged many “miles” in that car. The guys would pile into the back seat as I’d flip the flag down on the meter. The initial charge then was a quarter. We made a “trip” to Canarsie, Brooklyn, on a rainy day when there was nothing else to do. The rain beat on the roof as the meter ticked away. Bugsy and Roger were behind me rubbing the fog off the back window.

“Step on it!” Bugsy yelled. “The cops are coming!”

I whipped the wheel around and yanked on the shift stick. We all made screeching noises as the rain drummed on the huge hood…and the wide whitewall tires stood motionless just a half a foot off the ground.

Once a year dad would let the Buick down and get it started—not without a lot of trouble. It was always a group effort. Charlie’s father and a couple of other guys on the block would help push it out onto the driveway. They’d inflate the tires and trickle gas into the carburetor. There was always some expense during the revival and one time Pie Face Freddie at the gas station told my father, “Get rid of that load. It’s a sinking ship!”

I felt bad for dad and the car.

“Just do a temporary repair on the gas tank,” my father told Freddie, “so I can take it for a run.”

Then the car was finally rolling and I was on the front seat next to dad as he went through the gears. Seeing him happy like this made me feel older, like I knew something that he didn’t. He looked over at me with his hands gripping the wheel tightly as the car surged ahead.

Too Much Time Had Passed

The annual start-ups lasted for several years, each time my father vowing to restore and maintain the big, powerful car.

Then he skipped a year and when he finally tried to start it there were too many things wrong and one rainy day in late winter a tow truck dragged the old Buick and all my future trips to Canarsie out of the yard…but not before the bumper caught the thick hedges on the driveway as though the car knew it was going to the glue factory.

I stood watching from a rain-splattered window and thought of being angry with my father after the junkman paid him and he came inside the house all wet and muddy, but he was sad too to see the car go and instead we sipped hot tea together and ate pieces of hard rye smeared with orange marmalade.

Years later I found the Buick’s trip meter hidden in a corner of the cellar and dug it out and wound it up and put the flag down to hear the old familiar ticking. And for a moment the rainy days and the start-ups and the make-believe trips to Canarsie were all with me.

As noted above, the preceding was an excerpt from Terry Berkson’s 200-page book, “Corvette Odyssey,” which chronicles his obsession with his stolen 1963 Corvette roadster.

To obtain a custom-signed copy of “Corvette Odyssey,” contact Berkson at , or TerryBerkson@aol. com, or send a check to 349 Gulf Road, Richfield Springs, New York 13439. The paperback is $6, the hardcover $15, plus $3 postage.