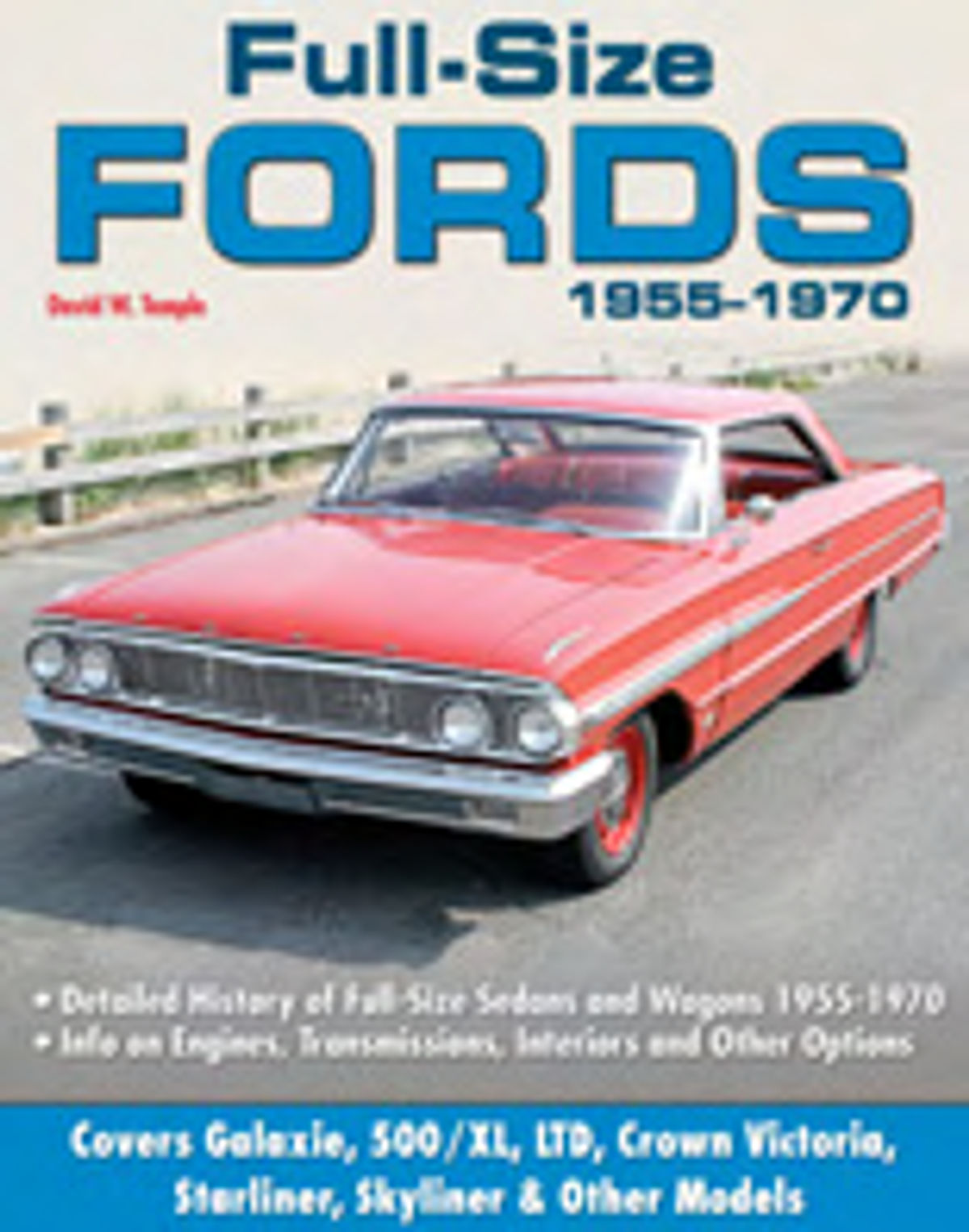 WHEN THE AUTOMOTIVE discussion turns to Fords of the ’50s and ’60s, it often revolves around the evolution of the Thunderbird, the effect that the compact Falcon had on the industry and, of course, there’s always plenty to say about the ever-popular Mustang that attained legendary status during its first year in production.

But while no one can dispute the positive aspects of these cars, we sometimes tend to overlook the fact that at that point in time, the automotive market was still very much dominated by the full-size car. For example, while the Mustang was making headlines in 1966 with its fasttrack sales of some 607,000 ponies, more than 1.1 million full-size cars were rolling off of Ford’s assembly lines.

So, if you’ve always been a fan of the truly big cars of the era or want to reacquaint yourself with the variety offered by these vintage vehicles, this book on full-size Fords byAutoRestorer contributor David Temple will be an enjoyable and productive read for you.

Moving forward mainly in one- and two-year increments, he discusses the changes in design, mechanicals, cosmetics and options that came with passing time, and illustrates this movement with some 300 photos, drawings and ad reproductions.

Of particular interest to the vintage vehicle hobbyist is the way that Ford offered a mixture of comfort and performance in its full-size cars throughout the period, giving buyers the opportunity to experience aspects of a muscle car and a boulevard cruiser in one stylish package. For example, an ad titled “The Velvet Brute” examines the “paradox” of a 1965 Galaxie 500 XL with a 427-cubic-inch V-8. “Up front there’s big muscle…the portrait of Brute Force,” the ad said. “But when you get rolling, don’t look for a Brute Force ride. It’s firm—but it’s velvety firm. Controlled butsupple.”

Furthermore, as Temple points out, since millions of these full-size Fords were produced, the present-day search for parts is relatively easy.

In case you’re wondering, he’s had a good deal of first-person experience with these cars, having grown up in a family that owned four full-size Ford sedans during the ’60s. One of them, a 1967 Galaxie 500 two-door hardtop, can still be found in David’s garage. —Ted Kade 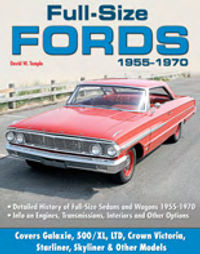 What you need is some vacuum metalizing