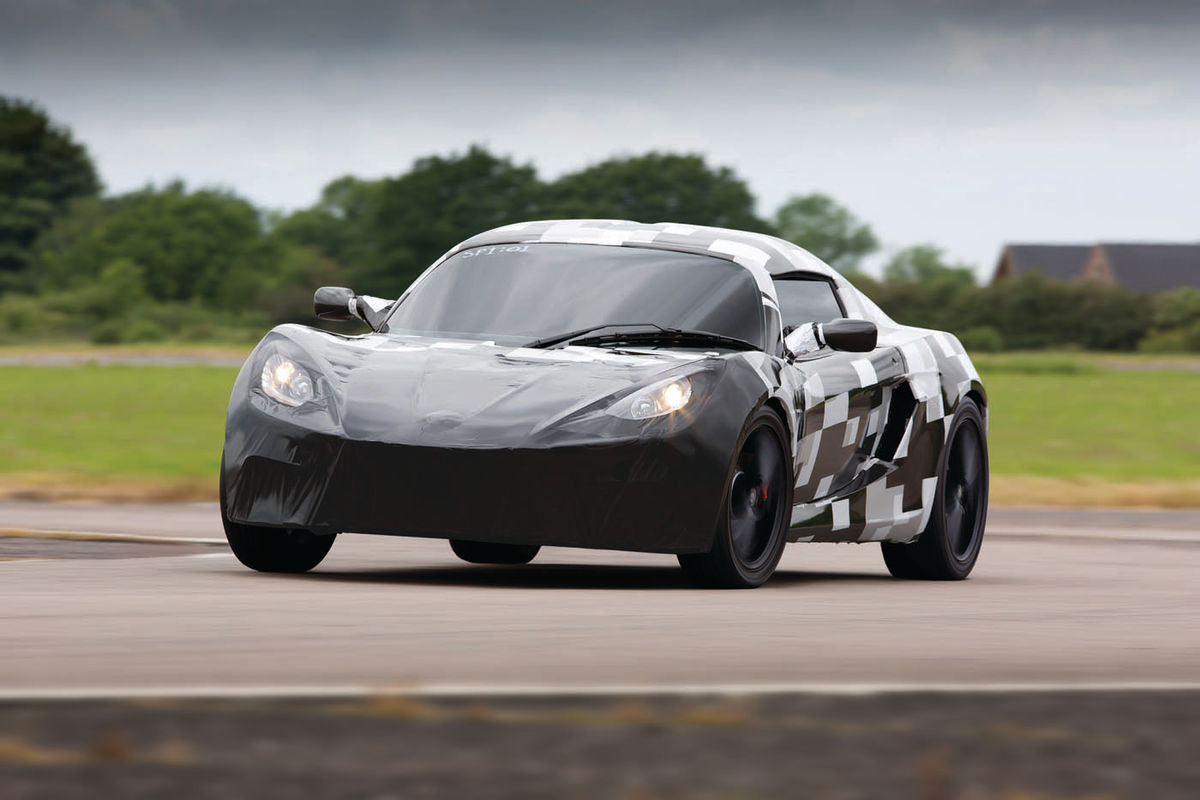 The Return of Detroit Electric?

Editor’s note: A century after its brightest days and seven decades after it left the automotive market altogether, the Detroit Electric name has been revived by some former Lotus Engineering Group executives.

However, while the company says it expects to start building a high-performance electric sports car before the end of this year, operations are still very much at a start-up stage for this modern version of an industry pioneer.

The company’s global offices are in the iconic Fisher Building in the Motor City, but at last count there were seven employees there. EMEA (Europe, Middle East & Africa) offices are in Houten, Netherlands, and the cars are to be built in Leamington Spa, UK, but the production lines aren’t running yet.

The new company says its first offering is to be the SP:01 two-seat sports car which will be the world’s fastest production electric vehicle if it meets the projections put forward by Detroit Electric. The company says the $135,000 car, based on a Lotus platform, will have a mid-mounted electric motor that will produce 201 bhp and 166 lb.-ft. of torque. With that, the car should accelerate 0-60 in 3.7 seconds and have a top speed of 155 mph.

The car is to first be sold in Europe and Asia and then be brought to the U.S. next year. The company said it will use revenue from that vehicle to build a second sports car and after that produce less-expensive sedans.

A prototype of the SP:01 was shown at the North American International Auto Show in Detroit last year and is seen here testing under wraps, but a company spokesman told us the car “has since undergone some refinements to improve aerodynamic performance and aesthetics.” Images of the new version weren’t available but the spokesman said, “We’re hoping to release the new images soon.”

We’ll be following their progress in the coming months. After all, Albert Lam, Chairman and CEO of Detroit Electric, presented a compelling case when he summed up his company’s position this way: “We are custodians of an iconic electric vehicle brand, and we intend to honor and carry forward its proud heritage of creating cutting-edge, innovative transport technologies.”

If they can meet that goal, they truly will have brought the Detroit Electric Co. back to life.

Check out this 1917 DETROIT ELECTRIC 62A Convertible Coupe, a beautiful example fo the company of yore.