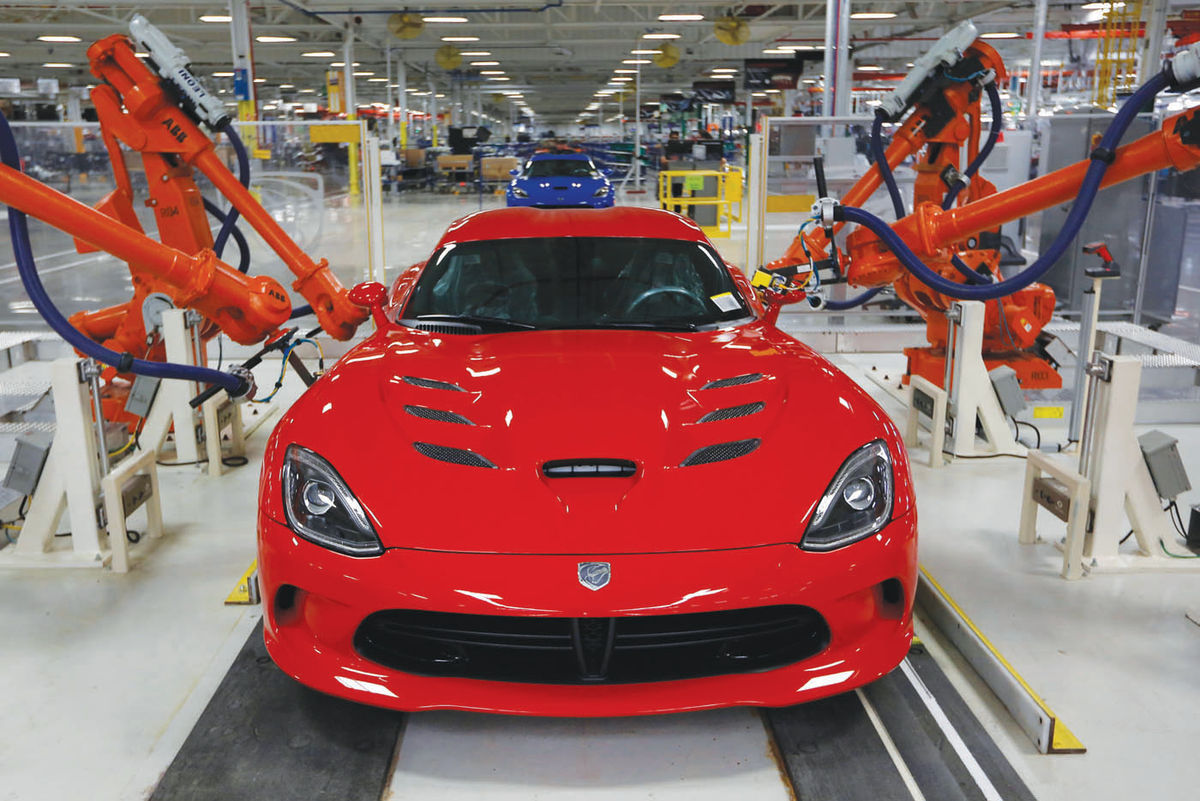 There’s been some good news… and some bad news regarding Fiat Chrysler Automobiles’ collection of some 400 vintage and concept cars. (If you’ll recall, the collection lost its Walter P. Chrysler Museum home at the end of 2016 when Fiat Chrysler (FCA) decided to convert the 55,000 sq. ft. museum building at its headquarters campus in Auburn Hills, Michigan, to office space.)

Now let’s start with the positive news regarding the collection…

As you know from reading Auto Restorer, the Conner Ave. Assembly Plant just south of Eight Mile Road on Detroit’s east side closed when production of the Viper sports car ended last August. But now that facility is to be renamed Conner Center and is being converted for use as a meeting location and for display and storage of FCA’s vintage and concept collection. Furthermore, while in the past vehicles have been stored in several locations, there’s space for all of them under one roof now, with some 85 cars and trucks on display at any given time while the others are in storage there.

“With a storied history of its own, the Conner Avenue facility is an ideal location to showcase the vehicles that have sustained the Company for more than 92 years,” said Brandt Rosenbusch, Manager, Historical Services. “We are proud of our history and have been working diligently in the daily care and restoration of these important vehicles. This move will allow us to house all of our collection under one roof and have the space to share that history with our employees.”

The collection includes some especially significant vehicles from the company’s history including a 1902 Rambler, a distant ancestor of today’s FCA offerings, and a 1924 Chrysler Touring car that’s among the first of the Chrysler-badged cars to be built. The 1924 Chrysler Six featured several engineering innovations including a light, high-compression engine and the first use of four-wheel hydraulic brakes in a moderately priced vehicle. (The six-cylinder’s compression ratio was five to one while most sixes of the day were four to one. The car’s MSRP was $1565 or about $23,000 in today’s dollars.) The Chrysler Six also featured aluminum pistons, replaceable oil and air filters, full-pressure lubrication, tubular front axles, shock absorbers and indirect interior lighting. The company sold some 32,000 of the Chrysler Six in its first year on the market.

The Conner Ave. plant was built in 1966 for Champion Spark Plugs and purchased by Chrysler in 1995. Chrysler used it to build two specialty vehicles, the Prowler roadster and the Viper. Both cars called for a good deal of hands-on involvement during their assembly as you can see from the Viper factory images on this page.

Prowler production ended in 2002 and when FCA decided to stop building the Viper and shutter the plant last year, one of the final activities there was a farewell party attended by numerous Viper owners and their favorite rides as featured in the December issue of Auto Restorer (“The Viper’s Farewell Party”). When the event was planned, FCA expected a small number of owners to turn out, but instead hundreds of members of the “Viper Nation,” were on hand, crowding the factory grounds and surrounding streets with their 10-cylinder high-performance cars.

When Can I Visit?

At the top of this page we said there also is some bad news regarding the museum’s relocation and FCA spelled it out when Historical Services manager Rosenbusch said this move will allow the company to share a piece of its history “with our employees.”

That’s right; in a statement FCA said that the facility “should be available for use by internal groups and departments in the second quarter of 2018,” and “could also open its doors to the public in the future.” In other words, for the present, don’t plan on seeing the Conner Center during your next visit to Motown. But be assured that if the policy changes, we’ll spread the word.

In the meantime, however, it’s still nice to know that the cars and trucks of the FCA collection have a new home of their own… even if we can’t drop by. –Ted Kade, Editor