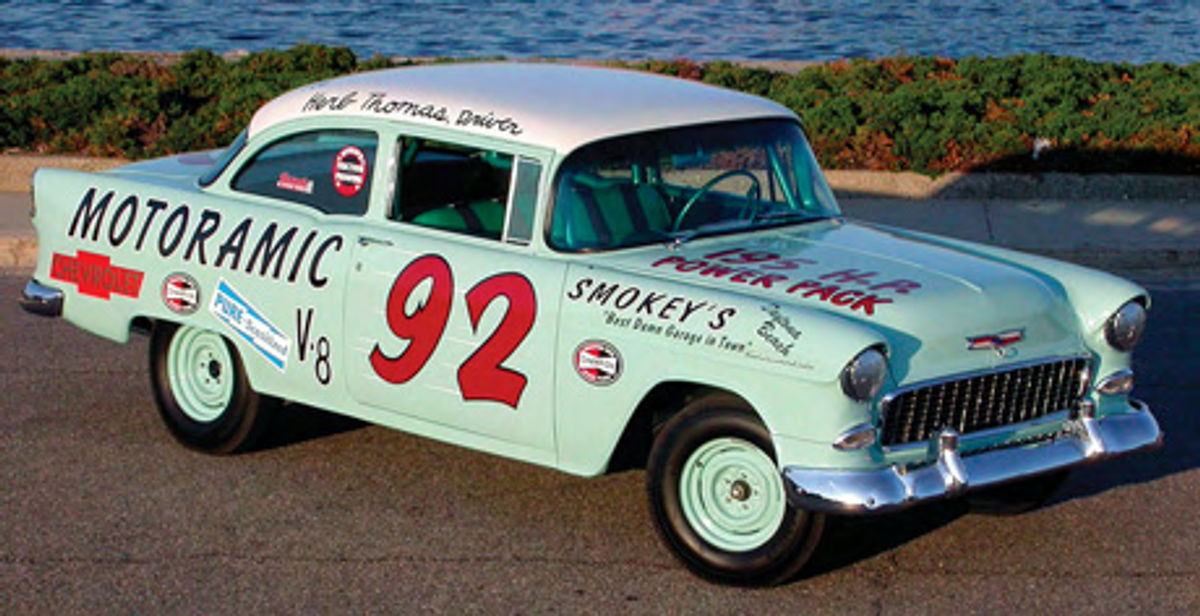 Some Ways to Help Ensure That They “Stay on the Road.”

NEXT TIME YOU’RE with some of your car pals, casually toss out some of your opinions on the future of the vintage vehicle hobby and see what happens. No doubt you’ll get a variety of responses ranging from someone who says the hobby will pass seamlessly from generation to generation…all the way to someone who will express concern that the hobby pretty much belongs to people who were born in the 1940s through the ’60s, and that younger people are more likely to be interested in and involved with electronics than with cars and trucks, either new or vintage.

Others will say that youthful involvement in the hobby is a secondary concern because unless action’s taken soon, state and federal regulators will make it extremely difficult for anyone to operate and enjoy a vintage vehicle.

Along similar lines, the Historic Vehicle Association (HVA) recently sponsored a discussion on the “top  threats  to the collector car hobby” and brought together industry leaders to discuss these threats and what might be done about them. Among those on hand for the discussion were Corky Coker, CEO of Coker Tire; Michael Kunz, Director of the Mercedes-Benz Classic Center in Southern California, and McKeel Hagerty, CEO of Hagerty Insurance Agency, a specialist in insurance for collector vehicles.

By way of background, the HVA is the newly formed North American representative of FIVA (Federation Internationale des Vehicules Anciens) which was founded in 1966 and is based in Belgium. FIV A’s motto is “Keep Yesterday’s Vehicles on Tomorrow’s Roads” and its primary objective “is to encourage the safe use of self-propelled mechanical vehicles, more than 30 years old, on the road for the benefit of the owners, dedicated enthusiasts, and the general public.” FIVA has some 1.5 million members in 85 associations in 62 countries.

What the Execs Had to Say

In summing up their discussions, the HVA representatives said that “while traditionally historic vehicles have not been the direct focus of attacks, technology and public policy are advancing and developing with a growing bias against the traditional automobile and the combustion engine.

“While those in the hobby support cleaner air,safer vehicles and petroleum independence, broad sweeping, ill-conceived strategies can unintentionally impact the ability to freely use and maintain historic vehicles.”

With that in mind, the “most immediate threats” to the collector car hobby listed by the HVA representatives included:

1.Disappearing Infrastructure: Evolving transportation technology means the skills essential for repairing, restoring and manufacturing parts for historic vehicles might eventually erode if not nurtured and supported. If there is any question about this, one has only to consider how many steam-locomotive technicians work in major cities today. So too, then, may dissolve the capacity to rebuild carburetors, troubleshoot breaker-point ignitions and repair tube radios as these likewise become relics of our industrial past.

2. Environmental Regulations: At the state level there remains keen interest in emissions.Currently,there are 93 bills in 26 different state that deal specifically with emissions. As new cars become increasingly cleaner and the number of cleaner cars on the road grows, the more historic vehicles may shift in status from novelty to nuisance. This means that as state air quality standards get proportionately tighter, the number of cars meeting lower emissions standards will grow; which, in turn, will make older, more polluting vehicles a bigger, more visible target. (Editor’s note: Some hobbyists have suggested that as new vehicles continue to advance in the areas of environmental and safety technology, older cars and trucks eventually may be banned from public roadways, and hobbyists will have to trailer their vintage vehicles to remote tracks and specially designed “driving parks” to enjoy some time behind the wheel.)

4. Aging Demographic: The average age of the historic vehicle hobbyist is 55. And 75% of the hobby is 46 years old or more. Social, economic and technical forces conspire to divert the interest of youths away from the automobile. If these trends are left unabated we will continue to see the hobby age, declines in the number of enthusiasts and the value of vehicles, clubs will shrink and support services will become scarcer as more enthusiasts exit the hobby than enter it.

Along the lines of the concern about an aging demographic, Auto Restorer presented the following question to McKeel Hagerty:

Have there been cultural shifts among post-Baby Boomer generations which will reduce the prevalence of interest in cars and trucks in general and in vintage vehicles in particular?

When many male Boomers were teenagers, cars were No. 1 in their lives. They coveted the new ones but also had a deep appreciation for cars 10-plus years old because that was what they could afford. Also, the fact that they were dealing with older cars taught them to lift hoods and crawl underneath to keep them running. Furthermore, those cars could be fixed, sometimes, with screwdrivers, wrenches and the occasional hammer.

Yet from what we hear and read about younger people, their interest is more in the consumer electronics found in new vehicles such as sound systems,GPS systems, outlets to power electronic gizmos, etc. Furthermore, they are interested only in leading edge electronics, and will not be nostalgic about the stereo they owned as a teenager much less the vehicle it was in.

As for the young people who are interested in “older” cars, it’s not uncommon to hear them refer to a 1990s Honda as a “cool old car.”

Some people say, “Give the younger people time, they’ll come around.” Is that possible, or are hobbyists in their late 40s to early 70s just assuming that because it was this way for us, it will continue on for others.

To condense all of this, have we, perhaps, seen a Golden Age for the vintage vehicle hobby that will be winding down over the next decade or two and then continue on a much more limited basis with far fewer people and much newer cars involved?

“One concern I have is the lost art of the Sunday drive. Facebook doesn’t replace that! I think there is an opportunity for the hobby to join forces with car clubs and automotive manufacturers to start targeting the younger generations with the idea that a car cannot be made synonymous with MPGs.

“It is important to remember that while the car hobby has always been rather visible in our society, it has always represented a fairly small portion of the population, maybe less than 3%. It is also important to remember that the old adage that car hobbyists buy what they wanted to drive in high school is just that—an adage. If it were actually true, no one would ever own a Duesenberg or Model A or even a 1957 Chevy anymore. (For example, I went to high school in the 1980s and have little interest in ’80seraChevys! These interests have always been able to skip generations.)

“Owning and driving a car connects two of the most basic American rights: freedom and property ownership. We need to reconnect the idea that the automobile is an expression of a person’s individuality and personal freedom versus an appliance. With a growing population and, therefore, increasing statistical rarity of truly historic cars, I personally think the recent stabilization of prices allows the true enthusiasts to get back into the hobby whereas they were priced out of the hobby a few years ago by escalating prices.”

The HVA, which was founded roughly a year ago (October 2009), currently is hoping to “organize and serve the Historic Vehicle Movement in the United States and Canada by coordinating political and practical initiatives that serve the long-term interests of its members.”

One specific action now being taken is the gathering of information from hobbyists through a survey “to measure the economic impact associated with buying, restoring and maintaining historic and collector vehicles…”

TheHVAsaysthat datagatheredwillbe kept confidential and “will be used to prove to regulators and policymakers that the historic vehicle movement is significant to the economy as well as to society and history.” Furthermore, the organization said “the survey results will allow us to effectively defend against restrictive regulation and preempt destructive trends.”

Among other things, the foundation awards scholarships and educational grants “to organizations committed to ‘hands-on education’ and making a difference in the lives of young people through the appeal of historic vehicles and vessels—building the next generation of collectors.”

And for a look at a young man who’s enjoying his ’70s vehicle, see our latest “Gearhead Under 30” feature on page 9.