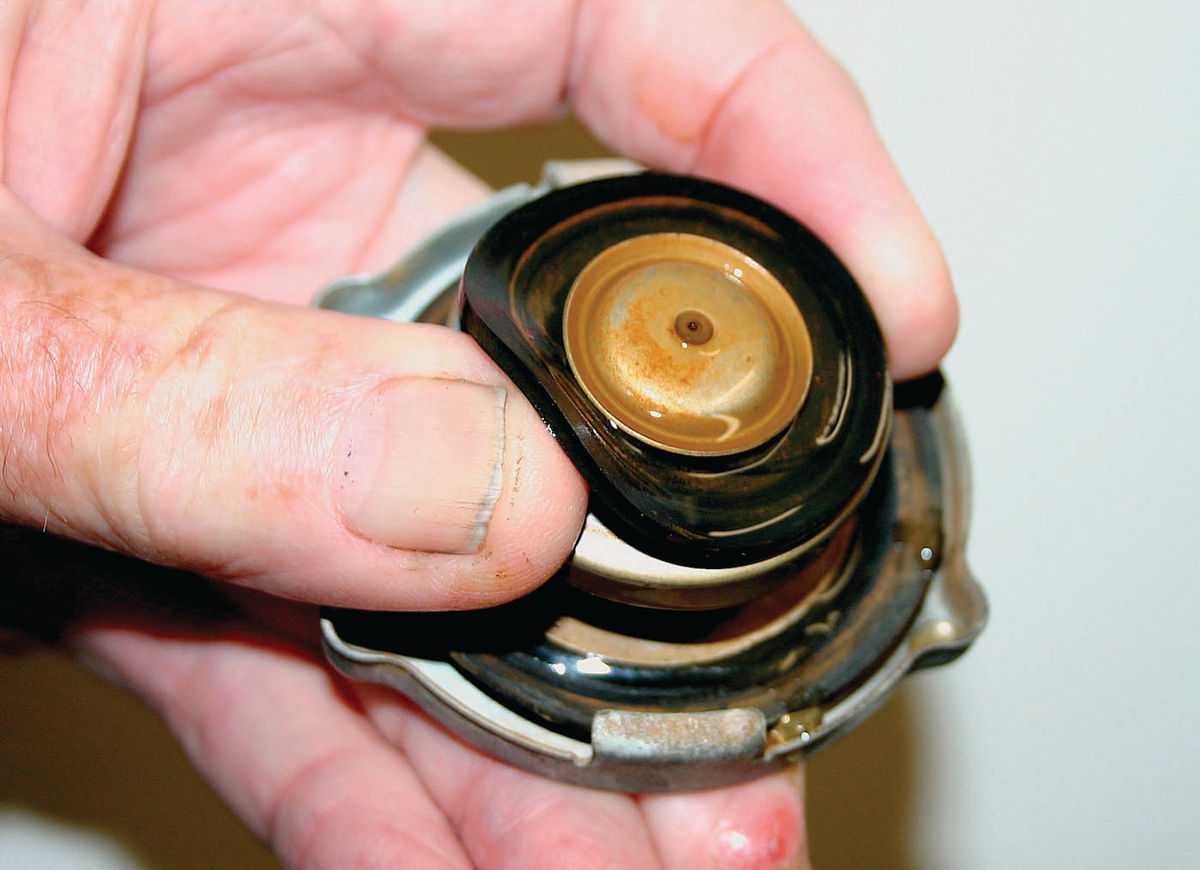 My 1950 Dodge has been running hot lately, so I drained the cooling system and put in fresh water and coolant, and replaced the thermostat, but that didn’t help. It just runs hotter now and overheats while waiting at long signal lights. What else should I look at to remedy the problem?

To begin with, your Dodge is not designed to have coolant in it except in winter when antifreeze is called for. In fact the coolant may be your problem all by itself because coolant doesn’t cool as well as water. All it really does is increase the boiling point of the water in the system. At the time your Dodge was built, cars used straight water with a can of water pump lubricant/rust inhibitor and nothing else. Water pump lubricant is still available from auto supply stores. Coolant became necessary in the early ’60s when aluminum engine blocks became popular.

Another easily remedied problem would be a defective radiator cap. The rubber washer can stiffen and deteriorate over time, so the cap won’t hold pressure, allowing the water to boil over. Make sure you use a cap with the same pressure rating as the original. Too little pressure and the car may overheat. Too great a pressure can cause leaks around the water pump.

There also is the possibility that you have a blocked radiator. Start the car and let it warm up. Now lightly and carefully touch your hand over the honeycomb fins on the front of the radiator and feel for cool spots. The radiator will be hotter at the top and somewhat cooler at the bottom, but there should be no cold areas. If there are, you will need to have the radiator rodded out and cleaned at a radiator shop.

Your Dodge’s cooling system may also need back-flushing to dislodge scale and other contaminants. To do that you will want to work in an area where you can make a mess and run a lot of water under pressure. Begin by removing the radiator cap, then disconnecting the lower hose going into the radiator and draining it. Next, take the top hose loose from the radiator. Now take your garden hose, wrap the end with rags and stuff it in the lower radiator opening.

If, as you stated, you put in glycol coolant you will need to drain the system carefully and dispose of the mixture according to local ordinances because coolant is toxic, and will kill pets and people if ingested. One tip is to drain it into old plastic water jugs and containers and then take it to a local toxic waste station.

Have a helper turn on the hose and turn it up. Water will work its way up through the radiator backward from its normal flow, and blow out all the accumulated scale and rust. This can make quite a mess, so be prepared. I like to work near a gutter or storm drain to get rid of the dirty water quickly.

It is also a good idea to back-flush your engine as well. To do that, you will need to remove the thermostat and its housing, and disconnect the lower water pump-to-radiator hose and then force water back through the engine from the top to the bottom. As with the radiator, keep the pressure on until the water runs out clean and clear.

If you are still having problems, your water pump may be defective, the distribution tube in the engine may be clogged, or the radiator may need to be taken apart and cleaned thoroughly by a radiator shop.