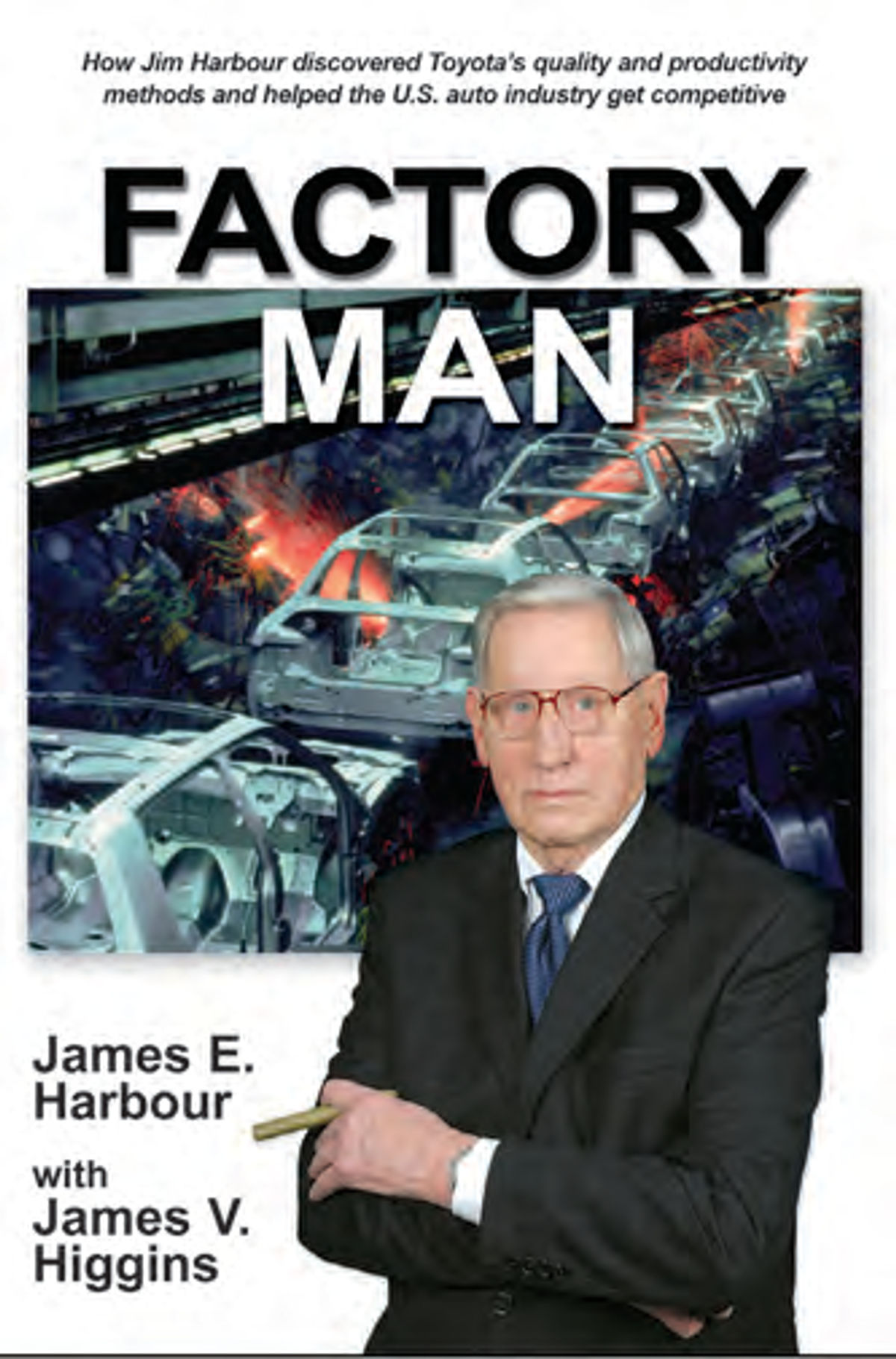 YOU DON’T HAVE to look far to read or hear reports about the implosion of the domestic auto industry these days—just pick up any newspaper or turn on your radio or TV and you’re bound to learn about the latest bankruptcy hearings, bailout proposals, plant and dealership closings, and the layoffs of thousands of employees.

But if you want to go beyond the latest day-to-day reports, and put these corporate/government movements into perspective, you’ll want to read this book by industry exec and productivity/quality expert James E. Harbour.

For as incredible as these daily turns of events may be, this book underscores how they are just the latest indications of a page that’s turning in this nation’s history as we move further and further away from our manufacturing legacy—and here we’re talking about real manufacturing, taking things from engineering drawings to final production, and not just assembling things as if they were life-size model kits.

And the real problem here is that the well-paid jobs associated with all levels of manufacturing greatly helped to build our nation’s wealth and provided a comfortable way of life for a lot of folks over the decades.

The author, in a chapter titled “Why We Should Care About Manufacturing,” colorfully illustrates this shift in America in a way which he admits “isn’t very scientific,” but is telling all the same. His case in point revolves around Fred Flintstone and Barney Rubble, characters in “The Flintstones” animated TV show from the early 1960s. “They were blue-collar guys…” Harbour states. “What gets me is that everybody could identify with them, because America in the early 1960s had a solid base of blue-collar factory workers.

“Today, how could you have a show based on characters like Fred and Barney? Who would feel empathy?

“The blue-collar life is fading from America’s consciousness, going the way of the (Flintstone’s) dinosaurs.

“We seem to think that service and financial businesses will maintain our standard of living. Today, Fred and Barney would be janitors or stock boys at Wal-Mart.”

Obviously, we didn’t get to this turning point overnight or even over the span of a decade or two. But the author has been involved with the automotive industry for nearly 60 years and was one of the first U.S. auto execs to study Toyota’s operations in Japan, so his insight and anecdotes regarding how we got to where we are today are very rich in perspective.

Let’s Consult With Another Auto Man

Given James Harbour’s long-standing tenure in the auto business, it made sense to ask another industry vet to give us his thoughts on the book’s information. So we turned to Ray Windecker, who also started in the business about six decades ago and worked for Studebaker and then Ford before he retired and became an auto journalist. Here’s Ray’s insider take on the book:

“If you have any interest in the automotive industry and obtain most of your information from the daily news media, read this book. The book’s slim 170 pages follow, in a non-technical way, the manufacturing-floor experiences and corporate problem-solving consultancies of Jim Harbour, recognized by automotive insiders as a problem-solving guru.

“Harbour, now in his early 80s, is the originator of the Harbour Report, yearly reports that chronicle on-the-floor analysis of U.S. automotive plants, both domestic and foreign-owned. Harbour’s work centered on the efficiencies and productivity that lead to quality products. His reports were closely read by industry executives (from both domestic and foreign-owned companies) plus plant managers, Wall Street analysts, U.S. government organizations and some members of the media.

“His comments will be eye-openers to most readers as Harbour’s conclusions are often contrary to those of the mass media, yet are accepted by the automotive insiders who pay hard money for information. If you want to know the whys and whats of the U.S. auto industry, buy this book and study it.”

No Time to Relax

On a positive note, Harbour does point out how the domestic auto companies have made great strides since the days when their response to high defect rates in the factories “was to boost production to cover the scrap rate, not to try and find out what was going wrong.” Now, he says, “… I’ve also seen their strong revival in quality and productivity.”

Still, a stronger focus on manufacturing is necessary in the U.S. or other countries will eagerly fill the gap, Harbour stated.

“Just think. In time, the North American auto market will recover and even resume growth,” he said at the book’s close. “But the main beneficiaries will be foreign-owned companies whose focus is on manufacturing, unless we work to prevent it.”

Published by the Society of Manufacturing Engineers—One SME Drive,