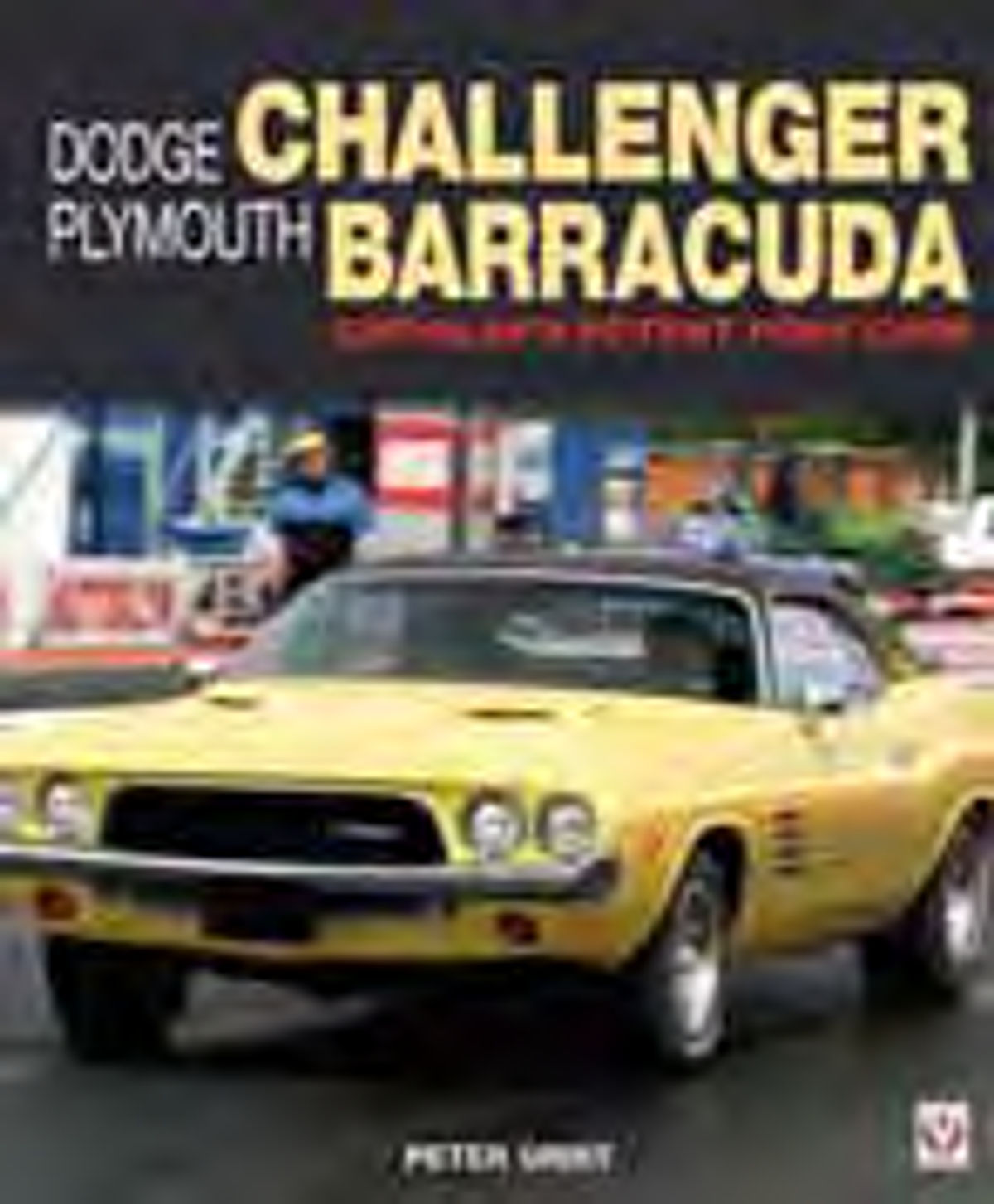 SOME TIME AGO, when I was a teenager tooling around in a used 1966 Valiant 100 with a Slant Six and a three-on-the tree, little did I know that I was actually prowling the streets in the forebear of some of the most potent muscle cars to ever leave the Motown factories.

For just as the Falcon compact provided the basis for the Mustang, a Valiant-based design was used for the initial fastback Barracuda. In fact, the Barracuda remained a member of the Valiant line from 1964 until 1967 as the rise of muscle made it a perfect candidate for membership in the growing “small car with a big engine” genre.

Then, through the late ’60s and into the early ’70s, the Barracuda, joined by its stable mate Dodge Challenger in 1970, proved to be an extremely potent force on the streets and drag strips as everything up to and including a 426 Hemi found its way under the hoods of these stylish pony cars.

This book documents the evolution of the Barracuda and Challenger with input from people who designed them and some 375 images, including photos of full-size clay models, exterior, interior and engine bay shots of the vehicles themselves, and numerous design drawings as well. Although at $59.95 it’s certainly not the cheapest book you’ll ever buy, fans of the Mopar pony cars will feel it was money well spent as they return to these pages time and again. The book is by Peter Grist, a Brit who has written about American cars for some 15 years and it’s put out by Veloce, a British publishing company, butit’s available in the U.S. through Motorbooks (motorbooks.com).

Ironically, as the muscle car era wound down and Chrysler pulled the plug on the Barracuda and Challenger in 1974, the economical Valiant had gained in popularity for the same reasons that muscle cars were fading and it soldiered on until 1977, when it gave way to the new compact Volare.