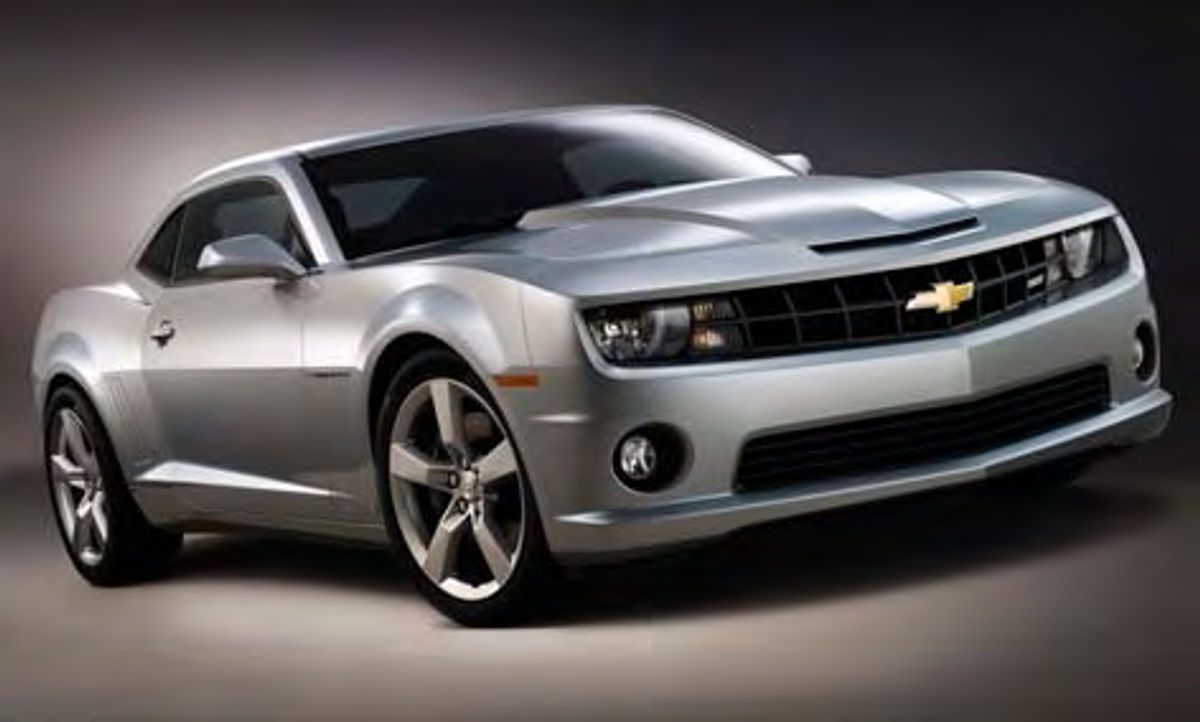 Readers Ask This Collecting Expert About Locating Car Covers and Getting Rich With Collectible Vehicles.

What Can I Buy Today That Will Be Worth a Fortune In the Future?

If I had bought a Hemi Cuda convertible in 1971 it would have cost me around $4500. In 2007, RM Auctions sold a ’71 Hemi Cuda convertible for a little more than $2.4 million. Granted, $4500 wasn’t pocket change for a car in the early ’70s, but that’s not a bad return on investment. So, my question is, what car or cars could I buy today that will make my kids and grandkids quite comfortable (as in mega-millionaires) three decades from now?

(Editor’s note: This question has been asked by more than one reader.)

This is a great question, and one that I’m asked all the time.

Unfortunately, I never have a concise answer because there are so many variables that come into play. It took almost four decades for this Hemi Cuda to appreciate in value by 5000% and a lot happens over four decades.

Sometimes the best way to predict the future is to look at the past, so let’s take a look at some of the factors that contributed to this enormous growth in value.

Without a doubt, rarity is the single most important contributing factor.

If you look back to the muscle car era, you will find that most of these cars were produced in the thousands, or even tens of thousands. Often we see cars advertised as “one of only 250 built.”

But this is not really the case. Rather, it’s usually a case of “one of only 250 built in this color, with this engine, with this interior, with air conditioning, with am-fm 8-track, with drip rail moldings, etc. etc. etc.”

This, however, is not the case with a 1971 Hemi Cuda Convertible.

Regardless of colors or options, there were less than a handful of these high-performance cars made. So, these truly are rare cars.

The theory of rarity as the major contributing factor is somewhat bolstered when we look at exotic imports of the same era. Although most Ferrari models were produced in much smaller numbers than any American manufacturer built, most models were produced in the hundreds or even thousands. By Ferrari standards, this is not rare. However, when we look at a Ferrari that was produced in very limited numbers, we see the same trend. One Ferrari that was produced in very limited numbers was the 1961 250 GT SWB California Spyder. One of these sold recently for $10.9 million, and this wasn’t even one of the three produced with an alloy body!

Another factor that often increases the value of a collector car is if it is the first or last year of that model, or the first or last year of a major option such as the engine. In the case of our Hemi Cuda it was the last year of the street Hemi, an engine that would ultimately go on to become an icon. When you ask a real estate investor why they believe in real estate as a long term investment, the answer will often be “They ain’t makin’ no more land,” and as of the end of the 1971 model year, they weren’t making any more street Hemis.

Rarity, which is just another word for limited supply, is all well and good. But without the other half of the equation, which is demand, values will simply languish. There are plenty of rare cars out there that aren’t even worth the cost of a restoration. One of the reasons that Hemis are so rare is because there was a relatively small demand for them during the time that they were being produced. The reasons for this are beyond the scope of this reply, but include factors such as cost, fuel consumption and driveability. The only people that really equipped their cars with these behemoth engines were those that wanted to go very fast, both on and off the track.

Beginning in the mid-1980s, a trend developed in which American muscle cars were suddenly becoming collectible. Chrysler always had a dedicated following, but it was very small compared to the following that GM had, and even Ford to a degree. Cars such as the Corvette, Chevelle, Camaro and Mustang began rapidly appreciating in price, and no more so than those equipped from the factory with “big blocks.” It didn’t take long for the sophisticated collectors to look towards the Hemi.

Up until now, our discussion has centered on the two factors that have contributed to the meteoric rise in price of the 1971 Hemi Cuda Convertible.

The first is supply and the second is demand. Supply is always easy to determine. Simply look at production figures. Demand is also easy to determine, but only in retrospect (otherwise we would all be billionaires).

In retrospect, we can see that the demand has been for the ultimate in performance vehicles as supplied by the factory. But this is only in retrospect.

Looking toward the future (no, I didn’t forget that you asked me about the future), we can easily determine the supply of virtually any vehicle being manufactured today.

The difficult part will be determining the demand three decades from now as you requested. Given the price of fuel (as well as its questionable unlimited supply), the green movement, the nostalgia effect and numerous other unpredictable contributors, it is very difficult to determine what car of today will make your grandkids mega-millionaires three decades from now.

The indicators that we would traditionally look at may very well be obsolete three decades from now.

I don’t think that rarity applies today in the same way that it did 30 years ago. In today’s manufacturing environment, there are not really any rare cars being produced with the exception of some very expensive exotics.

Even very limited production cars like Shelbys are made in numbers too large to be considered really rare. Add to that the fact that at least half of them are probably being taken right from the showroom to a hermetically sealed chamber in the hopes that they will one day be multi-million-dollar cars.

In fact, by doing this owners are almost assuring that they won’t.

Remember the 1976 Cadillac El Dorado convertible? They were supposed to be the last of the American convertibles. A large number of people put these cars in storage with ultra-low mileage in the hopes that 30 years later (meaning right about now) they would be able to retire with the proceeds from their sale. Guess what? It didn’t work. There were so many cars put away that the market is now flooded with them. They are selling for between two and three times what they cost when new.

This is by no means a windfall. In fact, you would have done much better by simply putting your money in the bank. And that doesn’t even take maintenance and storage costs into account.

If you want to gamble your money on conventional collector cars that will outperform the rest of the collectible car market in the future, I would look at cars that I believe are undervalued in today’s market. These might include cars such as the Buick GNX, Pontiac Turbo Trans Am (1989), Buick GS Convertible with Stage 1 455 and 4-speed transmission, almost any Pontiac with a Ram Air IV engine and 4-speed transmission, Chevrolet Cosworth Vega, AMC AMX with a 390 engine, etc. The list is only limited by your imagination and opinion.

If you really want to put that gray matter to work, I think that I would look at some of the cars that are utilizing new technologies, that are actually usable, that are likely to succeed to some degree, that will be readily recognizable in the future, and that are being produced in limited numbers.

One such car that comes to mind is the Tesla. It is a car that I feel meets all of these criteria. It is an electric vehicle with a reasonable range. Most importantly, it has killer good looks, and outperforms almost any new exotic car at less than half the price. It is being produced in limited numbers and has a reasonable chance of success. And even if it doesn’t succeed, that will only make it that much rarer three decades from now.

Given all that, however, in the final analysis your guess regarding what may become valuable in the future is as good as mine.

But that’s all it will be—a guess.

Can You Help Me Find a Car Cover?

While reading “Car Collecting Questions” in the November issue I became interested in your mention of a one-layer cotton car cover which you prefer over all other types of car covers when the auto is to be stored inside.

I prefer this cover too but there is a problem that perhaps you can help me with. I have owned one such cover for many years and it is made by Budge.

I have looked everyplace that I know to look, called every auto store within 50 miles, looked on the Internet and still have not been able to find anyone who carries these covers of any brand.

Can you give me some information on where to look for a one-layer cotton car cover? I would appreciate it very much.

I own many of these car covers and was surprised to receive your letter indicating that you could not find anybody who sells them anymore.

I called some of the companies that I deal with only to find out that they are still available, but not as common as they used to be. My first call was to The California Car Cover Co. in Chatsworth, California, (calcarcover.com), where I’ve been getting covers for many years. They still offer this cover although they are back-ordered for approximately 30 days.

Ithen called Car Cover World in Dover, Delaware, (carcoverworld.com) and Car Cover Kingdom in Marlton, New Jersey, (carcoverkingdom.com) and I was told that a very similar cover is nowavailable that is made of a blend of cotton and polyester. It is just as lightweight as the original cotton ones, meaning that it can be washed in a home washing machine, yet it is supposed to last longer than the 100% cotton covers. I’m not really sure how much longer they can last as I’ve had many of mine for more than 20 years.

These new covers made of this cotton/poly blend are described as being similar to a lightweight golf shirt and are gray in color. Prices for a mid-size classic car range from $149 to $169.

Steve Linden is the author of “Everything You Need to Know, Car Collecting” (motorbooks. com). If you have a question for Steve, send it to Auto Restorer at P.O. Box 6050, Mission Viejo, CA 92690