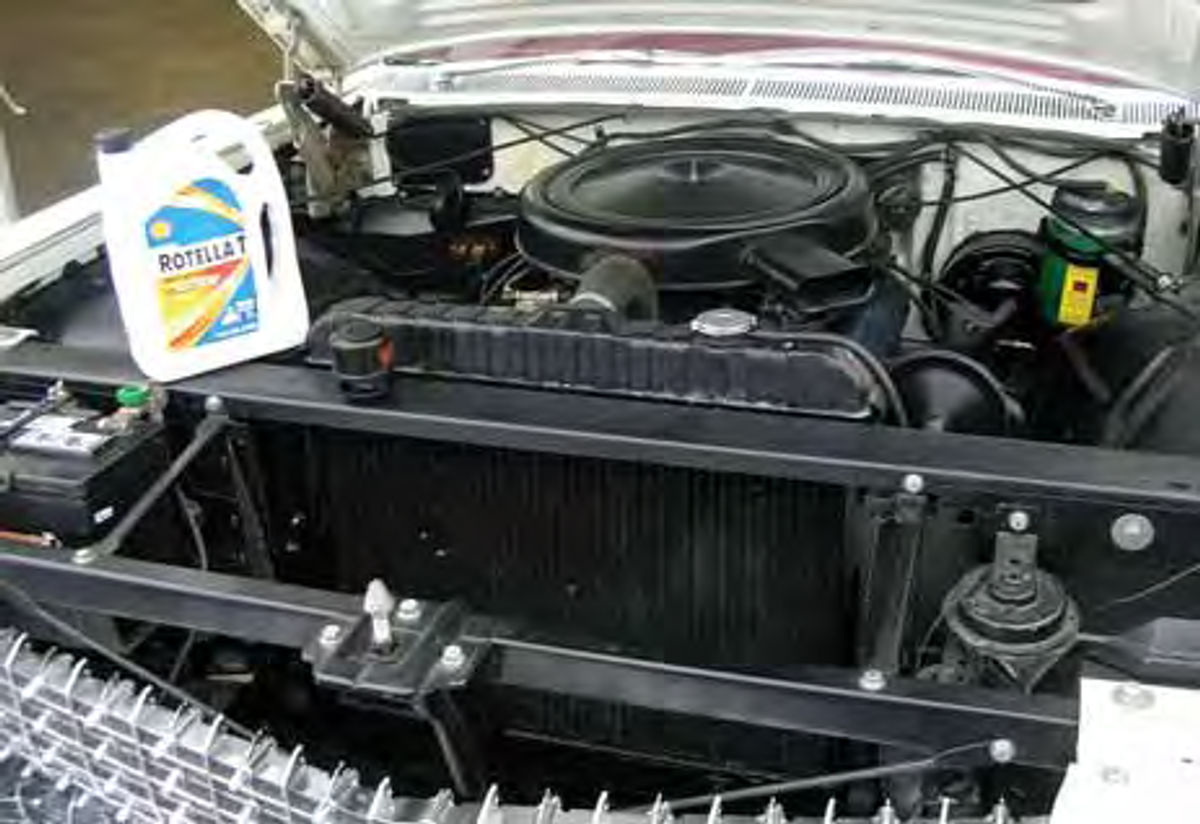 Are You Worried About Using Your Old Car With Modern Oil? Then Take Solace From What This Expert Has to Say.

Editors’ note: The repeated reduction of the chemical compound zinc dialkyldithiophosphate, aka ZDDP, in modern motor oils has caused many vintage vehicle owners to question whether these current products offer sufficient protection for their aging engines. So we asked veteran automotive journalist Don Sherman to look into the situation for us.

WE COLLECTOR CAR fans usually are content to let the modern world pass us by.

The whole idea of owning a vintage Mustang or Cadillac is to treasure a piece of the past. Most of us are only mildly interested in contemporary models laden with plastic, electronics and complexity. While we use them for daily transportation and to tow our trailers to gatherings of the faithful, modern cars and trucks never rouse the same emotions as our prized collectibles.

The old and new vehicular camps coexist in peaceful harmony…except for an occasional skirmish.

For example, we’ve all fretted over the modernization of pump gasoline that reduced octane, eliminated lead and added alcohol.

And now, the latest attack on our cars’ vital fluids has to do with the evolution of motor oils. There is growing concern that contemporary lubricants don’t fulfill the needs of collector cars. So I spoke with Mark Ferner, a team leader at Quaker State, to clear the air on this vital subject. Since Quaker State, Pennzoil and Shell are now under the same ownership umbrella, Ferner’s comments should not be construed as a sales pitch for one label versus another.

Ferner explained that the American Petroleum Institute (API), a clearing house for the oil companies, and the International Lubricants Standardization and Approval Committee (ILSAC), which represents auto manufacturers’ interests, cooperate on making sure that the lubricants available to consumers meet increasingly stringent car makers’ requirements. In 1992, a starburst label was created so that shoppers and mechanics could quickly determine if a particular oil met the needs spelled out in each vehicle’s owners manual. That first generation starburst label carried a GF-1 marking which stood for gasoline fueled vehicles. Ferner expects the fifth generation GF-5 label to appear some time next year.

Another code on the starburst reveals the Service classification. The first one, used years ago, was SA. That designation will evolve to SN in 2010. The second category is Commercial, which covers diesel engine classifications. A handy way to distinguish the two is to remember “S” for spark ignition engines, and “C” for compression ignition engines, though the codes don’t actually stand for those words, Ferner notes.

Starburst labels assure consumers that an oil meets or exceeds current API standards. For the most recent service classifications, it also indicates that the oil has passed a fuel economy test. The movement to lower oil viscosity has been driven by the car makers’ need to improve gas mileage.

Emissions and the Need for ZDDP

The evolution of car emission controls has also prompted changes in oil formulations. One specific concern is the amount of zinc, phosphorus and sometimes sulfur in oil. This compound—with the chemical name zinc dialkyl-dithiophosphate, abbreviated ZDDP—bonds with metal surfaces to prevent wear. A coating of iron sulfide or iron phosphide is created on the cam lobe which is capable of withstanding high contact pressures. That coating stays put to prevent wear after a cold start when the oil pump takes a few seconds to wake up and begin delivering fresh lubrication throughout the engine.

Unfortunately, when trace amounts of lubricant invade the combustion chambers, the zinc and phosphorus is burned, creating ash which goes out the exhaust valve. This ash is deposited on active surfaces in the catalytic converter, reducing its effectiveness. Of course, this is not an issue with older cars not equipped with catalytic converters.

To avoid the harmful ash-formation side effect, ILSAC and API agreed to reduce the concentration of zinc and phosphorus in oil beginning with the GF3 era. A maximum of 1000 parts per million (ppm) was established. For the GF-4 era, that limit was reduced to 800 ppm. Modern engines, that were designed for low friction and higher gas mileage with components such as roller cam followers and roller-tipped rocker arms, don’t need the same amount of anti-wear additives as older engines with flat tappets and mechanical fuel pumps activated by push rods.

It’s No Problem for Most Vintage Vehicles…

Ferner explained, however, that the specifications for each new generation of oils do not ignore the needs of older engines. To the contrary, new oils are intended to be all-encompassing—suitable for old cars while also meeting new car warranty requirements to the letter. But modified engines, he said, are in a different category. Hot rods with wild camshafts and higher-than-stock valve spring pressures have occasionally suffered from the loss of zinc and phosphorus anti-wear additives. In other words, some catastrophic engine failures—such as worn-out cam lobes—have occurred.

I asked Ferner pointed questions to see if there’s an easy solution to the reduced zinc and phosphorus dilemma.

Is there any secret code revealing the amount of anti-wear agent in a can of oil? Except for the GF-3 and GF-4 designations and limits noted above, the answer is no.

What about treating old engines to a can of magic elixir such as Marvel Mystery Oil, Slick 50, Motorkote, or STP? Ferner wasn’t familiar with all of these products but he did note that some may have ZDDP while others do not and there’s no ready way to identify the concentration. In other words, spiking off the-shelf oil with a can of additive is not a sure-fire way to obtain more ZDDP. Furthermore, every quart of magic elixir poured into your engine displaces a quart of oil with a proper formulation of detergents and friction modifiers. While the final mix may provide the desired extra ZDDP, it could be deficient in other lubricating areas.

What about synthetics, I asked? They are clearly better at high and low temperatures, Ferner acknowledged. However, their zinc and phosphorus content is subject to the same GF-4 guidelines as conventional oils. But keep in mind that meeting the GF-4 specs is done at the manufacturer’s discretion. Inchecking Amsoil’s Web site (enhancedsyntheticoil.com) I found zinc and phosphorus content claims of between 1288 and 1675 ppm.

So what’s an old car mother to do? One solution for those who feel they need more than the shelf amount of ZDDP is to use a diesel engine lubricant such as Shell Rotella.

According to Ferner, the CJ-4 limit (applicable to all diesel oils) is 1200 ppm. He adds that diesel oils may not comply with new vehicle warranty requirements, so proceed with caution.

The bottom line is this: Modern oils with reduced anti-wear agent content should work just fine in your classic car. If you’ve got a racy engine under your hood, you need racing motor oil.

Additional information on the more exotic oils—such as Mobil 1, Amsoil, and Les Friction—can be found by surfing the Internet or by visiting the manufacturers’ Web sites.

And no matter what oil you choose, it’s an excellent idea to service both the oil and the filter frequently.