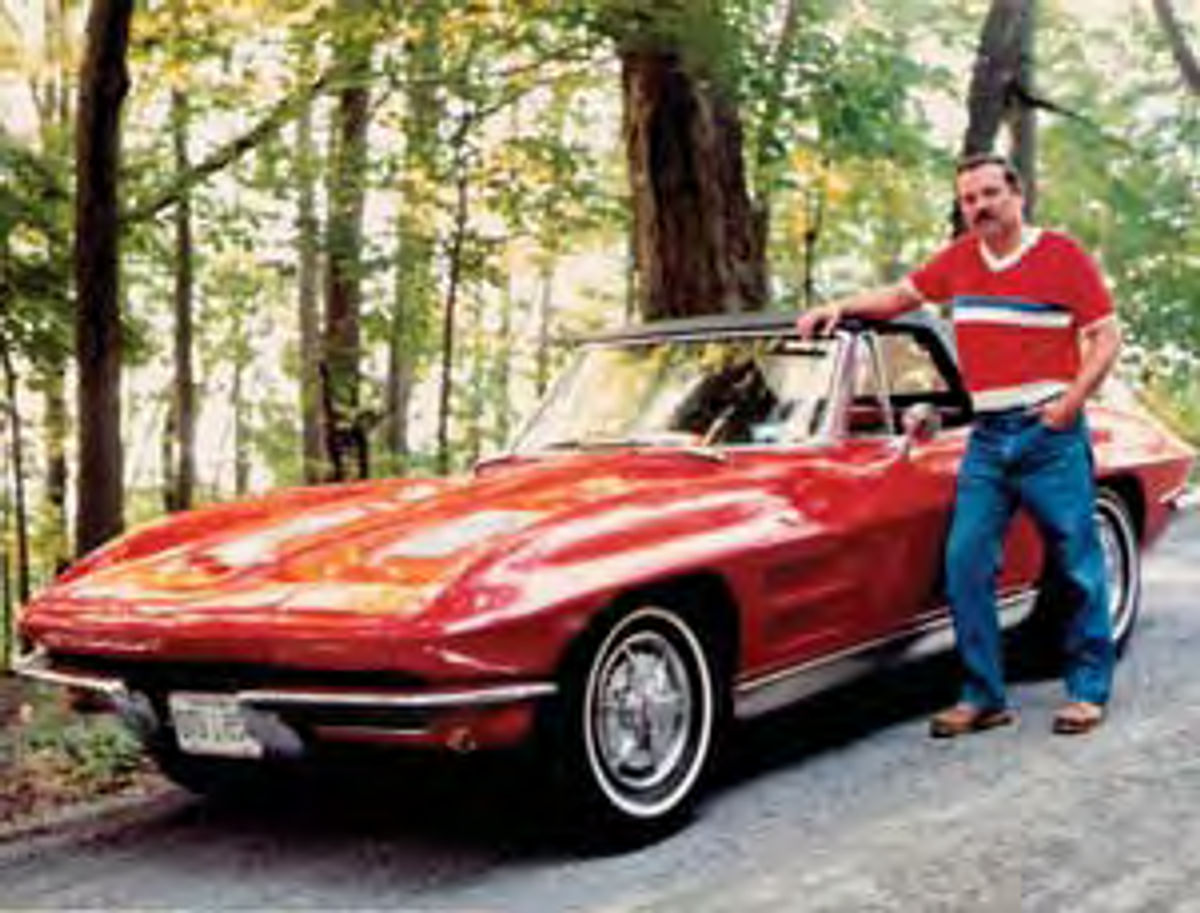 When His ’63 Vette Was Stolen, He Was Determined to Get It Back. The Story of One Man’s Search for His Missing Car.

Editor’s note: Anyone who’s ever had a favorite car or truck stolen knows that it’s a time of anger, frustration…and hope that you’ll get the vehicle back.

Even though it’s been several years, I clearly remember the morning when I went outside and saw an empty carport where I had left my ’84 Buick Regal the night before. I had owned the car for about a dozen years and it was my driver. At first I hoped that someone had just taken it for a joyride and it would be found before long, littered with hamburger wrappers and empty soda cans.

The police did find the car within about 24 hours, or I should say they found what was left of it—basically an empty shell.

Terry Berkson wrote a book about his stolen car ordeal and what follows is a condensation of his story.

There’s more information on the book at the end of this article.

I WAS AT Victory Memorial Hospital in Brooklyn for the birth of my son…my ’63 Corvette roadster was parked nearby on the street.

When I came out of the hospital and walked to the spot where I thought I had parked, the car wasn’t there. At first I thought I was mistaken about where I had parked but after checking repeatedly, my worst fears were confirmed.

The car was gone.

The police treated the theft of my Corvette routinely: “The insurance’ll handle it,” a cop told me. But I wasn’t insured for theft because of the high premiums.

With more than 120,000 cars stolen in New York annually, I didn’t get any special attention. For days I checked out Brooklyn’s dumping grounds for stolen cars. I put up reward posters and placed ads in newspapers.

The posters brought a lot of nuisance calls, but then a bus driver named Nick contacted me.

Nick had spotted a red ’63 roadster outside a garage in a bombed out neighborhood in Bushwick. He also gave me a license plate number. A friend at the National Auto Theft Bureau ran the number through his computer. The car it belonged to was identical to mine except for the last four digits of the VIN (vehicle identification number).

The Corvette in the computer was registered to a man I’ll call Higby who lived not far from the garage where the car had been spotted.

For several days I cruised the decrepit neighborhood. I’d park and walk or ride my bike wearing different hats and shirts. One time I heard a chainsaw going inside the garage and I pictured a fender being cut off. I wanted to crash the metal door to rescue my car but I had a strong sense that I might not get out in one piece.

Finally, I flagged down a police cruiser and told Officer Joe McCormack my story. He rechecked the license in the computer; the Higby car had been registered only three weeks after mine had been stolen.

Crepeau sent to Albany for the history of the VIN on the Higby car. Sure enough, the number hadn’t been registered for seven years prior to its recent reappearance. There was a good chance that Higby’s VIN had been saved from an old wreck and installed on my car.

Six weeks later I got a call from a man who identified himself as a used car salesman in New Jersey. He said that a man had brought in a Corvette to sell and that it fit the description in a newspaper reward ad I had placed.

The guy with the Corvette was supposed to come back in the evening to close the deal and the salesman asked me for details so he could check the car out. I gave him several things to look for: among them a quarter inch, star-shaped crack in the windshield—and the new VIN. The salesman said he’d examine the car and call back.

“Sam Ashkin,” he said. “At Fort Lee Motors.” Then he hung up. Something seemed very wrong. So I checked with New Jersey Bell and found that there was no listing for Sam Ashkin or Fort Lee Motors. He probably had my Corvette and was pumping me for information. Now, Ashkin might change the VIN again or maybe even cut up the car.

Discouraged, I called Detective Crepeau. He doubted that they would change the car’s VIN again, “because the tag and paperwork are hard to get.”

Several months later the police computer showed that the car was now registered to a man I’ll call Livingston who owned a store in the Bronx. I drove there to see if I could spot my car.

Short on patience, I entered the store and began to ask about the Corvette. In seconds I was surrounded by six junkyard dog characters led by Livingston. We argued. I wanted to see the car. They wouldn’t let me. There was some finger poking and chest butting and spittle landed on my face.

Livingston said that it wasn’t my car and that my posters had caused people to bug him for the reward.

“I don’t have to show you nothing” he said in reply.

I left thinking about what my next move should be.

A lawyer told me that Livingston had no legal obligation to show me the car. When I got through to Detective Crepeau he said he would force Livingston to produce the Corvette by threatening to block its registration. I didn’t want to wait that long but he warned that we had to proceed with caution. There was still a chance that this wasn’t my car.

Three weeks later, armed with my list of unique features, Crepeau went over the car and found it to be mine. While on the phone with the police, I heard Livingston ranting in the background about the money he’d invested. I recognized his voice. He was Sam Ashkin, the New Jersey car salesman. After calling me, he knew for sure the Corvette he had bought from Higby was stolen.

Predictably, many of the unique features I described to Sam Ashkin had been altered or removed.

The car had to be held in the pound for three months in case Livingston contested its recovery.

Finally, almost a full year after my Corvette had been stolen, I steered it onto the Belt Parkway. I could hear the crisp sound of the mufflers. The smell of the ’60s interior filled my head. There was damage to undo and numbers to erase—but we were headed home.

Now, I meet so many people whose cars have been stolen never to be seen again. They say I was lucky to get my car back.

Yes, it was luck but also a lot of heartache and hard work.

The preceding story is a synopsis of Terry Berkson’s 200-page book, “Corvette Odyssey,” which chronicles his yearlong search for the car.