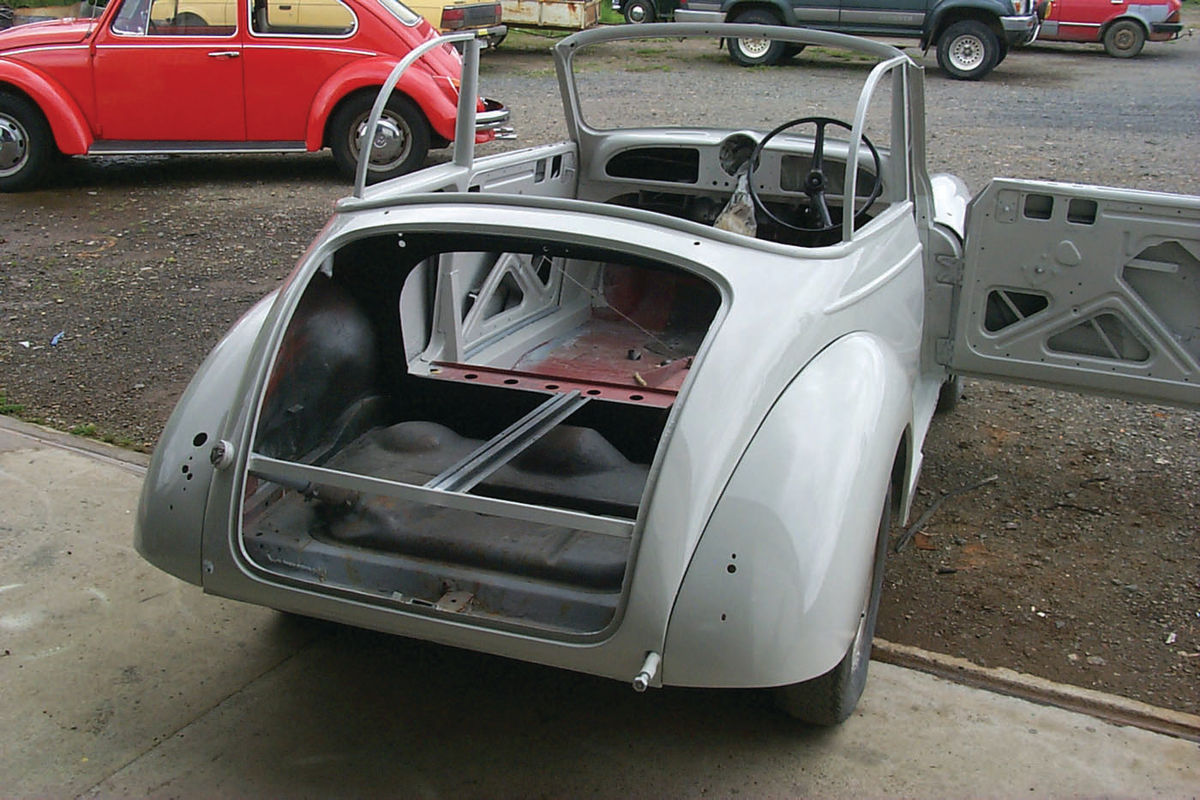 I am in the process of restoring a 1970 Triumph TR6 roadster that turns out to have rust on the insides of the doors and in the floor. I know how to weld in panels and get rid of surface rust, but do you have any recommendations for keeping rust out of these areas in the future? I live in a wet area of the country and rust is a big problem, especially if I get caught in the rain.

Rust is an even bigger challenge for open cars. They are generally less watertight and are vulnerable to sudden summer showers, so you will want to rustproof your Triumph inside and out.

I had a similar problem with a 1966 Morris Minor convertible that I have in New Zealand. It too was pretty rusty when I got it. We had to replace some of the floor and the driver’s side doorsill completely, along with some of the cross bracing in its unit body.

We also cleaned the underside of the car as thoroughly as we could and then undercoated it for further protection. If you do that—and I strongly recommend that you do—don’t shoot the stuff on the engine pan, springs, suspension or steering gear. I even undercoated the inner fenders on my car, partly to waterproof it, but also to cushion the inevitable sharp gravel and rocks from chipping the paint. You can spray on the undercoating or just brush it onto clean or painted metal. Shoot the engine with the proper engine enamel, and then shoot Rust-Oleum on the cleaned springs and steering gear.

In the doors as well as all other hard-to-reach niches, I used cavity wax, available from your local automotive paint store as well as Amazon. You can buy it in rattle cans, or in larger quantities along with a wand to apply it. Because nobody will see it you don’t have to be too fussy in applying it. Just shoot it into cavities until it runs out, but make sure you hit all the surfaces. The great advantage to cavity wax is that it is moisture-proof but it stays flexible.

I coated the insides of the doors on my Morris and didn’t worry about runs, but I did make sure that the little drain holes in the bottoms of the doors were open because car doors are not 100 percent waterproof due to the fact that water runs down the windows and past the rubber seals and whisker moldings in heavy rain. Alternatively, you can undercoat the insides of the doors if you choose, but that is messy.

The final and most important thing I did on my Morris was to undercoat the floor pan inside of the car as well as doing the underside. If you should be caught in a rainstorm on the freeway with the top down, it might take awhile to get over and stop so you can put the top-up. That might be just long enough for your interior carpeting to get soaked. And that moisture will stay, stink and rust out your chariot’s floors.

If your car’s interior does get wet when you get home use a shop vacuum to draw out the excess moisture and then use a hair dryer or heat gun to get rid of as much moisture as you can. After that, you may want to apply a rug deodorizer to keep bacteria from blossoming into a colony in your carpeting