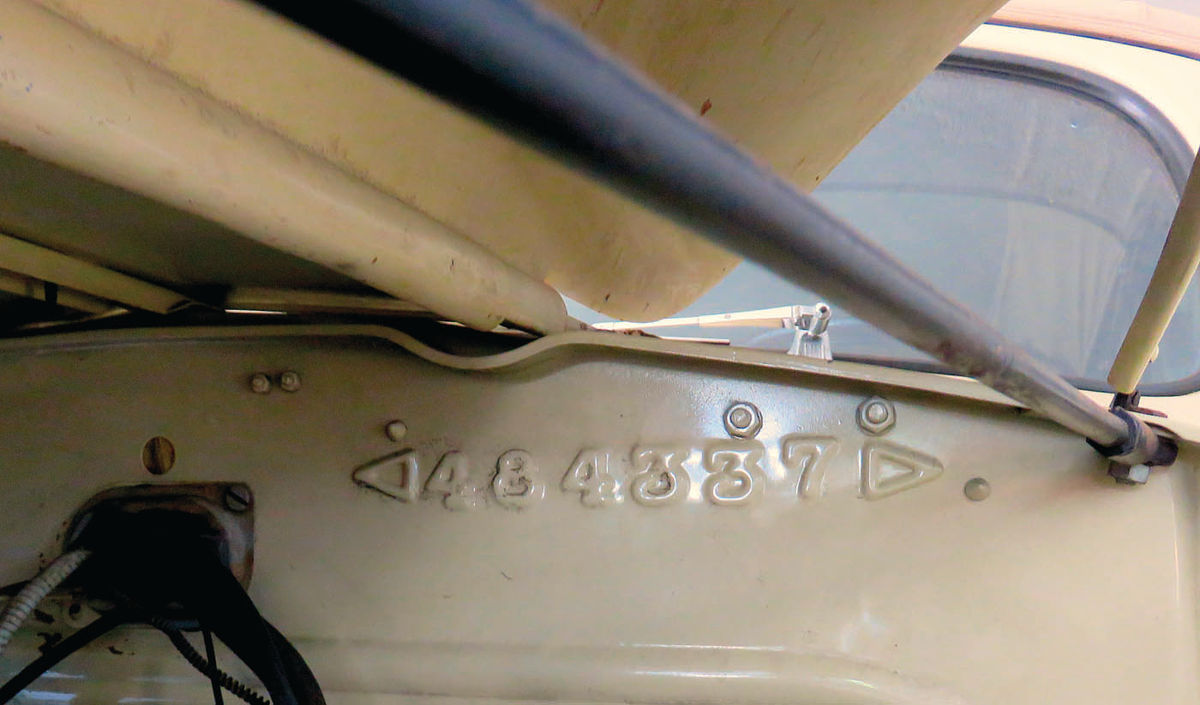 Tell me about VIN tags

Can you shed some light on the subject of when VIN (Vehicle Identification Number) tags began to be used on vehicles. I know that with early cars the motor number was placed on areas of the frame and body and issued on the title of the vehicle but never on a visible VIN tag.

This requirement for a VIN tag by the Department of Revenue in the State of Missouri is an ongoing problem for car enthusiasts when trying to obtain a title for their vehicle, especially if the motor is changed and the ID numbers are not visible (rust) on the frame or body but are listed on the original title. It is the Department’s position that all cars have had visible VIN numbers from the onset of the production of automobiles.

I spend a considerable amount of time in the Missouri Capital as I am the state chairman of the leadership council for “NFIB,” The National Federation of Independent Business which gives me access to the Department of Revenue, but my numerous conversations have fallen on deaf ears, as I have been informed that I am not an expert on the subject and have no documentation to support this position.

My research has led me to the conclusion that there were no consistent visible VIN tags in use before the Federal Mandate of around the mid- ’50s. If you have any information that would be helpful to correct the DOR’s position it would be most appreciated.

American automakers have used so-called VIN Numbers— sometimes called chassis or engine numbers—since 1954, but 1981 was the year that the National Highway Traffic Safety Administration (NHTSA) mandated that all motor vehicles, trailers, motorcycles and mopeds be registered with VIN numbers in the uniform format and placement we see today. Unfortunately, your problem is confined to Missouri.

I have a 1939 Packard 120 that was titled using its chassis number, which is stamped into the firewall. When I attempted to register the car at the Department of Motor Vehicles in California, they said they couldn’t do it because the number on the title was not a VIN number. I actually had to take a representative from the DMV out to the parking lot and show her the number before they would accept it.

I also remember in my youth that cars made before the early ’50s were commonly registered using their engine number. I had a 1949 Chevrolet back in the ’50s in which I installed a later 235 Blue Flame six, and rather than go to the fuss of re-titling the car, I ground off the engine number on the new engine, and stamped in the number of the original engine. But that was a long time ago and I was a poverty-stricken seventeen at the time.

Today I have a 1940 LaSalle with a war-surplus Cadillac engine in it that was originally built for use in a World War II Stuart tank. The engine is equipped with the original passenger car manifolds, carburetor, and other components, and looks identical to the original LaSalle V-8 except it is bored out a bit bigger. The previous owner of the car had it re-titled using the tank engine number. There is a small metal tag mounted in the driver’s side doorframe indicating this fact in order to avoid confusion.

The authorities in Missouri obviously don’t know their history. No uniform VIN numbers existed before 1981. This fact is easily verifiable by comparing the titles of old cars registered in the state with the engine or chassis numbers on the car that were used for identification when the car was built.