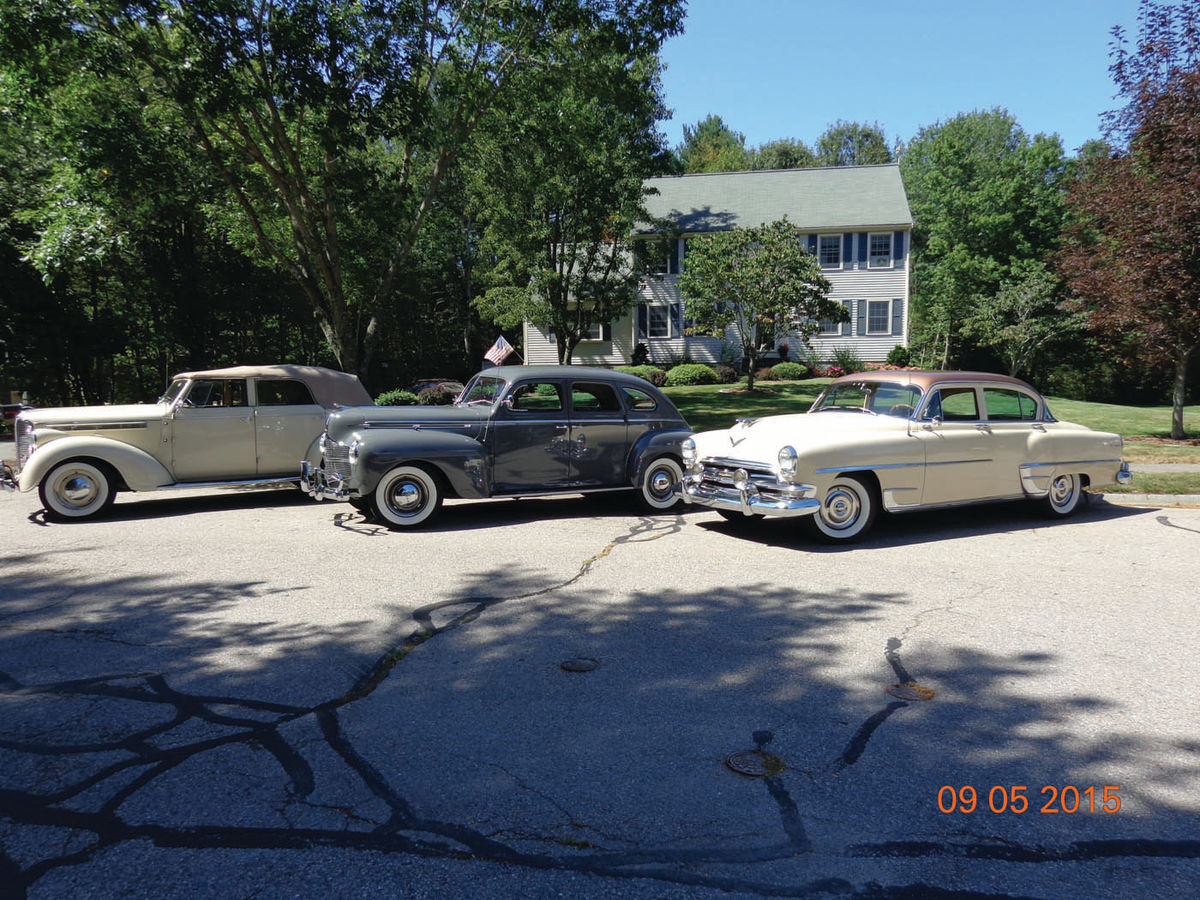 They Were Designed to Operate Efficiently by Knowledgeable Engineers…and This Reader Knows How to Maximize His SixVolt Driving Pleasure.

I would like to add some commentary to the ongoing discussions about 6-volt automotive electrical systems as well as, 6-volt headlights and their functionality. Between my son and I, we own the following vehicles with 6-volt positive ground electrical systems:

All three of these vehicles are equipped with their original generators, firewallmounted voltage regulators and, until recently, all three had standard Group 2 lead acid batteries (more to come on that in a moment).

We have driven all three of these vehicles extensively over the years, both locally and on long-distance trips with no troubles from the electrical systems. In preparation for our trips, we abide by the Five P’s:

It’s very simple. These systems were designed years ago by extremely competent engineers. The electrical systems worked then and they can work now. As long as they are well-maintained, they will function quite well. As others have mentioned repeatedly, utilizing the correct gauge wiring, especially the battery cables, is extremely important. All 6-volt electrical components draw twice the current, or amperage, of comparable 12-volt components. Therefore, the wire gauge or diameter needs to be substantially heavier on a 6-volt system than the comparable 12-volt system. The basic electrical formula at work here is:

 I = Current in Amps

If you take the formula and assume you are powering a 50-watt headlamp in both a 6-volt and 12-volt vehicle you get the following results:

Therefore, one can see that the same wattage bulb draws twice the current in a 6-volt application as it would in a 12-volt application. Hence the need for large diameter or lower gauge wiring.

The largest electrical draw on an antique automotive electrical system is the starter motor. The battery cables on all 6-volt electrical systems should be, at a minimum, 1-GA cables. These are substantially heavier than the typical 4-GA cables used on typical 12-volt electrical systems. If 4-GA cables are used on a 6-volt system, when the starter is engaged for any length of time, as often happens with antique vehicles that have not been started in a while, the cables will become too hot to the touch, possibly smoke or in the worstcase scenario melt the insulation or catch fire because of the heat created by drawing too much current through an undersized wire.

The Importance of a Good Ground

Grounding is also imperative in all electrical systems and especially so in 6-volt systems. A key component of the electrical system that is often overlooked and missing is the frame/chassis to drive train ground strap or cable.

All of our vehicles have at least one ground strap from the drive train to the frame/chassis of the vehicle to ensure that all components grounded to the body have an unimpeded route to ground. Additionally, on our vehicles, ALL electrical connections utilize star lock washers (vs. spring lock washers) to ensure a good electrical connection between the wire terminal or lug and the object it is connected to, be it a gauge, motor, chassis ground, etc.

We keep a full selection of various-size star lock washers on hand when doing electrical work on our vehicles. Good, clean, tight electrical connections are the key to a well-functioning system. If one is vigilant about maintaining the correct wire sizes, as specified in the original shop manual, as well as maintaining good clean electrical connections, 6-volt systems should perform flawlessly, as designed.

6-Volt Headlights and their Mazda Numbers

Vintage automotive bulbs are frequently referred to by Mazda numbers. These numbers have nothing to do with the Japanese car manufacturer. Mazda was a trademark of General Electric and was selected based on the Persian god of light named Ahura Mazda.

As for the debate regarding 6-volt headlights, we have also had quite a bit of experience with these as well. The ’38 Dodge utilizes bulb-type headlights with glass lenses and silvered reflectors. The ’40 Dodge and the ’54 Chrysler both utilize sealed beam headlights.

c The ’38 Dodge: This vehicle was originally equipped with headlights that consisted of silvered reflectors with Mazda 2331 bulbs mounted behind glass lenses. The 2331 bulb was rated at 32CP/32CP (high/low), where the bulb strength is rated in Candlepower (CP). It would appear that because of post war demand, General Electric came out with a more powerful replacement for the 2331 bulb, the 2531 bulb rated at 50CP/32CP, giving it a more powerful and brighter high beam. Both the 2331 and 2531 bulbs are now available in the halogen versions H2331 and H2531. We installed a pair of H2531 bulbs on this vehicle. (Photos of a 2331 and an H2331 bulb are on this page.)

c The ’40 Dodge: This vehicle was originally equipped with 7” sealed beam headlights, commonly referred to as 6006 bulbs. The conversion on this vehicle consisted of installing Cibie 082440 Light Units with 6-volt H4 Halogen bulbs. The Cibie light “shells” are a European specification light and are not exactly DOT approved, however they function very well. The 6-volt bulbs are available in various wattages (high/low beam) so they can be matched to the wattage of the original sealed beams (45W/35W). By doing this, the original wiring will be capable of handling the current draw of the new bulbs without overloading the electrical system.

c The ’54 Chrysler: This vehicle was also originally equipped with 7” sealed beam headlights (6006 bulbs). The conversion on this vehicle was very simple. General Electric H6006 sealed beam bulbs were purchased and installed. (Note that H6006 bulbs could also be used on the ’40 Dodge).

All three of our vehicles originally were equipped with standard 3-cell, Group 2 lead acid 6-volt batteries. All three vehicles are also equipped with “Battery Tender” pigtails hardwired to the batteries so when the vehicles are parked for any period, they can easily be connected to the charger and maintained at a full charge. Despite these efforts, the lead acid batteries tend to fail after about 4 years, usually spilling battery acid on the battery tray.

After cleaning and refinishing numerous battery trays, we came up with an interesting solution to the battery problem: the Optima Red Top, sealed, 6-volt batteries that offer 1000 Cranking Amps and 800 Cold Cranking Amps.

To maintain an original look, we found a vendor on e-Bay that sells brand-new Group 2 battery cases that have had the interiors modified to make a modern 6-volt Optima battery look like an original lead acid battery.

You merely place the Optima battery in the case, place the cover on the case then install the assembly in the vehicle. It looks just like an original lead acid battery yet provides more starting power, better performance and will not leak battery acid! (See photos on this page of the Optima conversion in the ’40 Dodge.)

The question is always raised regarding operating modern 12-volt accessories such as cell phones and GPS units, while driving a vehicle equipped with the original 6-volt positive ground electrical system. All three of our vehicles are equipped with 6-volt positive ground to 12-volt negative ground power inverters connected to their own dedicated lighter plugs. The inverters and plugs are placed conveniently under the dash so they cannot be seen, yet are easy to access. The power inverters are very small, ~1”x1”x1” and have a power output of ~2 Amps, which is plenty of power for small electronic devices.

As you can see, with a little effort, 6-volt automotive electrical systems can function quite well. There is no need to convert a vehicle to 12 volts; its original system will work just fine…as its designers had intended.