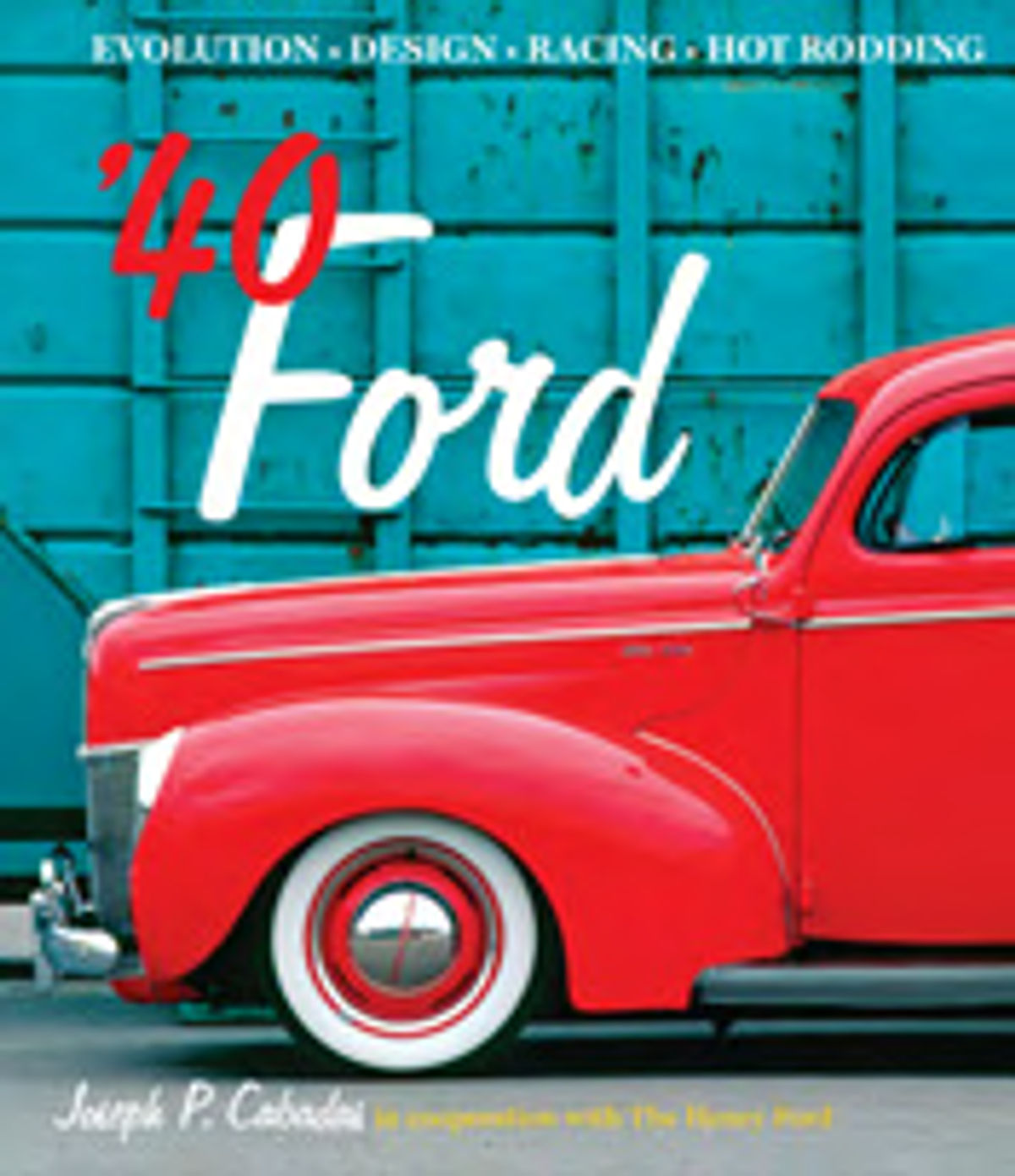 THE TITLE OF this book is somewhat misleading in that it’s much more than a recounting of the design, building and marketing of the 1940 Ford. True, it does take an in-depth look at the ’40 Ford and its late-’30s Ford predecessors, some of the sleekest, best-looking cars ever to come out of Detroit. But it also puts those vehicles in the context of the times, taking into account the operating structure of the Ford Motor Co., as well as the personalities and input of automotive legends such as Henry and Edsel Ford, design chief Bob Gregorie and, of course, Harry Bennett, head of the infamous Ford Service Department. Beyond that, it looks at the competitive factors of the day, a period in which General Motors totally dominated the domestic market and Ford was losing ground in the sales race. In 1936, for instance, GM held 43 percent of domestic sales, relative newcomer Chrysler Corp. had 25 percent and Ford had shrunk to 22 percent after having sold nearly one-third of the new cars purchased in the U.S. just a year earlier. Furthermore, the world itself was in a period of turmoil, struggling under the oppressive weight of a persevering Depression at the same time that it was entering a lengthy world war that would engulf both Europe and the Pacific and bring about far-reaching changes to more than just the automotive industry.

Along with text that speaks of diligent research, this story of another era is presented through 26 color and 161 black-and-white photos, many of them supplied by The Henry Ford, a museum and research complex founded by Ford Motor.In addition to highly detailed images of work performed in design studios and at various stages of the assembly line, there are numerous publicity photos of late-’30s Fords and the ’40 Ford, such as the ones of Ford Coupe models seen on this page.

And for a quick summation of how things have changed over the decades, consider Henry Ford’s words to his engineers when they told him that any V-8 engine the company developed would have to be complex and expensive. “Mr. Ford,” as he was known, would have none of that. “Anything that can be drawn up can be cast,” he told them. And a few years later, Ford’smassmarketV-8 wasin showrooms. —Ted Kade