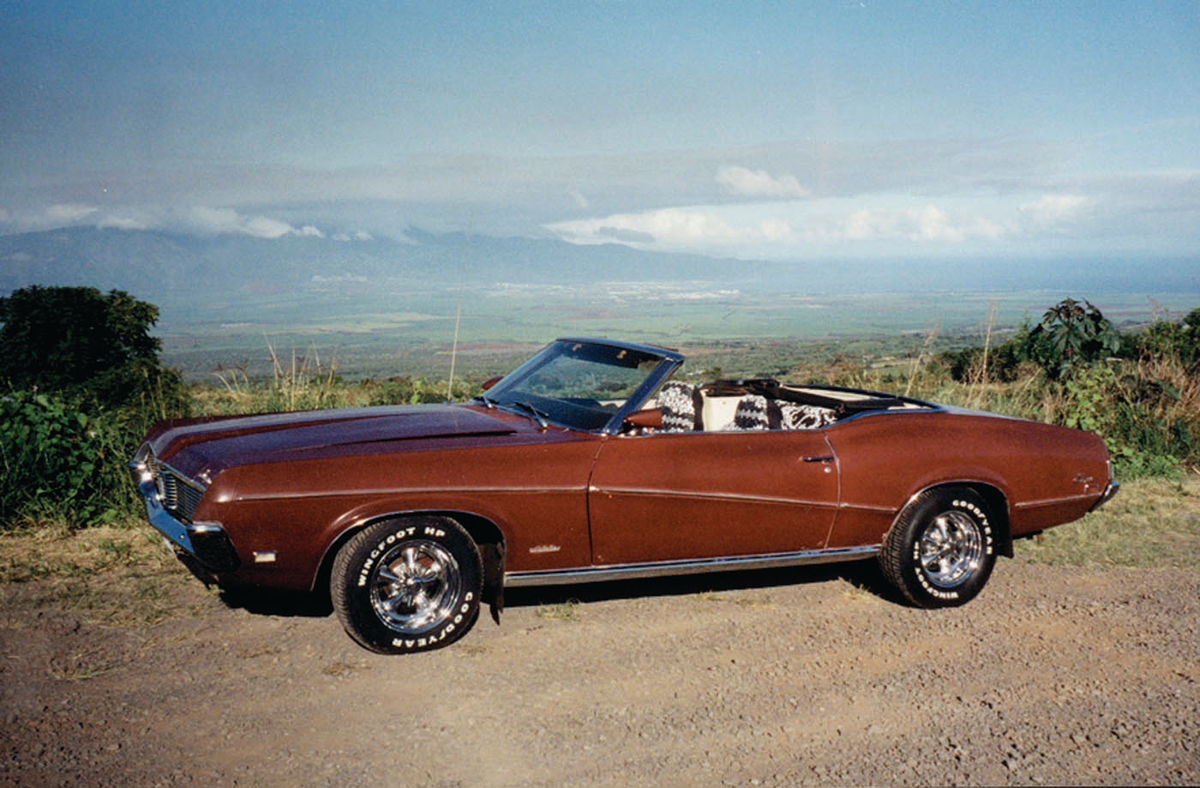 I have a ’69 Cougar XR7 S-code convertible that blew a head gasket in 2005. That was by no means its only issue or it would have been back on the road a short time later. This year I will start the process of bringing it back to life. The engine and transmission are at the head of the list. I have rebuilt FE engines before, so I will disassemble the engine to see what it needs. I live on an island and the two machine shops offer only very basic services. Hot tanking to clean the block is not an option. What is the best way to clean the block myself?

I would like to have more certainty that it won’t overheat. I will retain the stock six-blade fan with a new fan clutch, and plan on getting an aluminum radiator with the most cooling capacity that will fit. Will I get better cooling with a good stock water pump or a performance water pump from Edelbrock?

The upper control arms seem to be under-dimensioned for a big block and I have had to replace them several times. One is starting to develop a crack, so I plan to replace all the front suspension parts while I am at it. Carol Shelby came up with Shelbyizing Mustangs and Cougars by lowering where the upper A-arms are attached. That is said to vastly improve the car’s handling. Why didn’t Ford apply that to all the Mustangs and Cougars after that was demonstrated? What is the downside?

I would first disassemble the engine and see what it looks like inside the water jacket. It may not be that badly corroded provided you kept the coolant-to-water ratio correct and changed it every year or two. After you have stripped the block for an overhaul, removed the water pump and popped out the core plugs, have a look inside the water jacket using a small flashlight. One of those flexible rifle bore scopes they sell at Harbor Freight would be even better for peering into tight spots.

If the water jacket looks rusty and crusty, take a big screwdriver and scrape away as much loose corrosion and scale buildup as you can. And then hose out the block. At that point you can decide if it needs more work. There are a couple of ways you can clean rust out of the block without hot tanking it, but before embarking on one of them, be sure to check with local radiator shops to see if they can hot-tank or clean your block, because the alternative methods are time-consuming and messy.

The next best approach after hot tanking is to use Evapo-Rust, which is a product sold in stores such as WalMart, as well as do-it-yourself stores, that I have used and found to be quite effective for rust removal. Once you have the block stripped and cleaned up on the exterior, then—as we stated above for the initial inspection—go in through the water pump hole and the core plug openings and chip away as much rust and scale as you can, and rinse the block out with water.

Next, tip the block on end with the water pump orifice up, and then cap off the water jacket holes with rubber plugs or whatever is at hand. Fill the water jacket up with full-strength Evapo-Rust, and let it cure for a day or two. You can then dump out the Evapo-Rust and re-use it for other applications, or just dump it down the drain. It will not harm the environment. Evapo-Rust won’t harm healthy metal or eat plastic either. Follow the safety instructions on the container of course. Finally, rinse the block out thoroughly and you should be ready to go.

Another, older rust-removal method is to employ electrolysis to de-rust the block. This approach uses direct current from a small battery charger to convert the rust to magnetite and draw it to a piece of sacrificial metal. The process is environmentally friendly, and though the 12 volts of DC current will wake you up if you come into contact with the tub of water involved in the process while the charger is on, it would not normally be dangerous unless you have a pacemaker. But make sure the charger itself is nowhere near the water, and can’t be knocked into it, because that could be lethal.

Make sure you work in an outdoor area away from any flame or spark, because you will be splitting water into hydrogen and oxygen, which is the combination that burned up the Hindenburg dirigible in a matter of seconds. Your mixture will only be giving off very small amounts of these elements, so the chances of problems are small, but in a tight, confined space, things could possibly go awry.

To strip the block of rust you will need a plastic tub that is big and stout enough to immerse the block completely in water. Place the block in the tub and then fill it with a mixture of Arm and Hammer washing soda (not BAKING soda). Use about a cup of soda to each five gallons of water. The soda is basically a salt that helps increase the conductivity of the water.

Next, hang a piece of clean sacrificial iron or steel (an old brake rotor would do) in the water by a piece of copper or steel wire. Hook up the negative (–) lead of a small 12-volt battery maintenance charger capable of putting out nine amps, to the engine block under the water so it makes good contact with the block. Next, above the water, attach the positive (+) lead to the wire holding the submerged sacrificial metal so it makes solid contact.

Plug in the charger and leave the whole thing to bubble for two or three days. Check the progress a couple of times a day, and skim off the muck that has attached itself to the sacrificial metal. Again, what you are doing is using electrolysis to draw the rust away from the engine block and to the sacrificial metal, and converting it to magnetite in the process. The process is slow but it works, and the magnetite will not rust.

When the process has done all it can do, pull the block out of the water and pressure-wash it inside and out to get any black muck off of it, and then scrub all the accessible surfaces with a bristle brush and rinse completely. The process will turn the block black or dark gray, but it won’t harm healthy metal. You can dump your mixture down the sewer after that because it is not toxic.

As for going with an aluminum radiator, it won’t make any difference as far as cooling goes. The real advantages to an aluminum radiator are that aluminum is light, and the seams are all welded, so it will take more pressure. If you are going racing that might matter to you. Otherwise, an ordinary brass/copper, perhaps triple-core radiator will be more than adequate even with an air conditioning condenser in front of it.

For street use I don’t see the point of an expensive after-market Edelbrock water pump because the one that came on your car was designed to flow the water at the rate necessary for your engine. Creating more flow would just mean that the coolant would spend less time in the radiator releasing its heat, and an increase in pressure could cause leaks around hoses, seams and your pressure cap. I think the engineers who designed your Cougar were pretty sharp, and to try to outwit them would be a challenge.

As for lowering the front suspension, it would transfer the weight bias of the car forward and cause the car to be more prone to over-steer. Lowering the car all the way around would improve handling though, because it would make the center of gravity of the car lower, but it would also give you less ground clearance and a harsher ride, which is why Ford didn’t do it at the factory. Keep in mind that you will also have to match new shock absorbers for any reduced spring travel too. I don’t know of any front suspension failures on the Cougars before or after lowering in normal service, but your situation may be different.