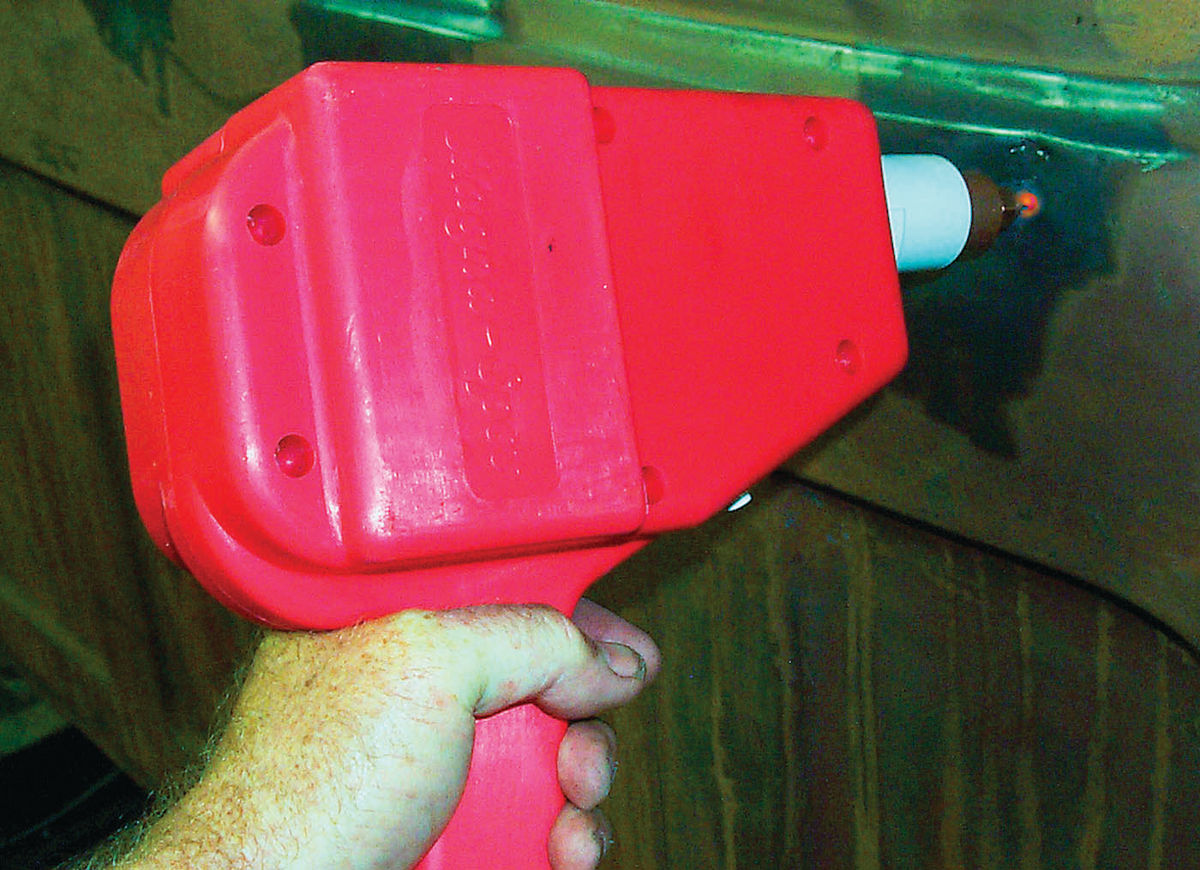 I am restoring a 1957 Ford with a lot of small dents in it that I can’t reach from behind. I have seen a technique that involves drilling numerous holes in the dent and then using a slide hammer and a hook to pull out the dent, but that leaves a mess with a lot of holes in it. Is there a better way to do this job? I don’t want to have to cut out the dents and put in patch panels. I am not that good at welding, and I don’t want to warp the panels. Any ideas?

The best way to go is a stud welder dent pulling system. It works by spot welding small two-inch-long pins to a dent, then pulling the low spot up with a slide hammer or dent-pulling tool that grips the pin. It is amazing how easily dents can be removed with these devices. A basic stud welder is available from The Eastwood Company for about $270.

Eastwood also offers a deluxe stud welder for $515 that is more versatile. It can be used with a shrinking tip to draw in stretched metal that helps flatten minor bumps too. You will also want a pliers-type dent puller to pull out the dents and cut off the studs. It looks somewhat like a pop rivet gun and is available from Eastwood for $38.

You can contact Eastwood at: The Eastwood Company 263 Shoemaker Rd. Pottstown PA 19464 | www.eastwood.com

Another device that does a great job in tight places is a slim pry bar that can be slipped under fenders and into door hinge openings to gently pry dents out. These have to be used carefully and you must make sure that you have a rigid item to pry against. Prying one piece of thin sheet metal by bracing against another will only make things worse and could ruin a panel.

An old tool that can also be valuable for removing shallow dents is a plumber’s helper. A plumber’s helper is that red rubber thing with a wooden handle you use to unstop a drain. They come in various sizes, and if you coat the lip of one with a little Vaseline, it will stick nicely so you can pull pretty hard.

The stud puller from Eastwood also can heat small, localized areas to cherry red causing them to expand and bulge. Then all you have to do is tap the spot to cause the bulge to gather against the cold surrounding metal, thus thickening it and shrinking its surface. As soon as you’ve tapped the hot spot, quench it with a blast of compressed air or a water-soaked rag.