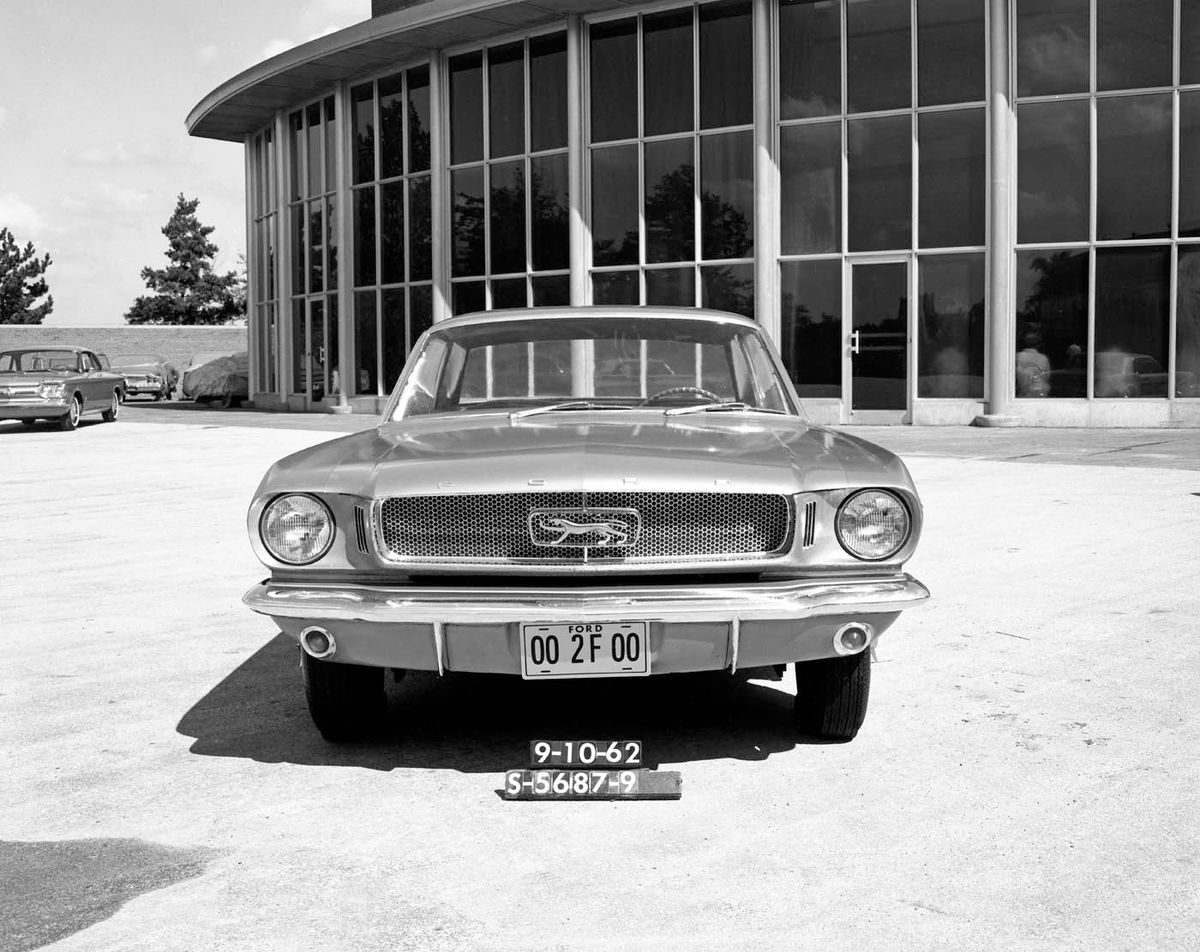 The Importance of Being “Mustang”

SOMETIMES IT’S EASY to determine the origin of a vehicle’s name. Consider, for example, the Mercury Comet or the Chevy Impala, the Pontiac Bonneville or the Plymouth Satellite.

There’s no question about where those names came from: A space object shooting across the sky at a high rate of speed, a graceful bounding animal, a well-known location for high-speed runs and yet another space voyager.

The same goes for the Ford Mustang that will celebrate its 50th anniversary in April, right? After all, you just have to glance at the car’s grille and you’ll spot the sporty Ford’s namesake — a sleek, galloping, nimble horse.

Or is that pony really the inspiration behind the legendary pony car’s nameplate?

As it turns out, while many people have firmly-planted ideas regarding the derivation of the Mustang name, no one can point to rock-solid evidence to support their claim. In fact, even Ford Motor Co. admits that “no conclusive documentation exists (regarding the origin of the Mustang name), and human memories are imperfect at best. There long have been conflicting stories from the people who were there at the time, as well as many who weren’t, about how the name came about.”

Ford went on to state that “Different people also invariably have unique interpretations of the same events. In his book ‘Mustang Genesis,’ author Bob Fria quotes designer John Najjar: ‘R.H. Bob Maguire, my boss, and I were looking through a list of names for the car. I had been reading about the P-51 Mustang airplane and suggested the name Mustang in remembrance of the P-51, but Bob thought the name as associated with the airplane was too ‘airplaney’ and rejected that idea. I again suggested the same name Mustang, but this time with a horse association because it seemed more romantic. He agreed and we together selected that name right on the spot, and that’s how it got its name.’”

Yet Ford Motor itself has released retrospective photos of Mustang cars parked alongside a P-51 Mustang, such as the one seen on this page. If the company never linked the car to the airplane, why produce photos of the winged and wingless Mustangs?

How About a Cougar…or a Thunderbird II Instead?

As always with a new car in development, a range of names were considered for the upcoming sporty car in the early ’60s. Ford says that among those considered were Cougar, Torino, Allegro, and even Thunderbird II. (Perhaps the Thunderbird II name came up because the original Bird had grown by that time and this was to be a smaller car, something like the Mustang II name given to the downsized pony in 1974. For more on the Mustang II, see last month’s issue.)

Some of the names considered, such as Cougar and Torino, found their way to other Ford Motor Co. products within a few years while the decision to go with Mustang came in late 1963. Even so, Ford said, “various design models and prototypes carried other names until early 1964 as part of the security effort around the project.” (Interestingly enough, there’s a Ford Motor photo of a prototype taken in 1962 with a familiar-looking Cougar riding on the grille instead of a galloping horse.)

An Ode to Football?

In discussing the background of the Mustang name, Ford also relates what it refers to as “another interesting although less-plausible story” involving the Southern Methodist University Mustangs football team.

“Following the team’s one and only game against the University of Michigan in Ann Arbor in September 1963,” Ford stated, “then-Ford Motor Company Vice President Lee Iacocca reportedly visited the SMU locker room.

While it makes for an interesting scenario, this reported locker room pep talk and revelation came a year after the Mustang name first appeared in public on a 1962 concept car. In addition, Dean Weber, Ford Motor Co. archives manager, found several design studio photos of a design mock-up bearing Mustang badges dated the day before the game.

And furthermore, Ford said, Iacocca himself has told numerous people — including author Bob Fria — that the reported incident never happened. More than likely it was yet another urban myth that made for a good story to repeat and repeat.

However, a year later, after the car had gone on sale, SMU head coach Hayden Fry did take delivery of a Mustang…painted in the team colors of red and blue.

But while it’s fun to speculate on the name, Ford brings up a compelling point when it asks “Does it even matter? Whatever the rationale for selecting ‘Mustang,’ Ford said, the name still makes sense 50 years later.” —Ted Kade