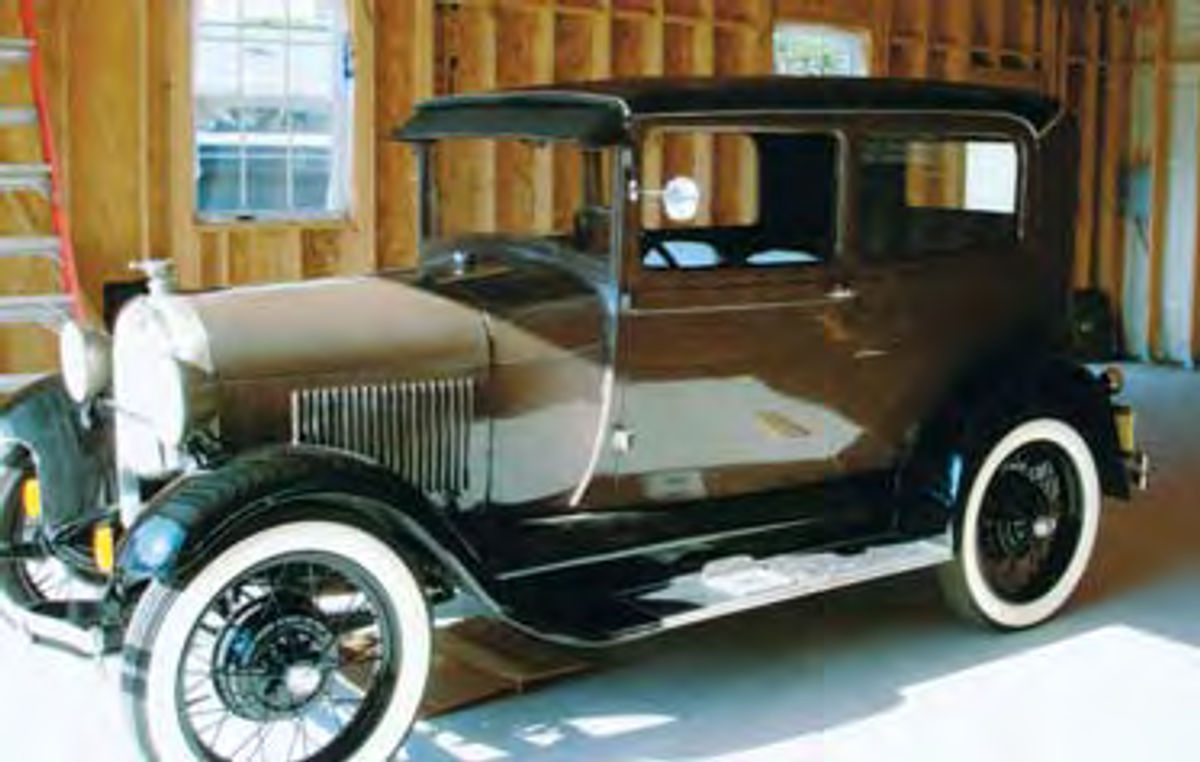 My grandparents purchased this car brand-new and we are the second owners. I was born in 1942 and as a little girl I can remember riding in this car with my grandmother. We lived in New Jersey at the time and she used this car every day wherever she went.

My grandparents also went on many trips with the Model A and my grandmother told me about them. In the early 1930s, even a drive to a state park could be considered a big family outing and a very long trip.

After my grandfather passed away, we moved to another small town called Allerton, New Jersey. My grandmother still drove the car wherever she went and as the car got older, people would wave to us as we went by.

When my grandmother passed away, I got the car. I had learned to drive this wonderful car as a young woman. It was such a neat car to drive and the only problem I had was the scratchy wool seats. I always wanted something to sit on.

As our children started to grow up, my husband and I took them for rides in the car. Our daughters were not overly impressed, but our son loved it. Then, when one of our daughters got married, her husband fell in love with the car too.

About that time my husband decided that he wanted to paint the car its original color and it became a family project. We helped to lift the body off the frame and he painted the frame and the body, and it looks real sharp.

Since then we have retired and moved to Leesburg, Florida—and we brought this wonderful car with us.

These two vehicles started life very dissimilar but today they are quite alike in many ways.

The suspensions include coil overs front and rear and both have disc brakes. The truck frame was spliced to a ’77 Firebird front stub frame with custom A-arms.

The rear suspensions are four-link configurations (two outer lower links, one center upper link and a panhard bar) which I designed and fabricated.

The rear end suspension shown in the photo is on the truck and is typical of both vehicles. Note the rear-mounted fuel tank. This involved adding a cross member which also supports the panhard bar attachment bracket. An additional cross member was added to support the center upper link. The original forward spring brackets were modified to accept the outer lower links.