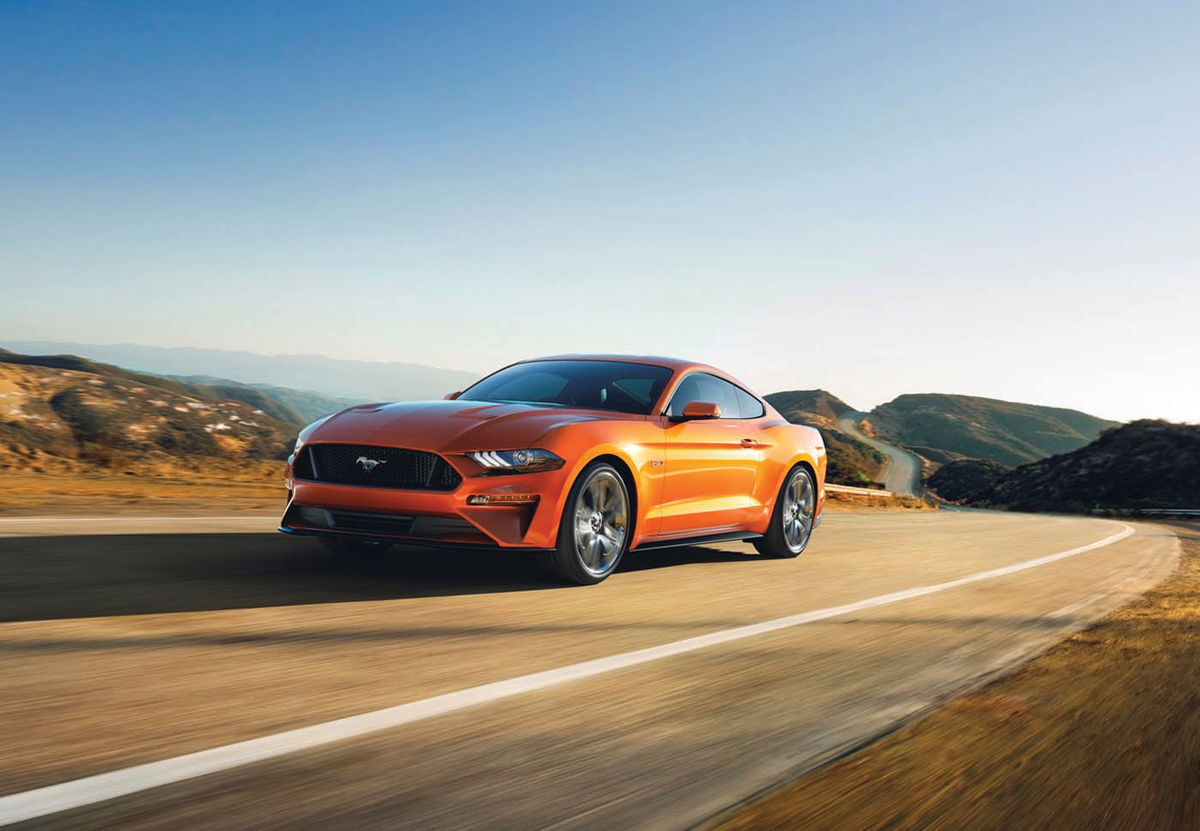 The 2018 Mustang GT will have at least one very distinctive feature. When equipped with the redesigned 5-liter V-8, a new 10-speed SelectShift automatic and customdesigned Michelin Pilot Sport 4 S tires, the Ford pony car will be able to travel from 0 to 60 mph in less than four seconds.

That’s right; in the time it takes to read these twelve words…the Mustang will be passing 60.

From there the 10-speed automatic transmission (it replaces a six-speed) comes into the picture. It can be set for one of five driving modes— normal, sport, track, snow/wet and Drag Strip.

In other words, select your driving mode and leave the rest to the computerized transmission.

Of the five choices, Drag Strip mode no doubt is the most intriguing of the group. Ford says it “has been designed to provide maximum acceleration and performance for straight-line driving. Drag Strip mode is primarily controlled by the transmission and delivers a significant acceleration boost, eliminating the lost time usually associated with automatic shifting.”

Carl Widmann, Mustang chief engineer, put it this way: “Typically, when you shift gears, you give up time. In Drag Strip mode, the engine torque doesn’t drop when you’re shifting. You get peak engine torque and horsepower straight through thanks to our new Ford-built 10-speed transmission.”

So that’s the secret… lots of power teamed up with computerized, electronically-controlled power shifting.

You remember power shifting. That’s where you shift gears without letting up on the accelerator. It’s something you did in your younger days but then stopped as you became more mindful of the strain it was putting on your car’s mechanicals.

As you probably recall, power shifting was immortalized in that Beach Boys’ classic “Shut Down” wherein they beat a 1962 Super Stock 413 Dodge Dart in their 1963 Corvette with a 327. How they managed to beat a 413 Dart equipped with dual quads and ram induction even if they did have “a fuel-injected engine sittin’ under my hood,” is a question for another day. But as the Dart started to pull ahead the Boys sang “Gotta be cool now, power shift here we go.” Makes you wonder how they’d do against the new Mustang. In fact, it’s too bad that the original group isn’t around anymore. They could’ve recorded “Shut Down II.”