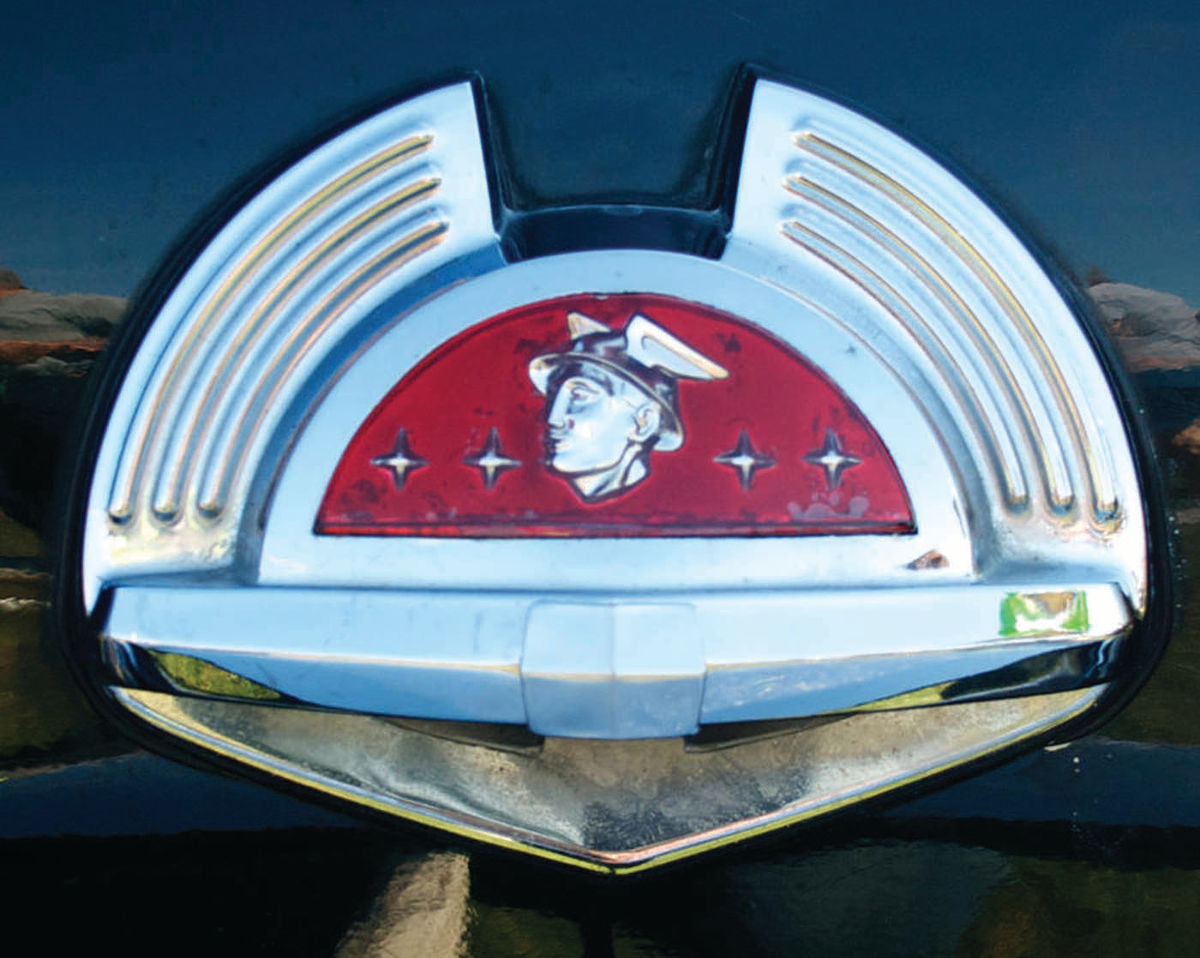 Ted, Your comment about wearing faded jeans and scuffed work shoes to a nearby Lincoln “Experience Center” (March) brought to mind the time when I accompanied my father in delivering a cow from our dairy near Florence, Oregon, to a dairy in Santa Rosa, California, in our 1949 Ford pickup.

After delivering the cow, the cow’s new owners took dad and me to the airport where I got my first airplane ride in a DC-3 to L.A. to visit my grandparents.

While we were there, dad went to the Hollywood Lincoln-Mercury dealer wearing his striped bib overalls.

Shortly a man came out and asked dad to leave and dad told him that he wasn’t ready to leave yet whereupon the man told dad that if he didn’t leave he would get The Boss. Dad said that was who he wanted to see anyway.

When The Boss approached, dad asked if he could write a check for “This Car,” a brand-new 1950 Mercury Coupe. The Boss took dad and his checkbook to his office and in a few minutes they returned and The Boss had a mouthful of “Mr. Turner this and Mr. Turner that.”

We went back to Oregon in our brandnew Mercury.

We still had that ’49 Ford pickup for several years and I always wondered how it managed to get back to Oregon. About 60 years later while visiting with dad’s brother he told me that he drove the pickup back to Oregon and used his engineer’s railroad pass on the Southern Pacific to get back home to Riverside, California.

I Wanted One of My Own

The Mercury was a very good road car and though I never drove it I remember dad commenting on how fast it was and how it held the road.

Unfortunately, that car had a jinx, I guess, as not long after getting home a storm blew up and there was a crash in front of the house. A large tree had blown over, crushing the car from the rear wheel on the passenger side to the door on the driver’s side. It took months to get it repaired.

Then the Mercury spun a bearing in August of 1953 while we were on our way to Portland to catch the train to Chicago for a cousin’s wedding. There was no time to repair it so dad traded it for a ’53 Ford Customline that was our first car with tinted windows.

Still, I always thought that Mercury was the neatest and most beautiful car I’d ever seen so when I was 16 I determined that I would buy one. All of that summer I worked three jobs every day starting at 4 a.m. moving the irrigation pipe on our place, and at 5:30 milking and doing chores on a neighbor’s farm and then going to work for eight hours on another neighbor’s Easter lily farm before doing the milking and irrigation again to maybe get in bed by 10 p.m.

After I had $550 in my hand I suggested to dad that we go to town and buy my Mercury. At that time the ’50 Mercurys were selling for $500-$550 but he said if I needed a car that I could use his. Now, 62 years later, my personal economy has never been able to catch up to the rising prices on those cars. However, I do have a 1929 Model A that is a driver I’ve kept going for 15 years or so.