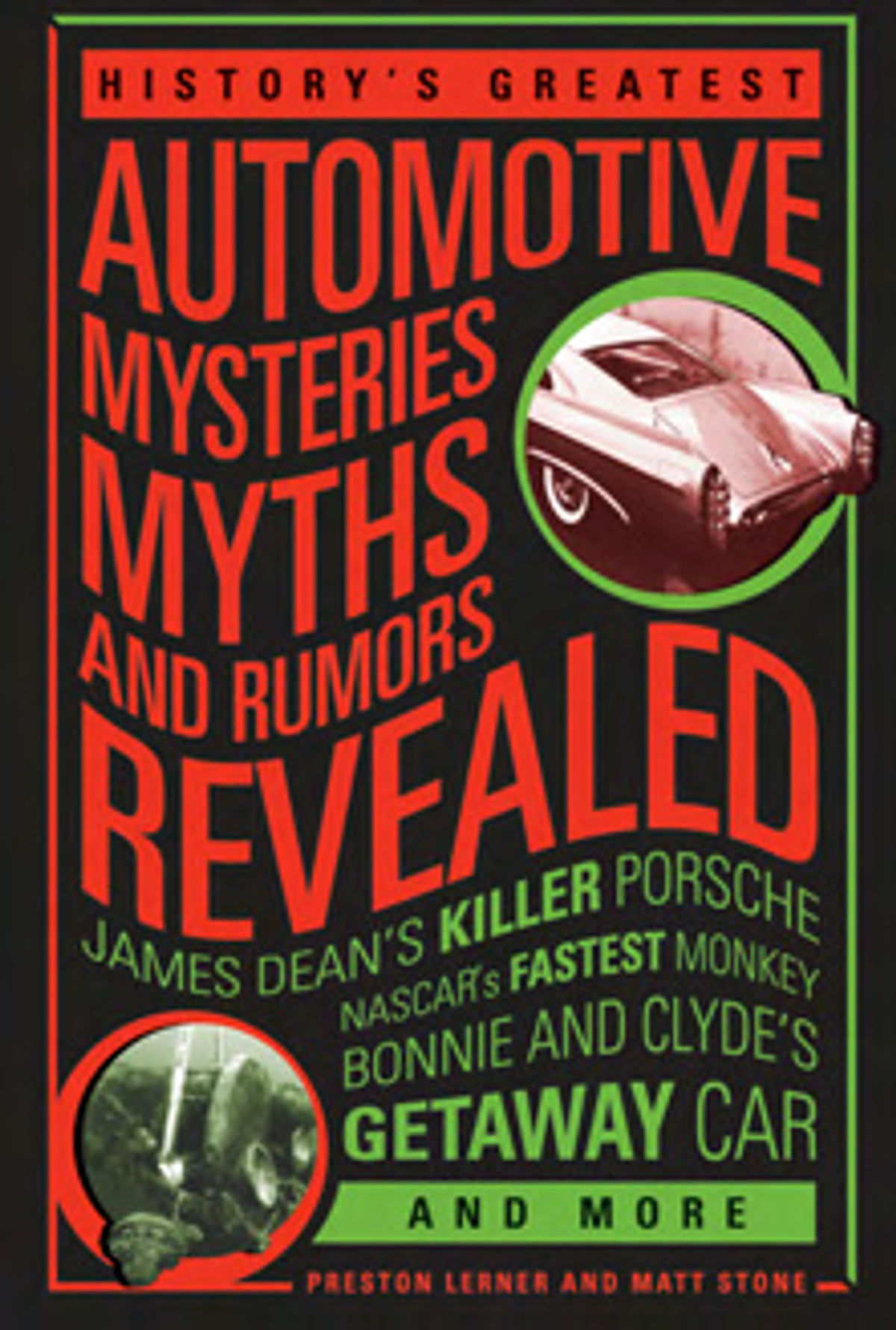 ANYONE WHO HAS more than a passing interest in cars and trucks has no doubt heard—and repeated— numerous automotive “legends” over the years. Sometimes the storyteller believes the legend to be true, but in many cases he isn’t certain so he presents it as something that may or may not be factual, but is a fun topic to discuss nevertheless.

Well, two automotive writers, Preston Lerner and Matt Stone, who no doubt have been hearing automotive legends for years, decided to dig into some of the popular tales and see if they could come up with “true or false” decisions regarding the stories. As they put it in their introduction to this book: “We interviewed participants. We rooted around in archives. We studied period photos. We dug up old videos. When we finished our research, we made a good faith effort to determine whether the legend was true.”

Among the automotive tales they examined were: Did infamous 1930s bank robber Clyde Barrow really send a thank-you note to Henry Ford praising the automotive pioneer for building fast cars that helped him to escape after pulling a holdup? Did someone really strap a couple of solid-fuel rockets to a Chevy Impala and wind up hitting a mountainside at 350 mph? How about the 1988 Hyundai Excel that reportedly hit speeds of 115 mph as the car’s owner (the late Rodney King) attempted to elude the police? Was Paul Newman really a skilled race car driver or was that a legend dreamed up by a publicist to enhance a macho image? And speaking of famous actors and their equally famous cars, was Steve McQueen really behind the wheel of that Highland Green 1968 Mustang 390 during the wellknown chase sequence filmed on the hilly streets of San Francisco for the movie “Bullitt?” And was the Porsche Spyder driven by James Dean when he was involved in that fatal collision really so jinxed that it brought bad luck even to people who owned a mere piece of the wreckage?

I’m not about to spoil the narrative of this book for you by leaking any of its findings. A good deal of the fun here is in following the authors’ steps as they sought to prove or disprove the various tales.

Besides, you’ll also find out if Henry Ford really said that customers could have a Model T in any color they wanted, “so long as it isblack.” —Ted Kade