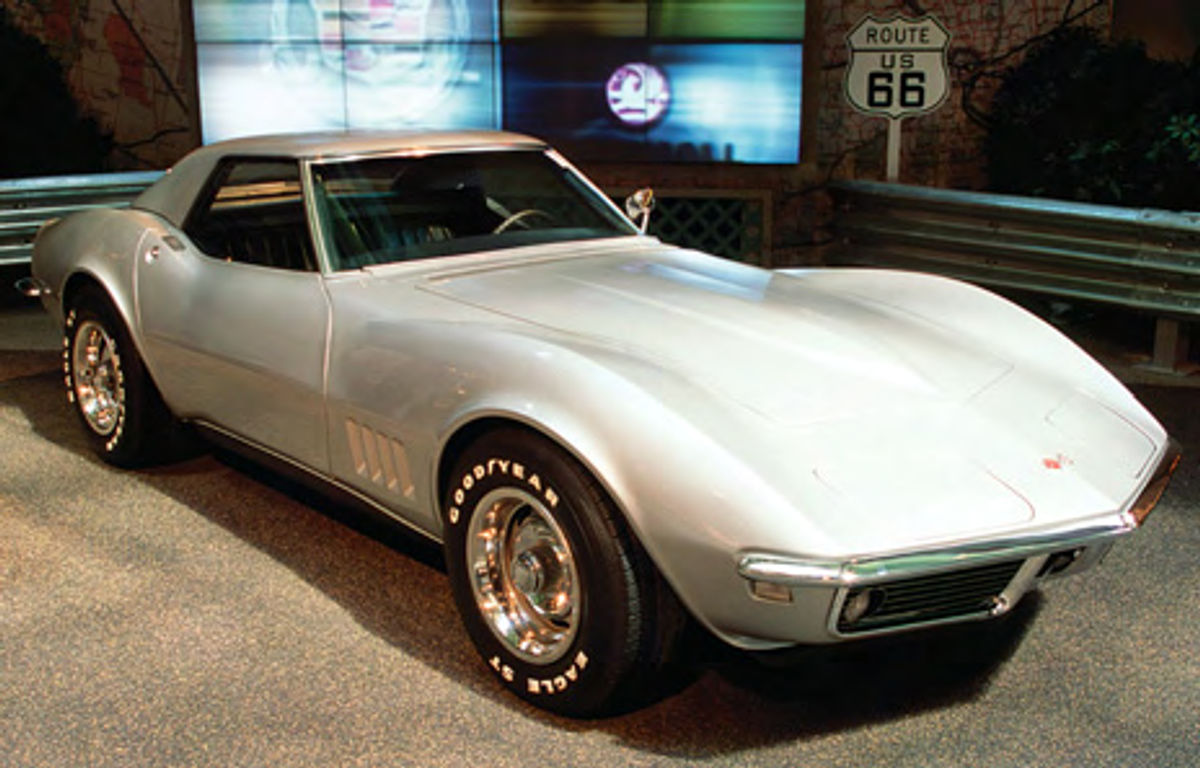 A Reader Reported Ongoing Problems With His Vette Brakes. Others Then Responded With Their Solutions.

Editor’s note: In the November 2011 Mechanic on Duty section reader William Burns said he had found that 1965-82 Corvette brakes “are quirky at best.” He said the brake pedal on his car had gone to the floor more than once and he now drives “at low speed” and doesn’t follow other vehicles “too closely.” He was seeking advice on how to handle the situation and also looking for aftermarket calipers.OurMODwritersupplied his recommendations and, once again, AutoRestorerreaderswerequicktostepup with their insight and experiences. Here are some of the replies we’ve received:

I am a hobbyist that owned and worked on a variety of Corvettes periodically over the years. I have to agree with the Mechanic on Duty that the “Corvette brakes are as good as or better than the brakes found on any other vehicle of that era.” And I am referring to the disc brake caliper systems as found on the Corvette from late 1965 through 1982.

For the past 27 years my summer driver has been a 1970 Vette, with a 350/350 engine and the brakes in question. I have also worked on others from 1967 and up. Just as a matter of background, of some interest or distress to some, I have not touched the brakes on my car for over 10 years.

You correctly stated two defining features of the Vette brakes that are inherent in maintaining a good system. I would like to elaborate on that a bit.

The Calipers are cast iron, of course many OEM calipers are. The significant feature here is not what the caliper is made of but in the design of the piston/caliper relationship. In many disc brake systems the piston is machined to be a close fit to the bore of the caliper. This allows the O-ring to be a round or square cross section. When the brake pedal is released on a different model car, the pad and pistons are knocked back from the rotor (actually by the runout of the rotor) so that the brake pad is no longer in contact with the rotor and it sits in its stationary position until the next braking action pushes it against the rotor again.

In the Corvette caliper design the piston is not machined to fit tightly into the bore on the caliper—it fits rather loosely and it has a spring behind it. It was designed this way so that the spring would always keep the piston pushed outward a little so as to keep the pad in constant contact with the rotor. This design derived from racing purposes where the piston and pad are in contact with the rotor all the time affording no gaps and no take-up slack to close up when applying the brakes thereby affording instant brake application when racing.

So, two things become inherent with this design. First, the piston being loosely fitted, has a knife-edged O-ring that swipes the bore of the caliper as it moves back and forth. And with such a delicate swipe, if the bores become pitted, DO NOT HONE THEM. If you hone the bores they will be too big and the knife edged seal cannot seal them. Secondly, If the rotor runout becomes more than the original specification it will cause the pistons to be continually pumped in and out thereby creating a sucking action which tends to draw air in.

So, because of the first point of design I’ve referred to, the answer to worn calipers is stainless steel sleeves. What this does is pretty much eliminate any pitting. And it will greatly extend the time it takes to cause any wearing of the bores.

The answer to my second point in the design is that you must maintain the runout of the rotors to within the original specifications. The two most prominent causes of severe rotor runout are worn rotors and worn or maladjusted wheel bearings. A wobbly bearing will cause a wobbly rotor which in turn will pump the caliper piston too much and cause air to get sucked in.

One more small point, I don’t believe the rear brakes are any more problematic than the fronts. It is just that the rear spindle with its bearings is a press fit into its hub and it cannot be serviced as you do with the front bearings. Therefore they don’t get serviced or adjusted at all until they are visibly bad. By this time you are already having brake problems. People tend to fix everything they can think of on the brakes but never fix the loose bearings.

Please, if I may, one small anecdotal story. I bought my 1970 Vette dirt cheap 27 years ago because the three previous owners couldn’t keep the brakes in the car. I was new to Corvettes but I was sure I would figure it out.

Well, it took me 10 years or I should say 10 seasons of summer driving. I rebuilt or replaced just about every component on the braking system—a number of times. Then I would get it all fixed up and bled real good, ready for the summer and by mid-summer or a little later, I would have air in the system and a mushy pedal. I just couldn’t figure it out. I even took all the rotors off and checked runout and also bought two new rotors for the rear.

In this time I had also rebuilt my complete rear suspension including new wheel bearings, which I assembled myself and they were within specification.

But nothing kept the brakes from sucking air halfway through the summer.

Then one day, while I had the car on jack stands and the wheels off, I had removed the left rear caliper and had secured the rotor with some large washers and the lug nuts.

I was using the engine to spin the rear end because I was looking for another problem at the time, when I noticed that the rotor looked like it wasn’t running true. I checked its positioning on the lug plate and then took the rotor to the bench devise to check its runout; it was fine. On just a crazy whim, I spun the rear axle with the motor and here visibly was the aberrant runout on the spindle/axle flange.

Even though I had rebuilt this spindle bearing setup years earlier, I never noticed that the spindle itself was bent. When the first owner had the car, it was damaged by a collision in the left rear. The shop that repaired the car never noticed the bent spindle either.

A friend showed me a clipping from one of your Mechanic on Duty columns in which a frustrated gentleman in Oklahoma asked for advice in repairing the poorly functioning brakes on his ‘69 Corvette. Your advice was excellent, but omitted one item which has been found to resolve “soft pedal” problems on many C-3 Corvettes.

The piston seal on the back side of the brake calipers in these cars (the side away from the rotor) is a brass cup that is pressed or hammered into place. The joint between this brass seal and the cast iron, or even stainless steel sleeve, of the caliper has been found to be imperfect over time. A possible culprit is caused by differences in the coefficients of expansion of the different adjoining metals—cast iron/stainless steel/brass, or just from microscopic imperfections in the adjoining surfaces; I’m not sure.

A seemingly too-simple solution, but one which has worked well for me and others over the years, is to smear a dab of J-B Weld into the joint around the brass seal—do this after pressing in the seal. This solution was given to me by a highly regarded Corvette restorer of many years.

Excellent response to Mr. Burns’ letter. One additional condition we find in our shop from time to time is the previous application of some type of adhesive on the back of the disc brake pads, frequently supplied by the pad manufacturer. Corvette disc brakes from ’65 through ’82 should never have any adhesive material applied.

The factory design intended for the pad to be able to float on the retaining pin. Adhesives can cause the pistons to cock in the bore and stick.

A light coat of Sil-glyde or similar product should be applied to piston-to-pad contact area.

Thanks for a great publication!

Corvette brakes are troublesome to say the least. I had problems too, first with getting a good rebuilt unit and I replaced the fronts twice. Then I found a great corvette shop in Mount Holly, New Jersey, called Corvette Paramedics (corvetteparamedicsinc.com).

I purchased front and rear calipers and received instructions for bleeding brakes, after numerous attempts doing it the typical way. Please share the following with Auto Restorer readers:

If the vehicle is equipped with power brakes, deplete the vacuum reserve by applying the brakes several times.

1. Fill the master cylinder with brake fluid and keep at least one-half full of fluid during the bleeding operation.

2. With the proper size box end wrench or tool J-21472 over the bleeder valve, attach bleeder tube to valve and allow tube to hang submerged in brake fluid in a clean glass jar.

3. Open the bleeder valve and fully depress the brake pedal.

4. Close the bleeder valve and release the brake pedal.

5. Repeat steps 3 and 4 until all air is evacuated.

6. Repeat the bleeding procedure at all wheels if the entire system is to be bled.

And, here’s a follow-up from William Burns,the reader with the original inquiry:

I probably will purchase and install them on my car and will give a report later on. 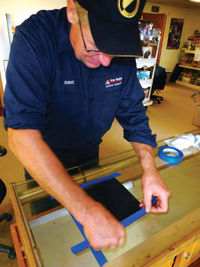 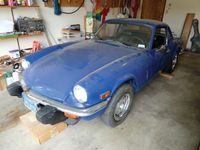