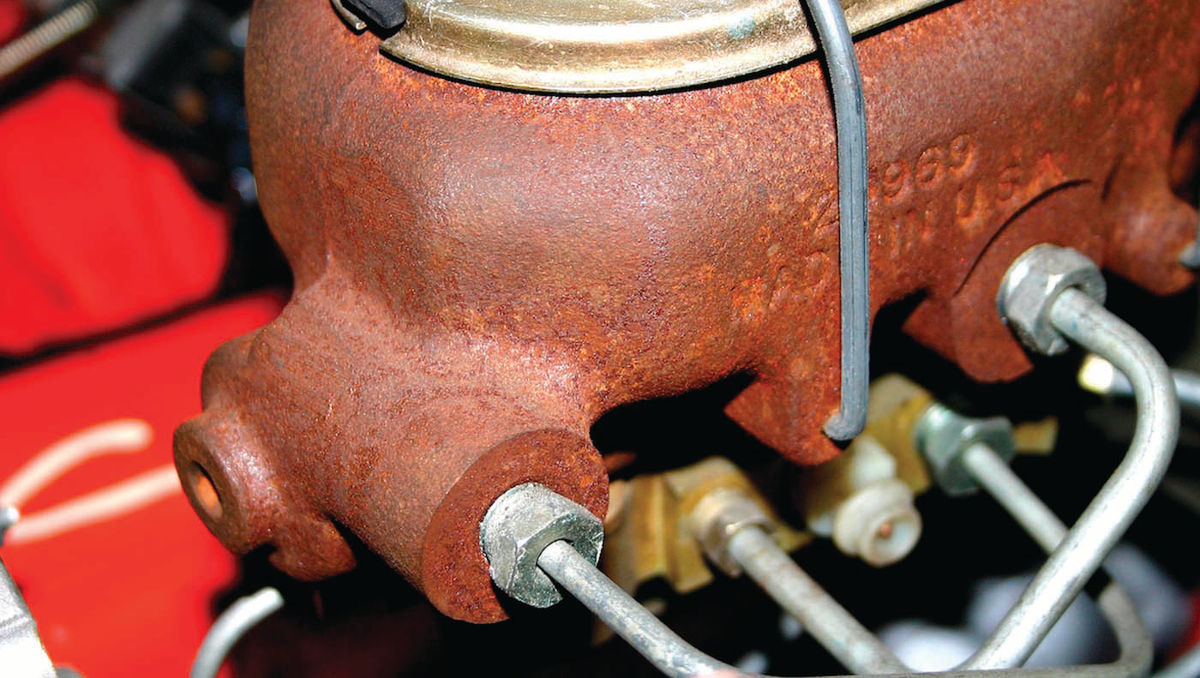 My question concerns my 1968 Checker Marathon with a 327 engine that has been recently restored. I have two issues that may or may not be related, and I would like your insight. When I fill up the gas tank I get some leakage of gas around the sending unit seal at the top of the gas tank. I can see drips of gas on the floor of the garage and the smell is not pleasant. I had the seal repaired, but the problem has continued.

The other issue is when I take the cap off to fill the tank, air rushes in or out, making me think there is a vacuum or pressure buildup in the tank. I remember when I worked as a gas station attendant in the 1960s many cars had vented gas caps. The one I have on my Checker seals the tank without venting. Should I have a vented gas cap, or should my gas tank be vented some other way to allow air in as fuel is used? Also, would venting decrease the pressure in the tank so when full the gas won’t be forced out around the sending unit?

As you mentioned, when fuel is pulled from the tank by the fuel pump, air must be allowed in to fill the void. That means there must be some sort of vent to allow that to happen. In older cars it was either done using a vented gas cap or a small tube welded into the filler neck for the gas tank.

Without venting, your engine will be starved for fuel and it is even possible for the fuel tank to collapse due to the vacuum created when fuel is sucked out and air cannot replace it.

The other side of the coin is that when you fill your tank in the warm summer months, the fuel is coming from an underground tank where it is kept cool. But when you fill the tank the fuel comes into contact with a much warmer atmosphere and starts to expand, causing pressure in the tank that the vent normally relieves. There should not be a rush of air in or out when you take off the gas cap because the system was designed to balance itself in service.

If you fill the tank up into the filler neck, as it gets warmer the fuel will either run out of the vent in the filler pipe or come out around the gas cap in the case of a vented cap. It wasn’t unusual in the old days to see cars with gas seeping out of the tank while they sat out in the hot sun.

It sounds like your Checker needs a vented cap if it is forcing fuel out through the sending unit. Either that or the vent tube somehow got pinched off or is clogged. Fortunately, the problem is easily remedied by using a vented gas cap.