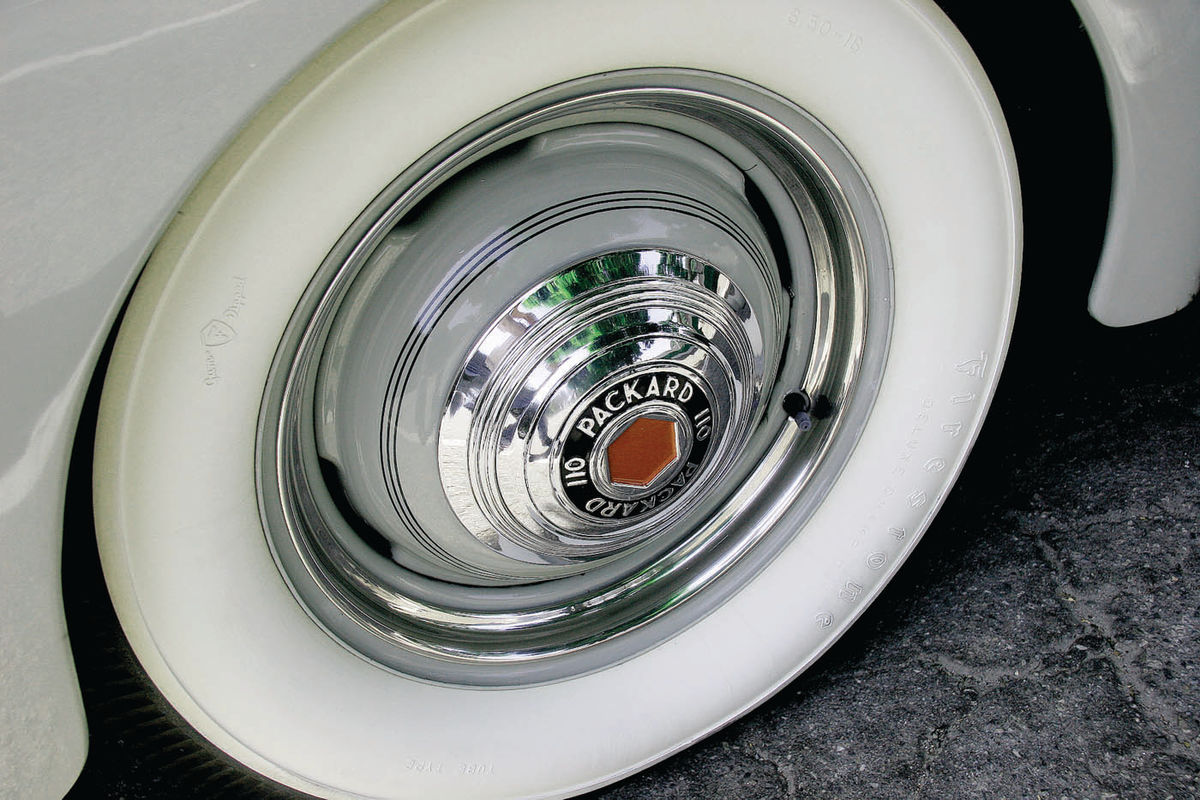 I am restoring a 1949 Buick Roadmaster and just got the chrome pieces back from the chrome shop. Do you know of a good way to paint the lettering in the hubcaps and other trim so it will look professional? I tried a small brush and some touch-up paint, but my hand is just not steady enough to do it right.

You will need a rattle can of the color you want the lettering to be, some lacquer thinner, cotton ear swabs, a piece of chamois and a paint stick, plus a sheet of newspaper and a little masking tape.

Start by wiping the hubcap down with lacquer thinner to remove any grease, oil or fingerprints. Now roughly mask off around the area around the logo or painted area on the hubcap. Next, shoot on the color for the lettering, and then pull off the masking paper. Wrap the piece of chamois tightly over the end of the paint stick and then dip it in lacquer thinner.

Shake it off so you don’t have drips, and then start rubbing off the tacky paint around the lettering by pulling the end of the chamois stick over the raised surface of the hubcap, being careful to not disturb the paint in the recessed areas. Finally, dip a cotton ear swab in the thinner and clean up any little unevenness along the edges.