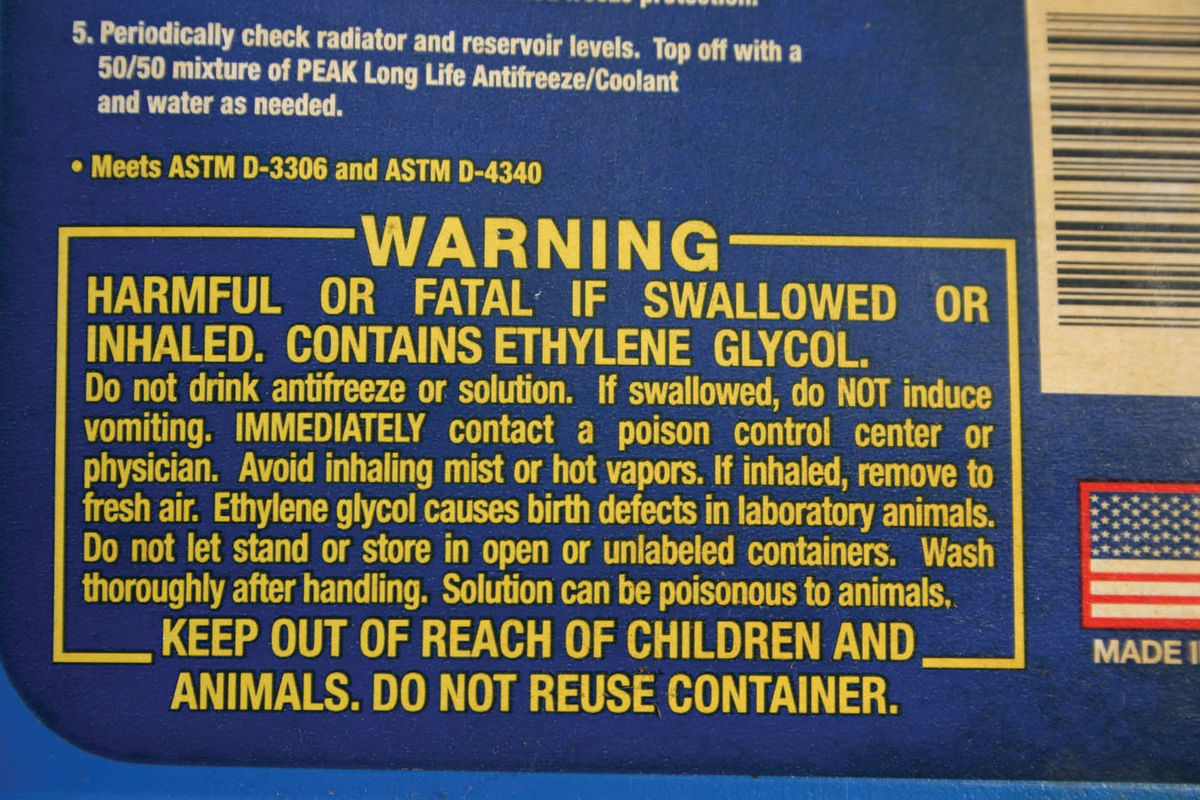 In the November Mechanic On Duty you responded to Nathan Ladley’s potential coolant leak with a bit of disinformation that, I believe, fosters and/or exacerbates a misunderstanding and mistrust of chemicals in general, to wit: “Coolant is toxic, so you don’t want it wafting through the passenger compartment...”

“Coolant” can be primarily ethylene glycol or propylene glycol, as well as additives for inhibition of corrosion (minor components). While pure ethylene glycol can be toxic if ingested in sufficient quantity (100mL for an adult, but note that coolant is typically run at 50%) propylene glycol is harmless to humans (and is, in fact, used in foods and pharmaceuticals!)

However, in this situation we are talking about aerosol exposure, and NEITHER of these compounds is considered toxic for that route. There is no OSHA PEL (personal exposure limit) for either compound, but OSHA has set a ceiling limit of 50ppm for ethylene glycol, based on eye and throat irritations seen at higher exposures (but even this limit, which is designed to prevent such irritation, assumes 24 x 7 exposure at that level to be “safe”, i.e. not prone to cause the aforementioned irritation). Presumably, as propylene glycol is non-toxic, no exposure limit needs to be set.

So, please! Mr. Ladley’s Bentley IS NOT trying to kill him with vapors from the coolant system. Should he find and correct the issue? Sure, but not based on a fear for his health or life!

I am not a chemist, so I did a bit of checking around, beginning with perusing a bottle of coolant I have in the garage. It is the standard stuff they sell in auto parts stores and contains ethylene glycol as its main ingredient. Its label says:

I don’t think the makers of ethylene glycol-based coolant and antifreeze would go to the trouble of warning us unless there was a real problem. One needs to keep this most common type of coolant away from pets and kids, and you won’t want to imbibe it yourself either. Many animals (and some people) have died as a result of doing so.

As for Propylene glycol, reliable sources state that it is considerably less toxic than ethylene glycol and is sometimes labeled as “non-toxic antifreeze.” It is used as antifreeze where ethylene glycol would be inappropriate, such as in food-processing systems or in water pipes in homes where incidental ingestion may be possible. For example, the FDA allows propylene glycol to be added to a large number of processed foods, including ice cream, frozen custard, salad dressings and baked goods, and it is commonly used as the main ingredient in the “e-liquid” used in electronic cigarettes.

Nevertheless, propylene glycol types of coolants or anti-freeze are not meant for human consumption and contain other rather unsavory components to make them do what they are supposed to do; so ingesting the stuff would not be good for pets and people, whether it is imbibed or inhaled