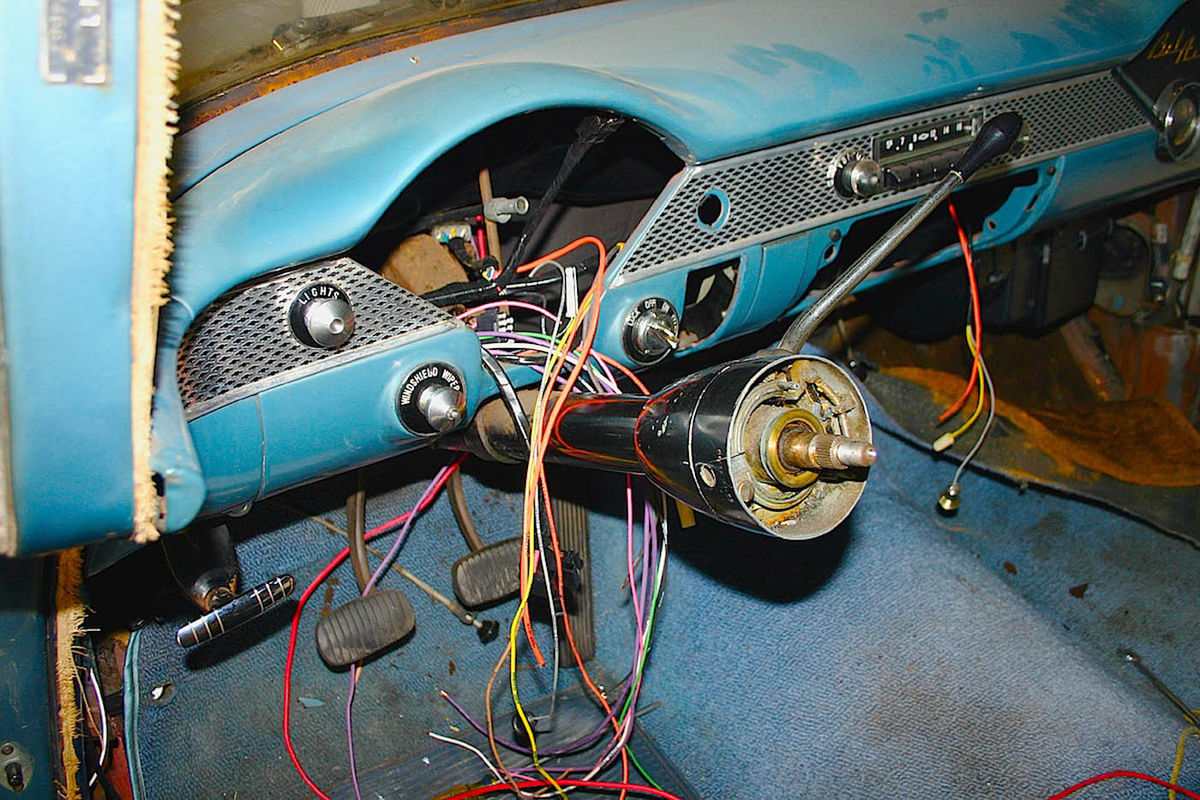 I own a 1975 half-ton Chevy Silverado pickup with an automatic, four-wheel drive and a fiberglass short bed. My problem is: When the truck sits for a day or two it will not start due to a weak battery. This situation began approximately two years ago. Since then I have replaced the battery twice. Now I just put a battery charger on it until it is fully charged. But I’m getting tired of this routine.

My local mechanic told me he has two other Chevy trucks similar to mine with the same issue, but he has not stated how to troubleshoot the problem. Have your readers heard of this problem, and do you know how to fix it? I have checked all the obvious causes such as the radio, interior lights, heater and air conditioner. Are there any tests I should do to isolate the cause? It may be a recall issue since two other trucks seem to be having the same problem.

I don’t know of any issues peculiar to the charging systems on those trucks. If readers are aware of any, please drop us a line and help us solve this mystery. To begin with, if we can assume the battery is good as you say, then the problem is most likely with the voltage regulator, the alternator or quite possibly due to resistance caused by bad connections or faulty wiring.

Start by checking the major connections, such as the battery cable and alternator contacts. Look them over and wiggle them to see if they are loose. And then, if they are anything less than tight, clean and shiny, take them loose and clean them completely with a wire brush. Also, take a sharp knife and scrape the frame and engine block where the ground wires bolt into place before tightening them securely. Sometimes, if these surfaces get painted during restoration or become corroded they will create resistance that will not allow the battery to charge properly.

Once you’ve cleaned the connections the simplest way to check for excessive current draw from your truck’s battery is to pull the truck into the garage and then make sure all the accessories, such as lights, heater and air conditioning are turned off. Next disconnect the ground lead to the battery then turn off the garage light. Now just touch the ground wire to the negative or ground (in some older cars it’s the positive) terminal. If you get a spark, current is being drained from the battery. A few items can draw a little juice momentarily such as the clock and the computer, but a sharp spark after repeated touches indicates a short circuit or an accessory that is on all the time and drawing down the battery.

Another basic item to check is the fan belt. If it is too loose it will slip, and the alternator will not spin fast enough to do its job. This may sound too obvious, but you’d be surprised how often it turns out to be the cause of various problems.

Some will tell you to test the charging ability of the alternator by disconnecting the negative battery cable with the engine running. Don’t do it. A good alternator will keep the engine going, but you risk frying every electronic device in your vehicle. The instant you disconnect the battery the voltage regulator pegs out the alternator and jumps to as high as 150 volts depending on engine speed. When the smoke clears you may well have to foot the bill for a lot of expensive electronics.

To check the charging system further you need a multi-meter or voltmeter. Multi-meters are available from auto parts stores for a few dollars. To begin with, make sure every accessory is turned off in the truck. Adjust your meter to the 20-volt setting and then start the engine. Touch the multi-meter positive (red) probe to the red terminal connector on the alternator, and then touch the negative (black) probe to an unpainted part of the car’s body or frame, or even the negative terminal of the battery. If the alternator is functioning as it should, the meter should read between 13.8 and 14.2 volts.

If the reading is greater than 15 volts it is likely the voltage regulator or the alternator is defective. And if the reading is lower than 13 volts, it is possible that the engine idle speed is too low for the alternator to work effectively. If that is the case, try revving the engine to 2000 rpm or above and take another reading. If the voltage is still low, chances are the regulator is bad or the alternator itself is defective, in which case it should be replaced. The only other item that could be causing a problem would be a computer engine management system, but that would need to be checked by an automotive electronics specialist.

Postscript: After we researched and cogitated to come up with the above advice, Brendan sent us a follow-up: “I may have found the answer to the problem with my truck. It had an alarm system when I bought it, and I had it removed. Now when I remove the key from the truck it appears to solve the problem. Maybe I’m nuts, but Jim might want to know this. I would not want him spinning his wheels.”

Brendan’s note reveals a very good point, which is: No matter how much experience and logic you throw at an old car problem, there is always the possibility of the unexpected and unanticipated. Also, any time you alter a car or add an upgrade you introduce a wild card to the deck. It is a good idea to keep a journal of the things you have done to your collector car, along with a few digital photographs, plus installation instructions and the like, because five or 10 years later you won’t remember everything, and you may be left in the dark if you have problems.

Also, as it turns out Brendan wasn’t the only reader with a starting problem, so we didn’t spin our wheels because the above advice tells you what you need to know to troubleshoot a charging system, and we offer it in the hope that it will help solve other restorers’ problems. Read on for more on this topic…