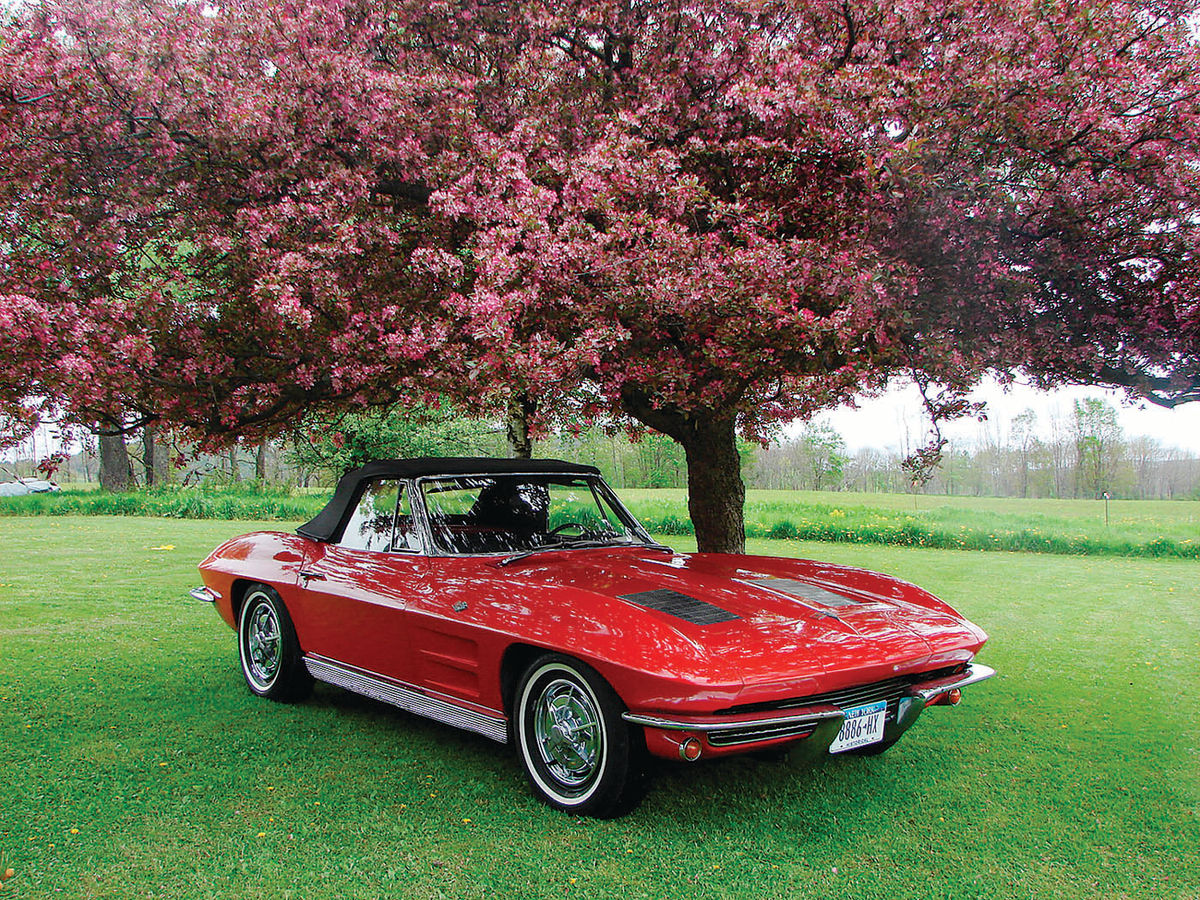 When His ’63 Corvette Was Stolen, Important Numbers Were Changed. Now He Wanted an “Original” VIN On His Recovered Car.

WHEN THE NEW York City Police Department recovered my stolen ’63 Corvette roadster, I thought my problems were over. But some of the numbers on the car had been changed — the ones under the glove box and the ones on the cylinder head. If I registered it with the original paperwork and later was stopped by the police, they could impound the car because the forged hard numbers wouldn’t match the registration. I didn’t want to go the route the police recommended and get a cheap-looking sticker that would be glued to the doorpost. If I agreed to this, my Corvette’s original identity would be lost forever. Also, I was sure that changing the numbers would devalue the car.

I planned to find an expert to grind down the forged numbers and put mine back. Also, I would have to have a new VIN tag made up. Then I’d be able to register the car as I had in the past. I learned that it was a federal offense to make up an identification tag for an automobile. After a lot of asking around, I found one guy in a gas station in Bay Ridge, Brooklyn, who said he could supply a blank tag for $150. Then I would have to find someone to emboss the correct-looking numbers. After that, I would have to install the tag with tack welds and there was no guarantee that the final product would be a perfect undetectable forgery.

I decided to write to Chevrolet about my dilemma. I told them that after all I did to recover my car, the police wanted to change its identity with a cockamamie sticker.

I got a reply from Rick Severson, the area service manager of Chevrolet’s New York zone. He said it was possible to get a new replacement tag if I could supply three things: One, a police report showing that my car had been stolen. Two, an affidavit made out by a manager of a Chevy dealership stating that he found its identity was correct. Three, a rubbing of the identification numbers taken from the chassis above the rear wheel on the driver’s side.

Great! I thought. This sounds easy enough. But when I approached several managers at Chevy dealerships they weren’t familiar with this procedure and turned me down. Finally, I talked to John Barrett at Kin Chevrolet in Brooklyn and he agreed to check the car. He inspected the engine with its forged I.D. and checked numbers on the transmission and differential. He said that except for the forged numbers, the car was completely original. Then he pulled the left rear wheel and took a rubbing with a pencil and paper in the narrow space between the metal and the fiberglass. The thieves hadn’t been able to change the identification in this tight spot. The numbers came up clearly mine and John Barrett signed the affidavit. I saved the rubbing to send to Severson.

When I finally tracked down Auto Crime Detective Pete Rousseau who assisted in helping me track down my car, he couldn’t vouch for the specific facts and dates I presented because “it’s been a long time since the case was closed.” Also, the Auto Crime Unit gave me the runaround when I asked for a statement. It seemed the police were a bit paranoid when it came to vouching for somebody.

Then I thought of the auto pound. Surely they would have a record of when the car was brought in. I made a trip out to Queens and spoke to Lieutenant Edward Schretzman. He noted the facts and said if all checked out he would send me the proof I needed. In a few days a police department letter, attesting to the car having been stolen and recovered with all the dates, arrived in the mail.

I sent the required information to area manager Severson. Six weeks later a tag, hand delivered, arrived at Kin Chevrolet for installation by their Corvette mechanic. The procedure caused a little stir. Other mechanics and customers gathered around. Some admired the car. Others asked how I got it back. No one had heard of getting a replacement VIN tag for an older car. When I later told an expert in these matters about it, he was amazed.

There was one disappointment. Though authentic, the new tag did not resemble the old one. It looked like the kind they now use in newer cars and was installed with the use of rivets. But, the numbers were mine — and original. Kin billed me for the mechanic’s labor, so I have a receipt.

In order to do the correct job with the numbers on the engine, the right cylinder head had to be removed. The car ran great so I had no reason to pull the head. The three other locations that displayed the correct VIN would satisfy anyone. If I ever needed engine work, I’d pull the head, have the I.D. pad ground down and all the correct numbers stamped in. I had just about erased all the physical damage the thieves had done to the car. The whole procedure for getting the tag lasted about four months. But compared to the long year it took to track down my stolen car — this was easy time.

The preceding is an excerpt from Berkson’s book, “Corvette Odyssey — Search For A Stolen Stingray, 2013.” The 200- page 60th anniversary of the Corvette edition describes the author’s obsession to recover his Corvette after it was stolen from outside a hospital where his son was being born. To obtain a signed copy, visit TerryBerkson.com or send a check for $9.95 to: Terry Berkson, 349Gulf Road, Richfield Springs, NY 13439.