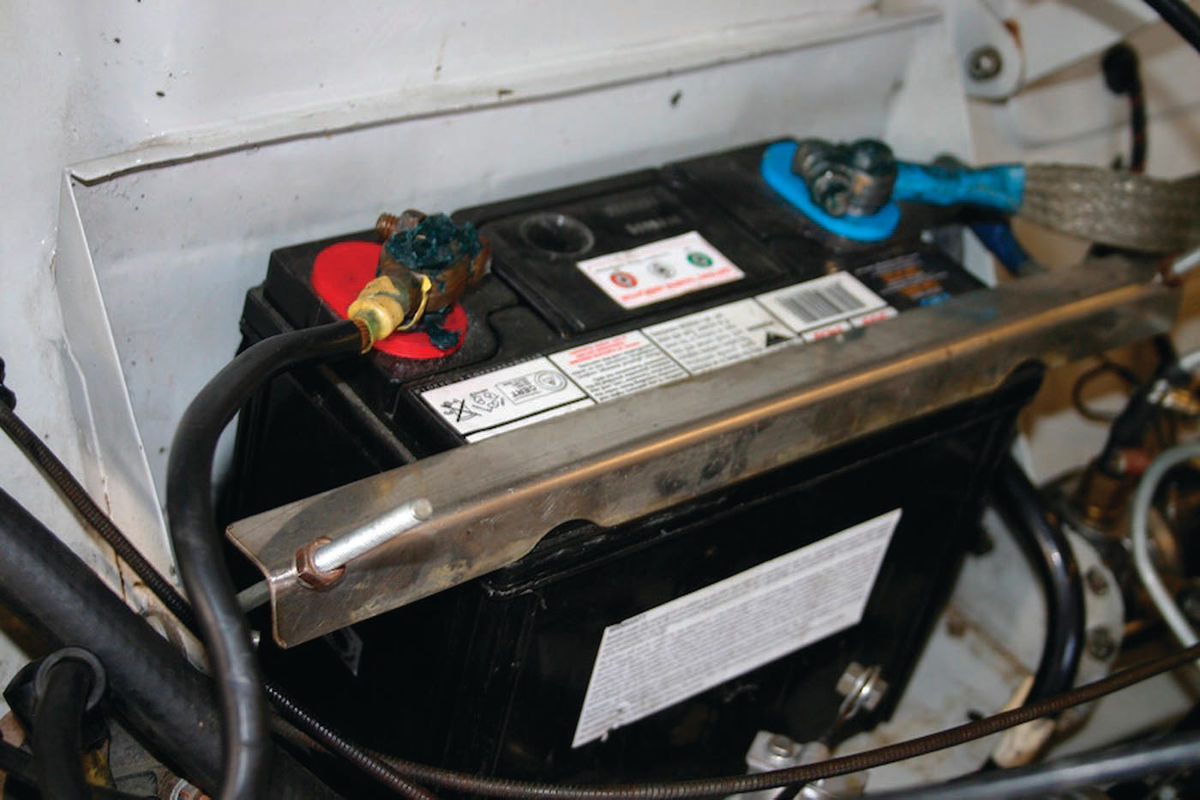 I’d like to see a story about batteries. In the olden days, batteries were big and heavy. Then, maybe in the ’70s, they suddenly were small and light; also cheap. Then, just as suddenly, maybe 30 years ago, they became very heavy and expensive. Yes, lead got more expensive, but it is cheaper again.

My son told me most of our batteries are made of lead that has been used multiple times, so they don’t hold a charge well. Some batteries, such as from Vietnam, are using newer lead and they hold a charge better. He said things can’t be recycled forever, as Japan discovered when they re-used steel until it became pot metal.

Another thing that bugs me is the price of motor oil. A quart was less than $1 until the embargo, when a barrel of oil went to $130 and quarts went to nearly $5.

Oil soon returned to about $60 a barrel and we’ve come through a glut, but quarts are still nearly $5. Is there a story here?

Tires for old cars are getting harder to find, especially now that new cars have 20” wheels. Radial tires have a shelf life of about 6 years; they may look new but they can suddenly fail. (Always check the date when buying tires; don’t cheat yourself with less than six years of ownership.) Bias ply lasts just about forever but they aren’t available locally or even at their warehouses so must be mail-ordered.

A couple of these questions are a bit tangential to this column’s purpose, but as your mechanic/ restorer on duty I will do my best to answer them, not being an engineer or an historian. It turns out that a fellow named Alessandro Volta invented the first battery in 1799, but his was not rechargeable.

And then in 1859 a French physician named Gaston Plante came up with the rechargeable lead acid battery still in use today. There are a couple of other types of batteries being used in internal combustion engine cars as well, but they are the exception. (One is the VRLA type also known as absorbed glass mat (AGM) batteries, which are more tolerant of deep discharge, but are more expensive and less common.)

Up until that time, cars were started using a hand crank, and only needed a non-rechargeable dry cell battery for starting and low rpm situations. That is because they used magnetos for spark, and at low rpm magnetos were barely sufficient. Headlights were gas- or kerosene-powered, and there was really nothing else that required electrical power at the time.

The new electric starting system needed a much more powerful battery to turn over the engine, so six-volt wet cell batteries were employed, along with generators, to recharge the battery. This system worked well for the next 40-plus years, but after World War II big high-compression V-8s became common and radios, air conditioners and other electrical accessories were added, so 12- volt batteries came into use in the mid-1950s.

I cannot speak to the quality of the recycled lead in modern car batteries except to say that automobile batteries are almost always recycled. Old dead car batteries are stripped of their lead, often in third world countries, and the lead and cases are recycled to make new batteries. In fact, the 12-volt car battery is the most recycled product on earth with close to 100 million of them being recycled each year.

Up until 1971 when the sealed lead acid battery came into use, car batteries had openings on top so you could replenish them with electrolytes. Sealing them made them safer and easier to use, but it also made them harder to recycle. Before sealed batteries, the tar in the tops of the old-style batteries could be melted out of them, the lead plates removed, and the case washed out and reused.

As for motor oil, yes, it is more expensive than it used to be, but it is also much better. Originally motor oil was just that…Oil. But these days it is a witches’ brew of oil, plus detergents that hold contaminants in suspension to keep them from forming muck. There are also corrosion inhibitors, anti-oxidants and anti-foaming elements in modern motor oil too, and all of this means you can go longer between oil changes than you could with cars built 40 or 50 years ago.

However, one element that has been removed from modern motor oil is ZDDP or zinc dithiophosphate, which was added to motor oil back in the 1940s as an anti-wear additive, and helped avoid valve lifter and cam wear in the old smooth tappet engines. ZDDP was removed because it clogged catalytic converters, but then the auto manufactures had to go to roller tappets as a result.

If your classic has the old style smooth tappets and does not have a catalytic converter, you will want to go with either motor oil made for classics that still has the zinc oxide in it, or add the ZDDP (available from auto supply stores) to the oil you are using. Otherwise you will run the risk of premature wear. This is especially true of super-tuned engines that will be pushed harder than they were originally designed to operate.

Finally, as to old car tires being hard to find, they really aren’t if you know where to look. You may not be able to purchase them locally, but tires for almost any car ever made are available from the sources listed below. And you are right about the date codes. A well-known Southern California source for classic car tires has been known to sell out-of-date tires, so I have not recommended him.

In view of that, I would check any new tire you purchase as to their DOT date code from any of the vendors, assuming one is provided. Some tires for older classics may not have the code. If yours do, it will read like CVULL2FC3506 with the last four numbers being the week and year the tire was manufactured. This number is from a radial tire on my 1955 Chevrolet and it tells me that it was manufactured the 35th week (September) of 2006. The best classic car tires sources are: